An Air Conditioned Pyramid In The Desert 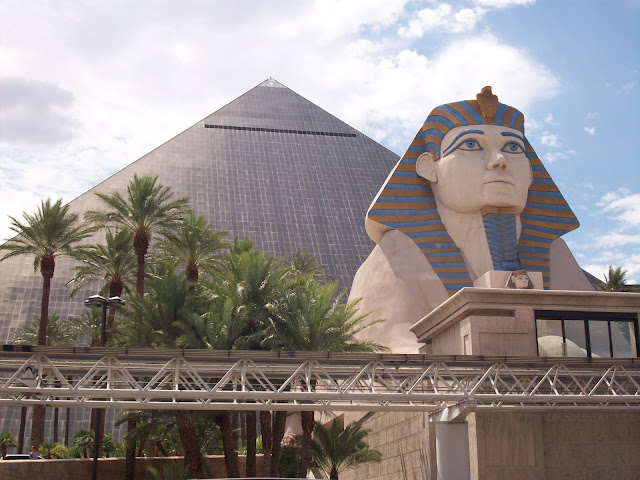 Luxor Casino Hotel
The Strip - Las Vegas, NV
If they ever decide to turn The Stand into a theatrical movie, they really ought to consider switching Randall Flagg's base of operations from the MGM Grand to the top of the Luxor pyramid.  It's a 30 story casino hotel next to The Excalibur on the Vegas Strip.  We're staying here for our honeymoon, and let me tell ya, this place brings cheesy fun to a whole new level. 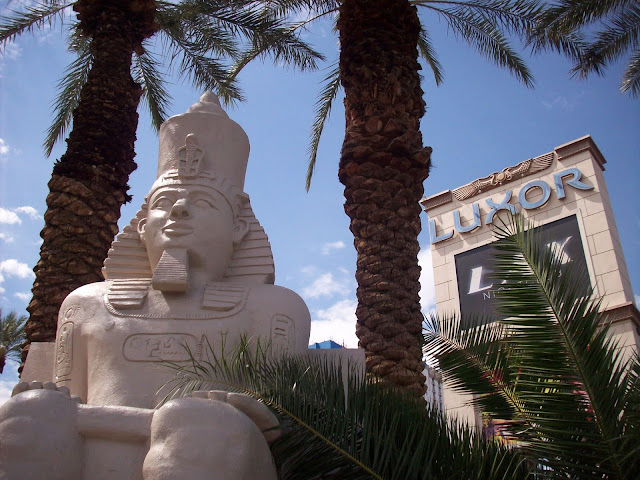 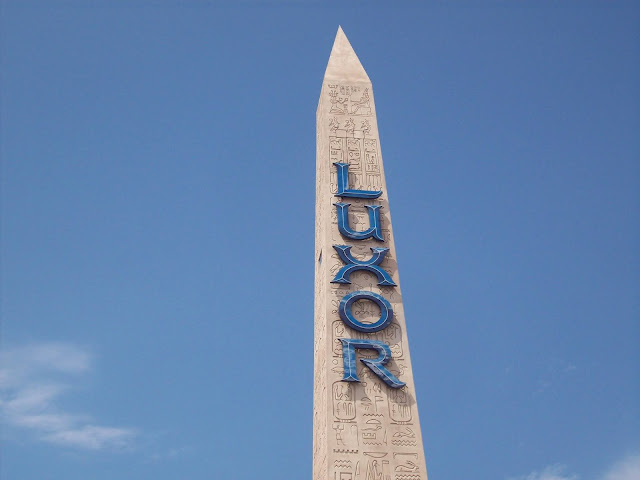 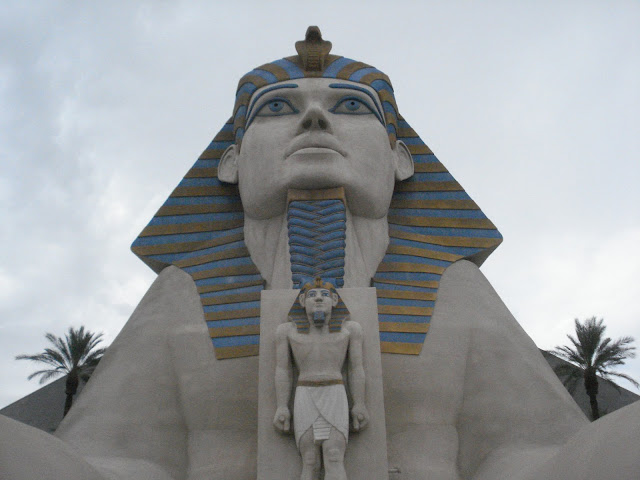 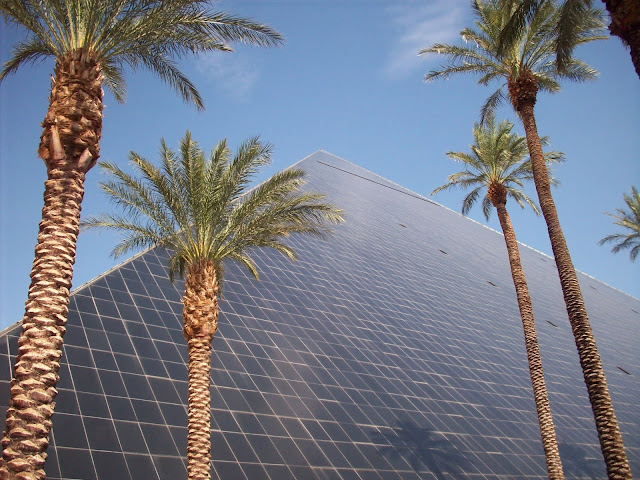 Work started on the pyramid in 1992 and was finished by the following summer at a cost of $375 million dollars.  The Luxor opened on October 15th, 1993 with 2,526 rooms and it was the tallest building on The Strip at the time. 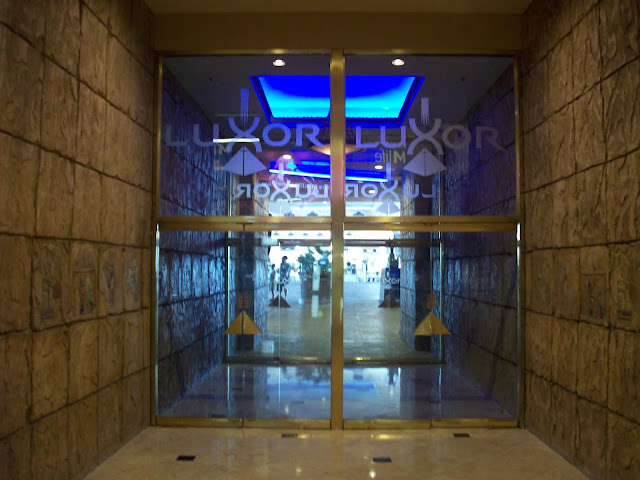 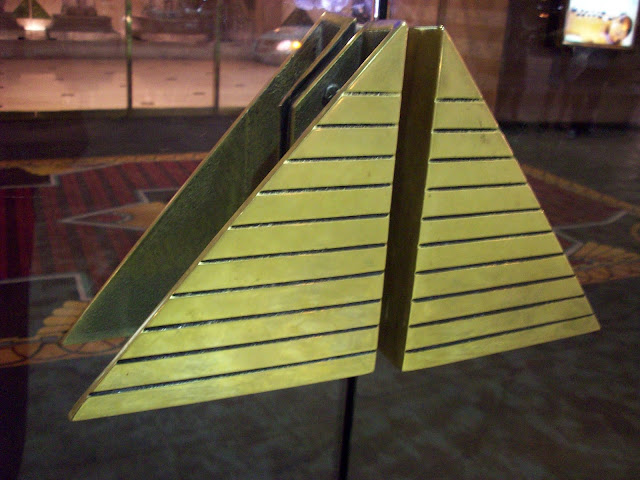 Every part of this casino hotel makes you feel like you're at an ancient Egyptian theme park.  In previous years, it had even more of a theme park feel.  They used to have a Nile River ride that took you around the casino, but it closed in 1996.  There was also a replica of the tomb of King Tutankhamen, but that closed in 2010 and was replaced with something even better (more about that later). 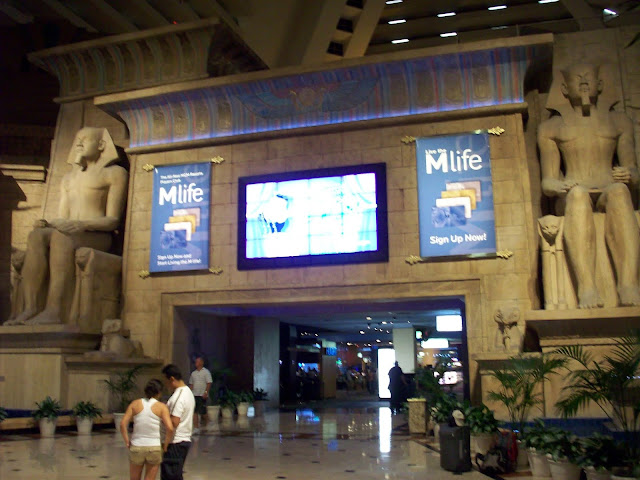 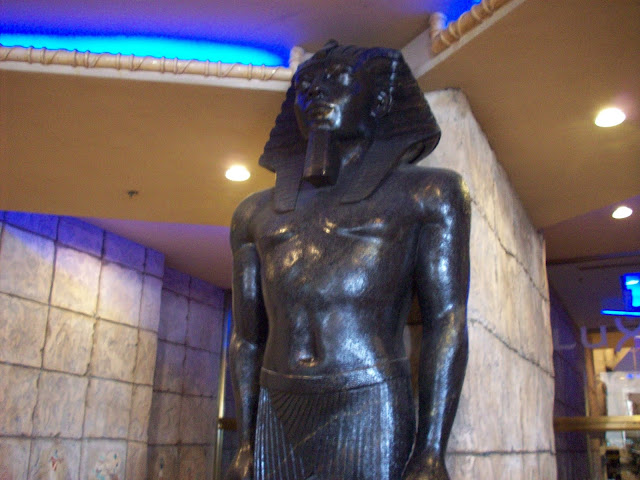 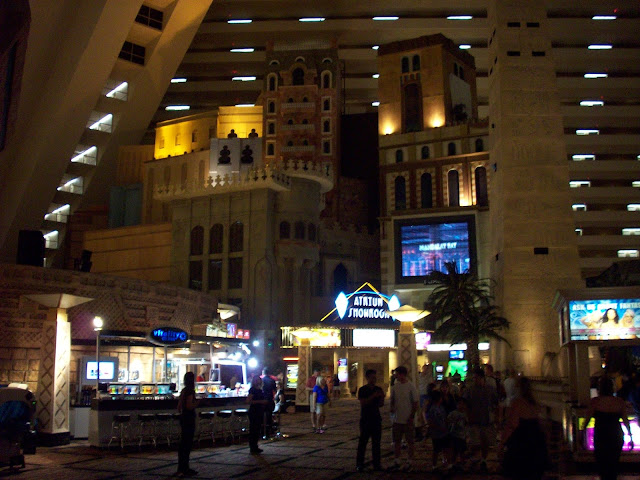 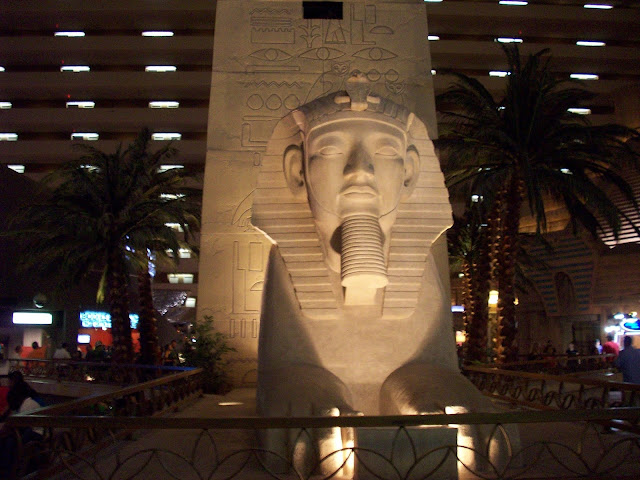 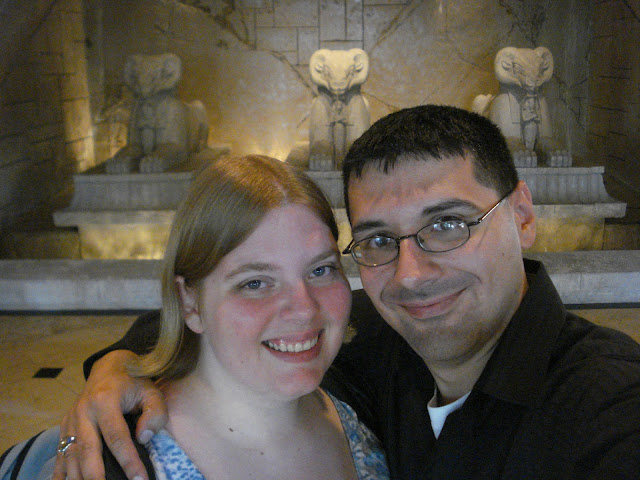 The lobby, atrium showroom and casino floor of the Luxor is in the center of the pyramid with the hotel rooms rising up above. 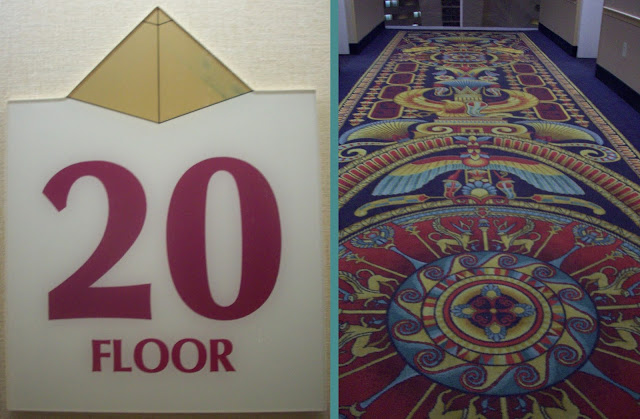 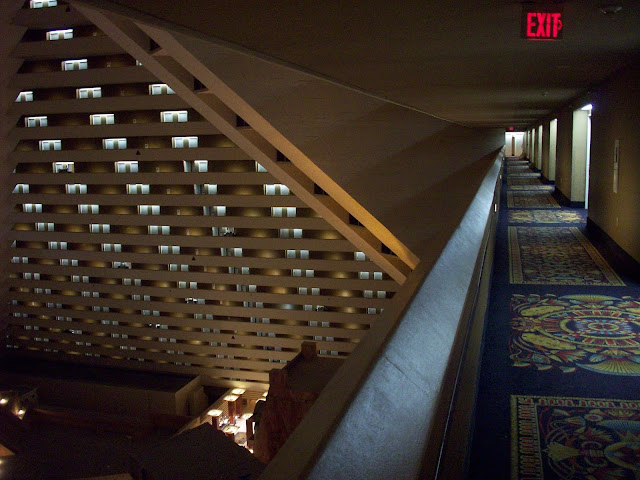 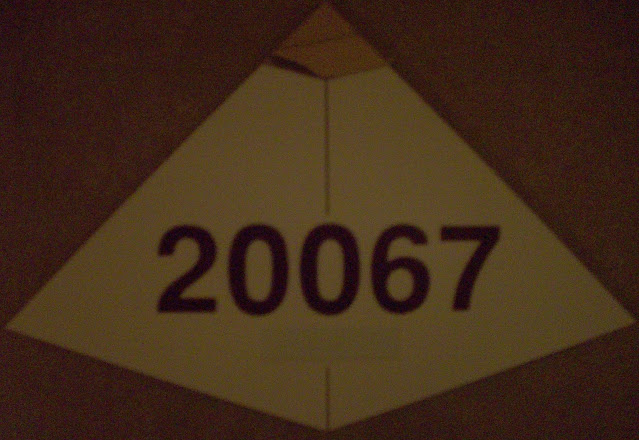 Our room is on the 20th floor.  The hallway (with an incredibly loud carpet) overlooks the entrance to the atrium showroom.  I can imagine that it can be a pretty dizzying experience to find the way back to your room after a few drinks. 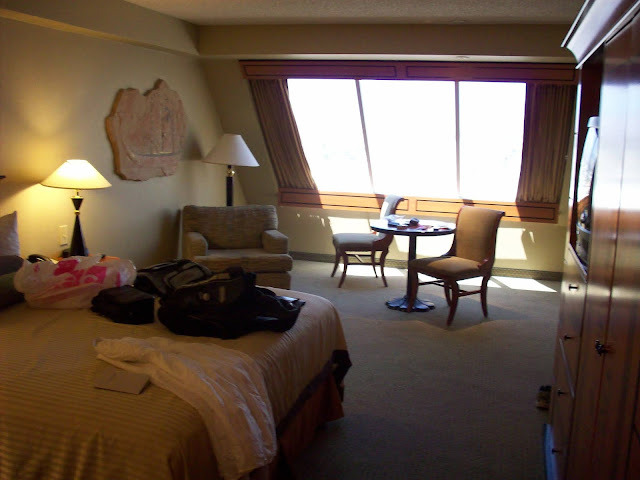 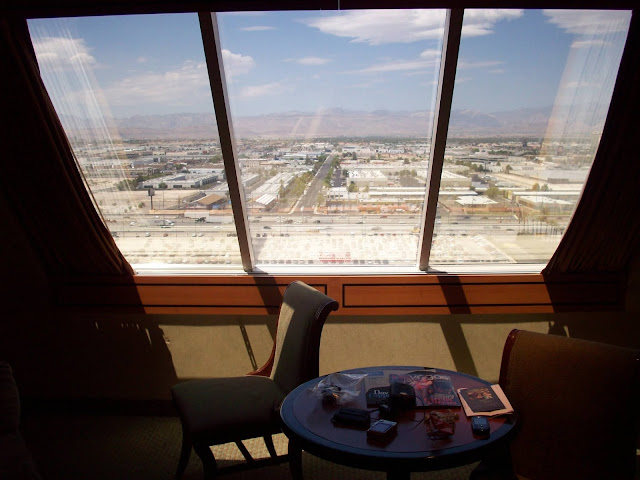 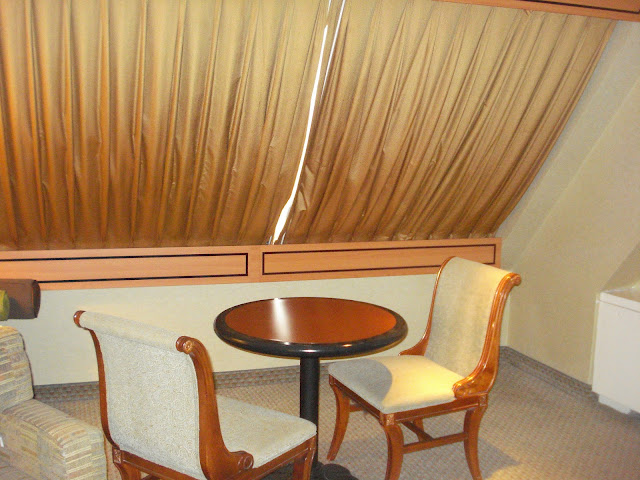 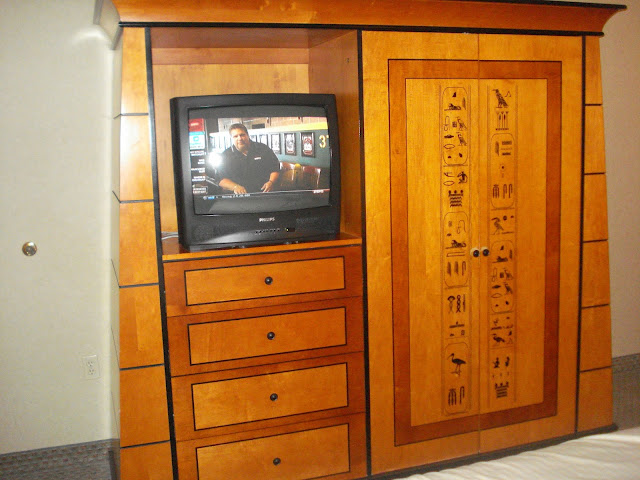 The ancient Egyptian theme continues into the room.  The combination entertainment center/dresser is covered in hieroglyphics and there are stone carvings of glyphs hanging on the wall.  However the craziest part is the window to the outside.  The hotel rooms go right up to the edge of the pyramid, so the window wall is at an extreme slant. 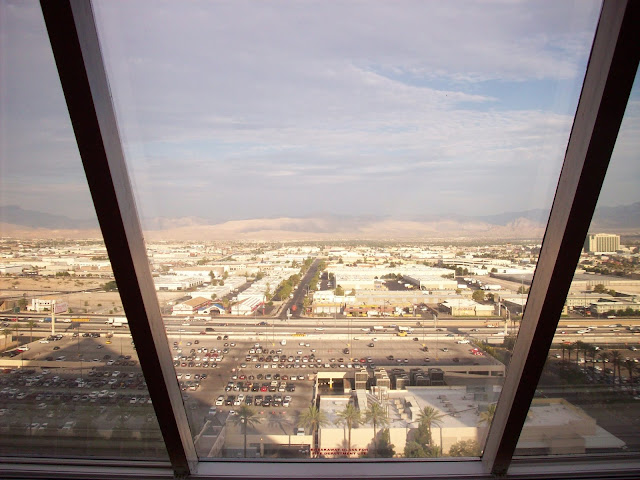 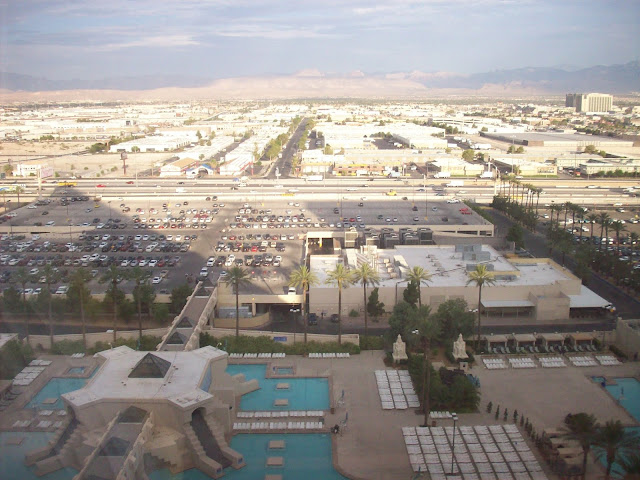 The window overlooks one of the swimming pools, the parking lot, and the desert and mountains that surround the Vegas Strip. 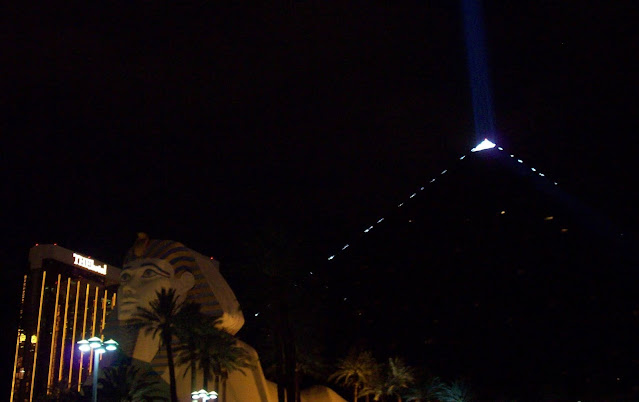 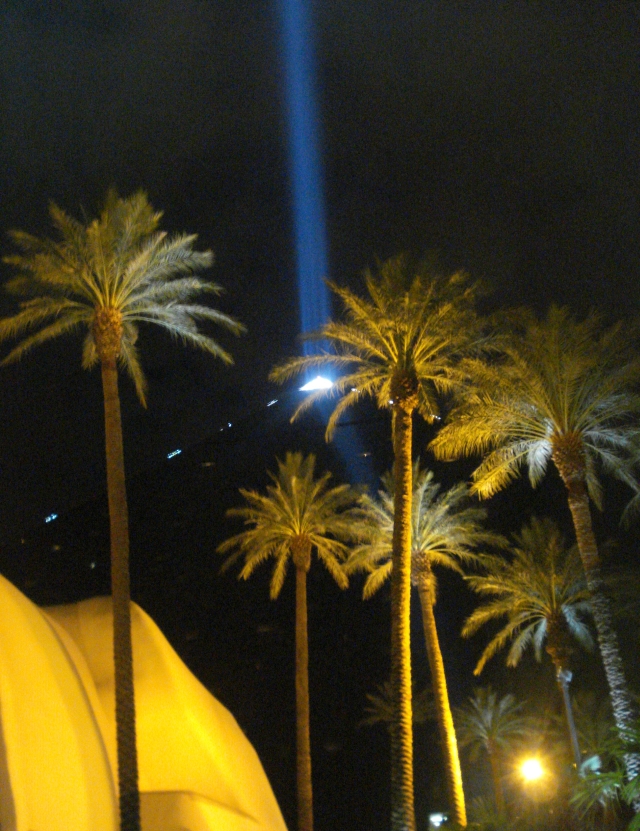 At night, the Luxor Sky Beam shoots out of the top of the pyramid into the sky.  It's created by a total of 39 xenon lamps which are 7,000 watts each, and a series of curved mirrors are used to focus them into a single beam.  It's the strongest beam of light in the world and is visible up to 275 miles away.