Stone Cold At The Plate 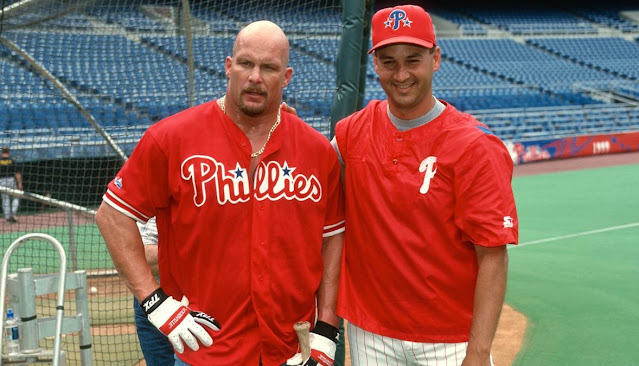 "Stone Cold" Steve Austin and Terry Francona
Veterans Stadium - Philadelphia, PA (1999)
Fifteen years ago, the former WWF Champion paid a visit to Veterans Stadium to take batting practice with the Phillies prior to their interleague game against the Baltimore Orioles.
Austin didn't stun too many folks with his batting practice, but his appearance kicked off a fun night in Philadelphia.  Curt Schilling pitched a complete game, giving up two runs on eight hits for his 13th win of the season.  This improved the Phillies record to 46-38 and was the first time they reached eight games over .500 since 1995. 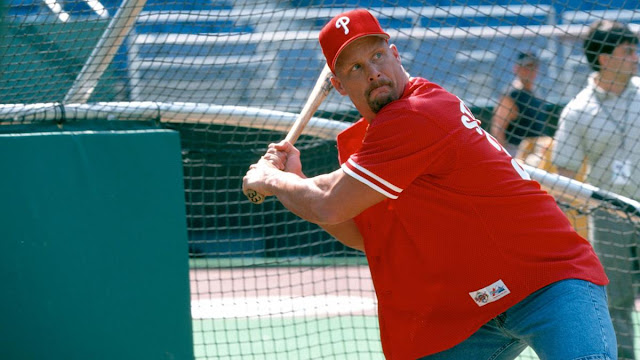 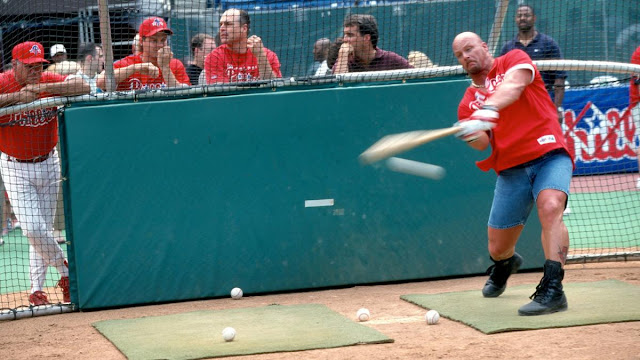 I don't remember seeing anything about it during the game, but there was a lot of awesome footage of his appearance that aired on the July 18th episode of WWF Superstars.