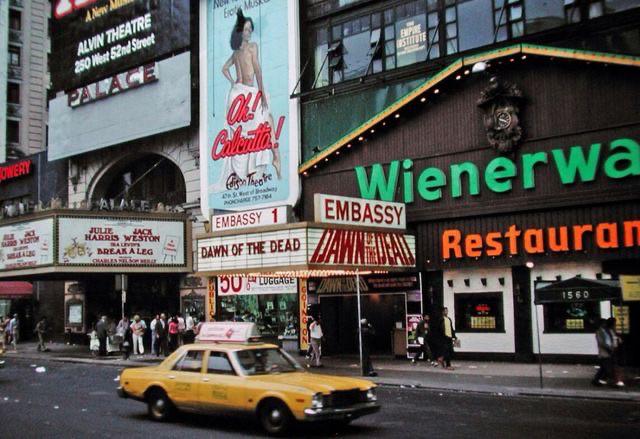 Dawn Of The Dead
Embassy 1 on 7th Avenue - New York, NY
The George A. Romero zombie classic premiered in Italy on September 1, 1978, but it didn't make its way to the United States until the following April.  This photo was taken sometime in the second half of April, 1979 with it being screened at the Embassy 1 near Times Square.
The last time I wrote about this theater, I mentioned that the 1560 Broadway property to the right was once a Weinerwald Austrian Restaurant, but by the time that photo was taken, it had already been converted into a McDonald's.  In this photo, you can see the original Weinerwald when it was in its prime. 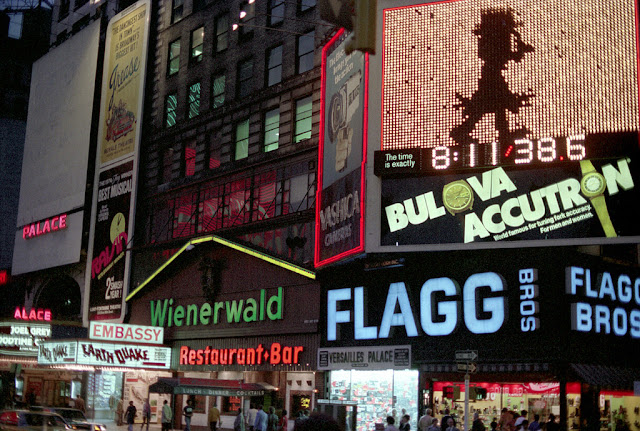 While researching Weinerwald, I found another photo of the restaurant that also includes the marquee from the Embassy 1 theater next door.  This one was taken by photographer Nick DeWolf at a time when the Charlton Heston and Ava Gardner disaster film Earthquake was being shown.
There's a lot more information about this Weinerwald location on the NY History Geschichte blog.