Pizza And A Halloween Movie 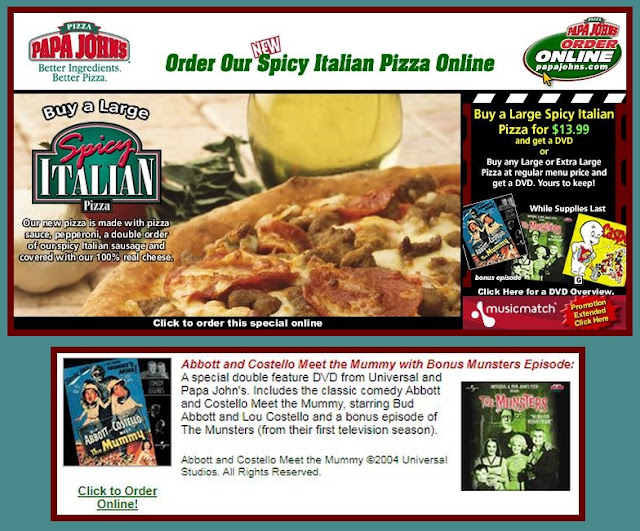 Abbott and Costello Meet The Mummy DVD
Papa John's (2004)
They're giving away a free copy of the 1955 horror comedy Abbott and Costello meet The Mummy on DVD with the purchase of a large Spicy Italian pizza.  Apparently, you could also get both the pizza and the movie for free if you happen to be dating the daughter of a Papa John's employee, but they don't put that on the website.

The disc also includes the first episode of The Munsters.  It's called Munster Masquerade, and it originally aired on September 24, 1964.

In addition to the bonus episode, you also get a coupon for $5 off of the first season of The Munsters on DVD.  You can also use it towards several other box sets, including the first season of Northern Exposure, and the first and second season combination box set of one of my favorite shows, Sliders (which is probably what I'll end up using this for).

Respect For An Icon 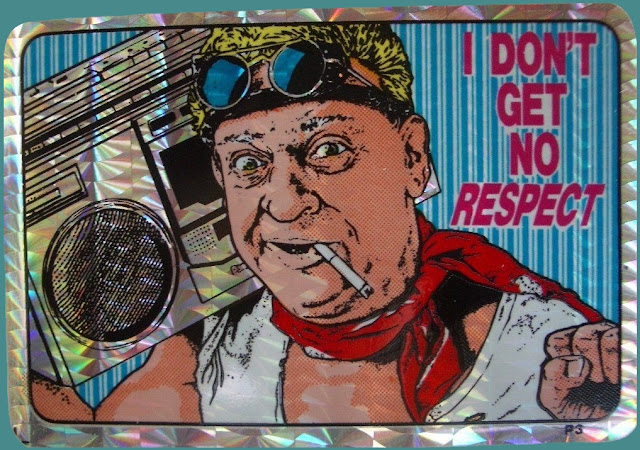