The Ball's About To Drop 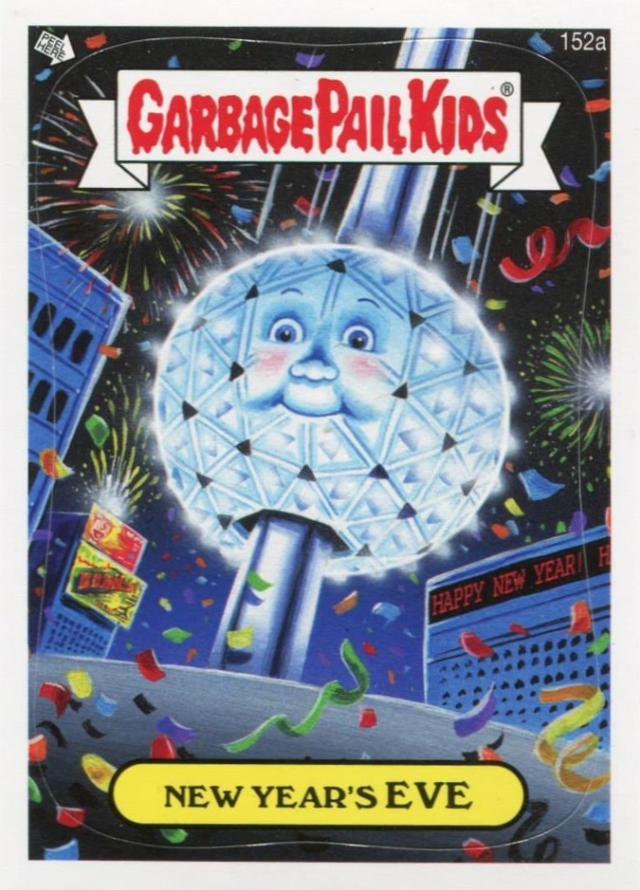 Dan Quayle Must Be Working In Retail 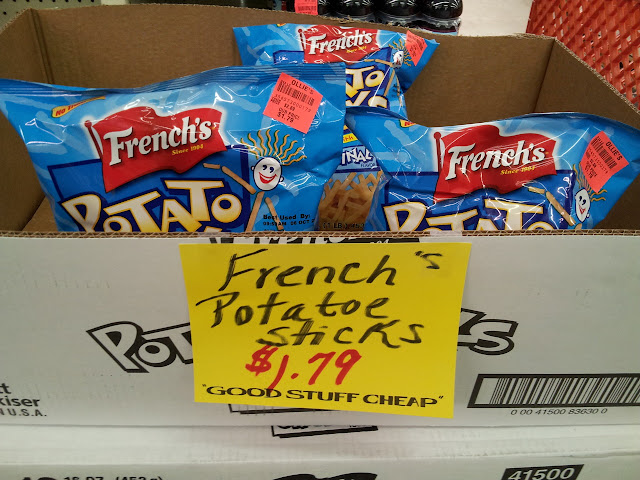 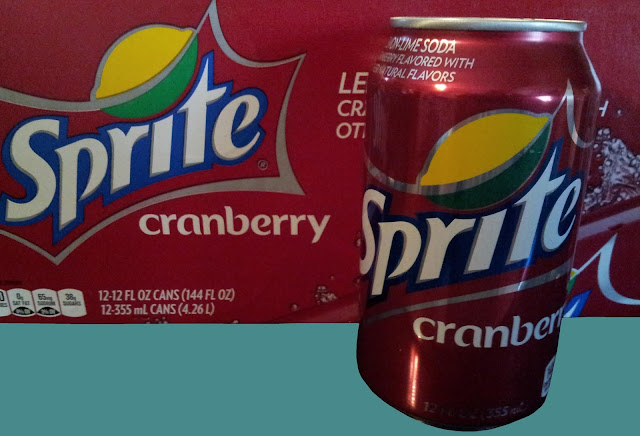 Sprite Cranberry
The Coca Cola Company (2013)
This is a pretty tasty holiday twist on Sprite.

A Tender And Mild Scene 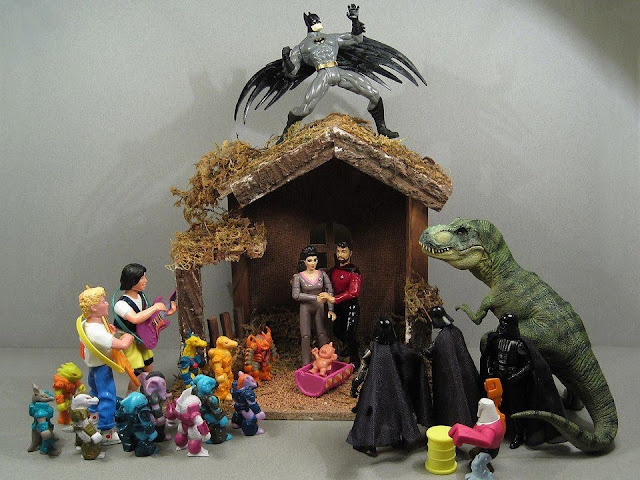 Merry Christmas from The Thinking Atheist. 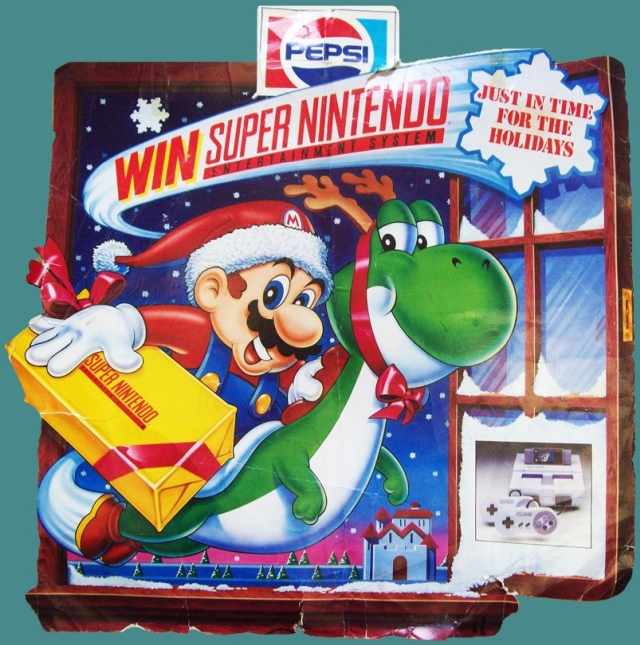 Super Nintendo Promo Sign
Pepsi (1991)
For the 1991 holiday season, Pepsi partnered with Nintendo in a promotion to give away SNES consoles and other prizes, including Super Secrets trading cards. 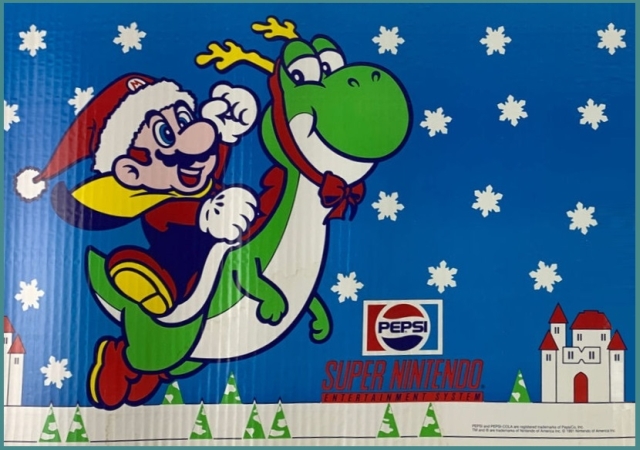 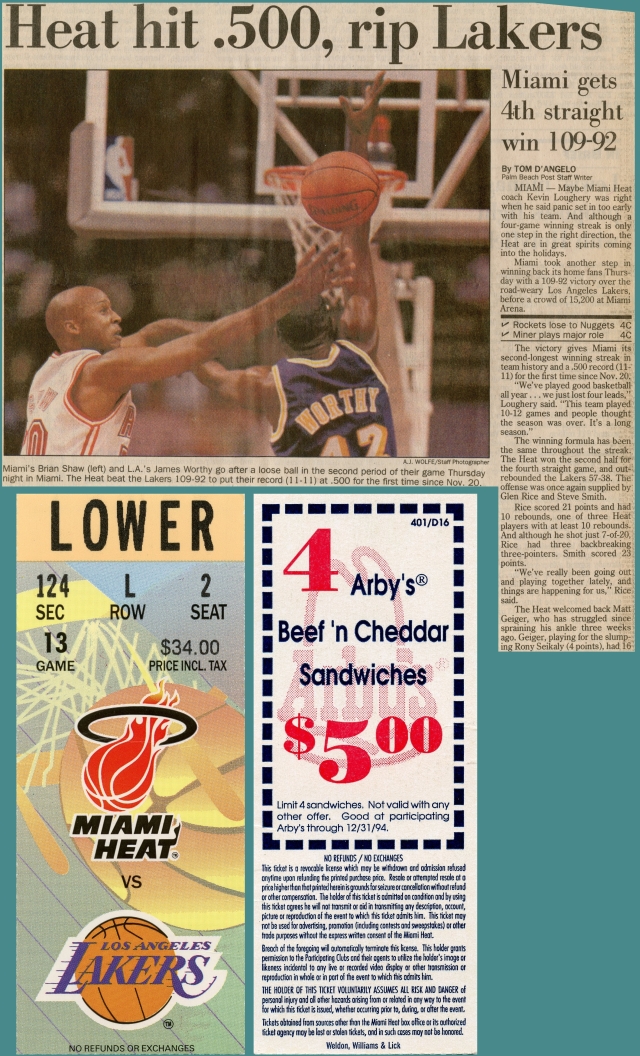 The only basketball game I have ever been to was 20 years ago today.  Someone that my Dad worked with gave us two tickets to the Miami Heat vs. Los Angeles Lakers on the night before Christmas Eve.  It was one of the most fun and memorable nights I ever spent with my father, and one we still joke about to this day.

It really wouldn't make sense to anyone but he and I, but one of the funniest memories I have of that night happened at the end of one of the quarters.  Someone threw up a shot that either didn't go in or hadn't been shot until after the buzzer.  Over the speakers, we heard: "No basket. Naaaooooooo basket!".  The announcer dragged out the word "no" to a ridiculous level.  Dad and I looked at each other and burst out laughing like a couple of lunatics.  Everyone sitting around us must have thought we had lost our minds.  We didn't say a word because we knew we were thinking the exact same thing.  My grandmother (his mother) would dramatically shout the word "no" in that same exact manner when she was in one of her moods.  In the twenty years since this game, Dad and I must have said "Naaaooooooo basket" to each other  at least a hundred times.

Another funny memory we have of that night was one of the little games they play with the crowd.  I can't remember the game - something like a cartoon race on the big screen, or something along those lines.  The announcer said that our section had won, and each person would receive a free Miami Heat Croakie.  Without missing a beat, Dad looked at me and said "What the hell is a croakie?"  A few people sitting near us thought that was hysterical, and they explained to both of us that it's an elastic band that you stick on your glasses.  I still have mine to this day, and I never once put it on my glasses.  I'm still not clear about what it's for. 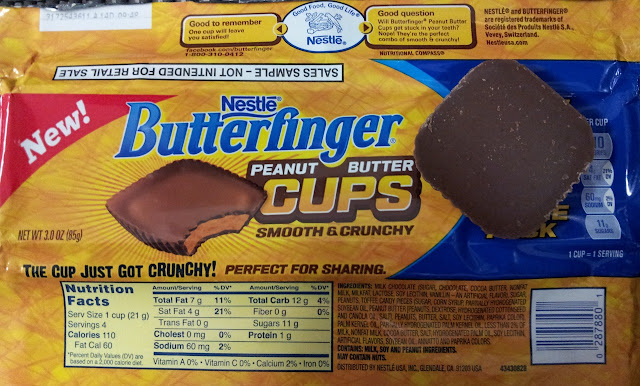 Butterfinger Peanut Butter Cups
Nestle (2013)
Our office finally got a shipment of samples of the newest product in the Butterfinger line - Butterfinger Peanut Butter Cups.  The good news is that we're getting an opportunity to try them before they hit retail shelves.  The bad news is that they only sent us enough for everybody to have one cup.  Not one pack of cups... one cup.  Come on, folks... at least let us bring a few home for our families to try too! 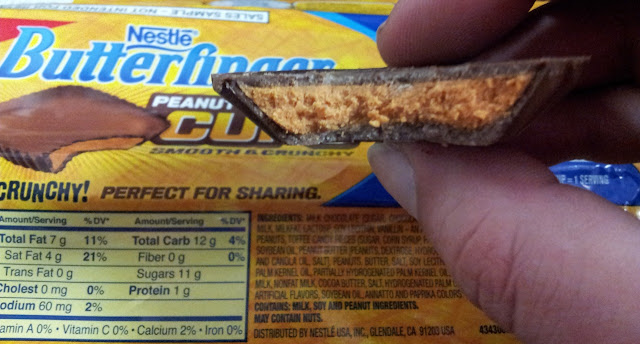 The center is a mixture of peanut butter with what I believe are small bits of the Butterfinger candy center.  It reminded me a bit of a Nestle Crunch bar, because each of the hard pieces are almost microscopic, but there are enough of them mixed in to give it a crispy texture throughout.  I wouldn't say that they're better or worse than a Reese's Peanut Butter Cup, but the flavor is different enough to warrant buying both. 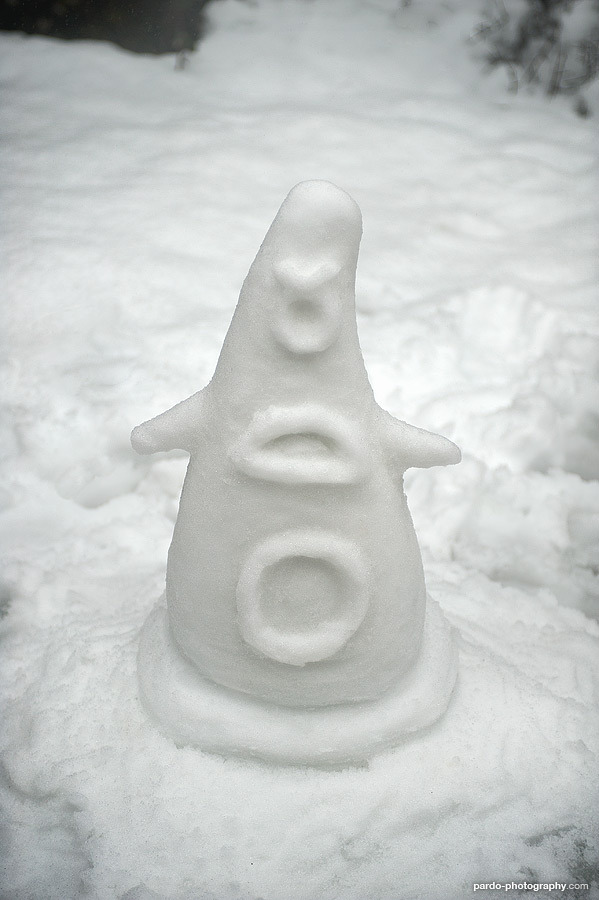 I feel like I could... take on the winter!  [source: pardo-photography]

May The Cacao Percentages Be Ever In Your Favor 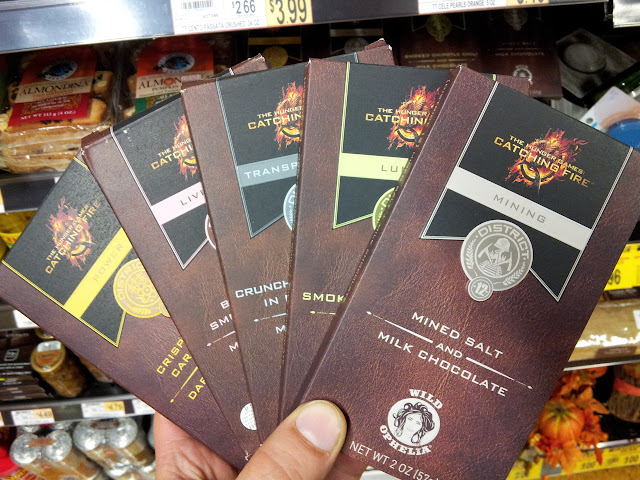 Sheetz Is Turning The Hose On Me 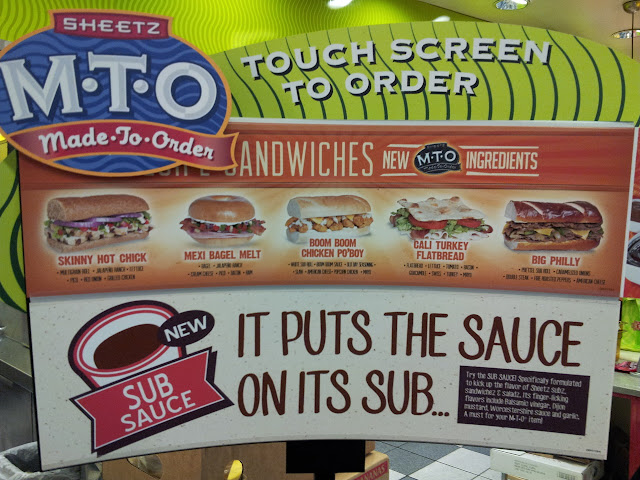 Sheetz MTO Sub Sauce
Sheetz (2013)
If you're going to spoof The Silence Of The Lambs for a condiment, it really should be something spicy so that you could call it Buffalo Bill Sauce. 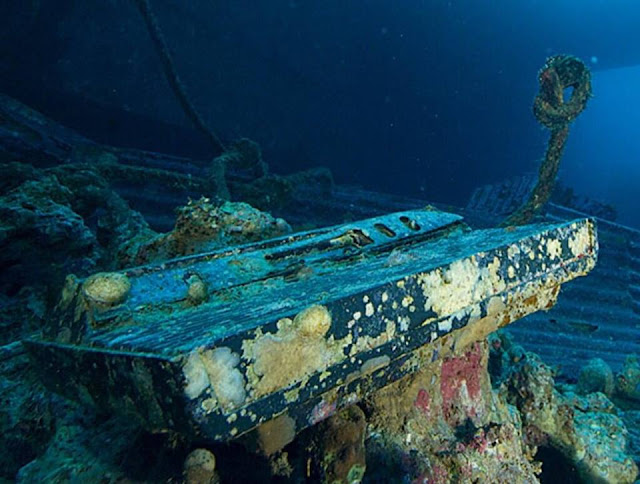 Atari 2600 in the Red Sea
Salem Express Shipwreck
Source: Diver Magazine - June 2013
The Salem Express ship crashed into the Hyndman Reefs on the Egyptian just after midnight on December 17th, 1991, killing 470 passengers and sending the ship and its contents to the bottom of the Red Sea.  This Atari 2600 has recently been photographed by scuba divers who are investigating the wreckage.  Today marks 22 years since the Salem Express sank, and the Atari remains in the ocean to this day.

Update: More about the wreckage and this photograph can be found at Divernet.com.  Information about the ship has been published by RedSeaWreckProject.com. 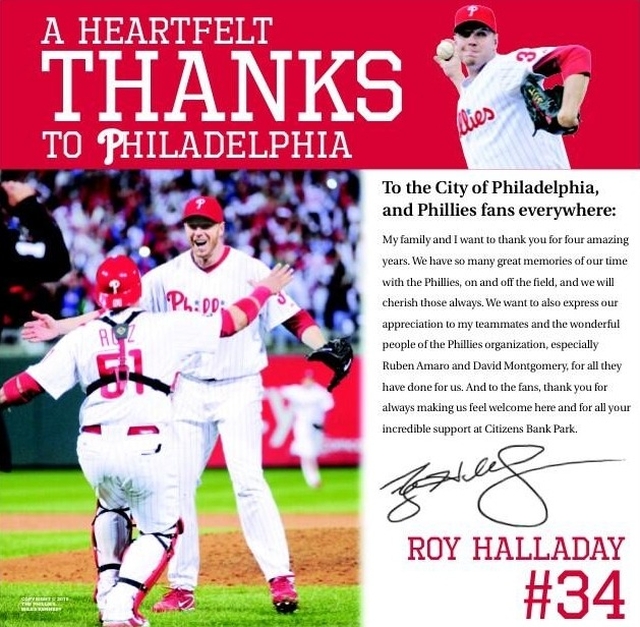 Roy Halladay
Toronto Blue Jays (1998 - 2009)
Philadelphia Phillies (2010 - 2013)
One of the greatest pitchers to ever put on a Phillies uniform has ended his remarkable career.  Thank you, Mr. Halladay. 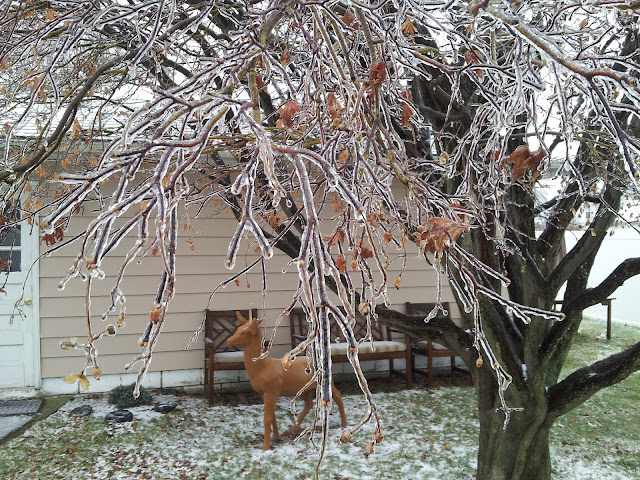 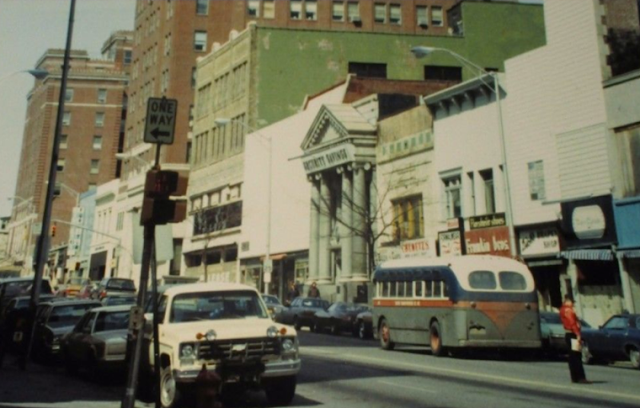 Would Their Offspring Be A Dragontoad? 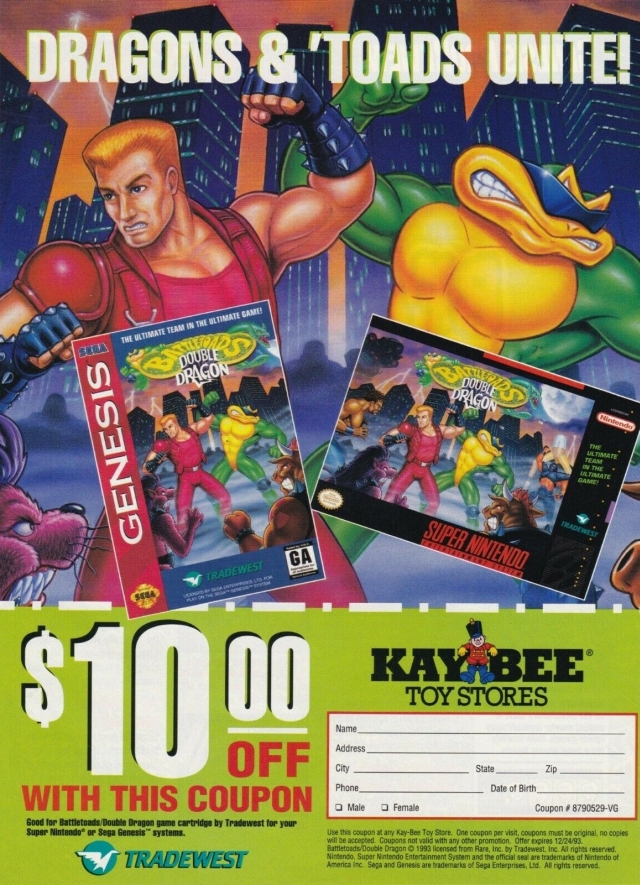 Battletoads Double Dragon
Tradewest (1993)
I don't know which of these things gives me more of a warm and fuzzy nostalgic feeling, the game or the toy store.