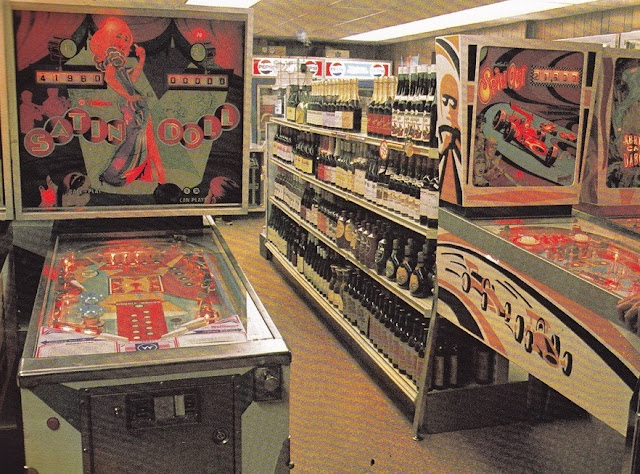 Satin Doll - Williams (1975) and
Spin Out - Gottlieb (1975)
This photo was taken in a liquor store in 1976.  In the 70's and 80's, it wasn't uncommon to see arcade games and pinball machines in pizza parlors, grocery stores, mini marts, laundromats and just about anywhere else.  This photo was shared by Beatnik Daddio - not sure of the source.


Phillies Fever (1976)
Dave Cash, Larry Bowa, Mike Schmidt, Greg Luzinski and Garry Maddox
There are plenty of frightening things about this song, but the scariest part to me is the fact that this isn't the first time Dave Cash and Larry Bowa cut a baseball record.  One year before "Phillies Fever" introduced disco baseball to the world, our middle infield recorded "Ting A Ling Double Play"  It's difficult to say which is worse, but they're required listening for any die-hard Phillies fan.

What Was That Email Address Again, Ma'am? 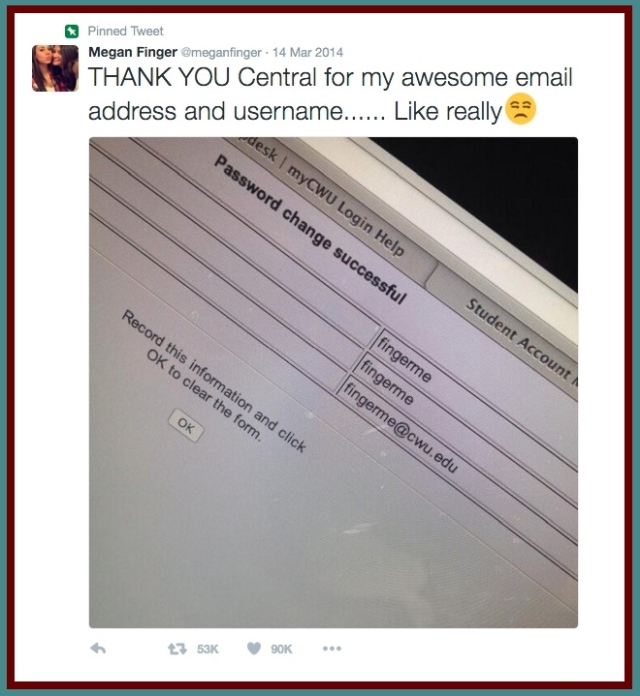 More Music For Your Money 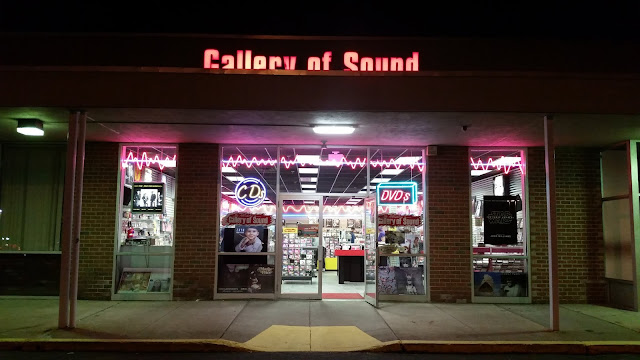 Gallery Of Sound
Laurel Mall - Hazleton, PA
I love all the neon signs in my local music store.  The DVD sign on the right hand side of the door used to say "Tapes" back in the day.  They also were the only place to get foreign and underground CD releases in the days before online shopping, like Nirvana: Outcesticides and Smashing Pumpkins: Black Sessions.

Schnoodle In The Sun 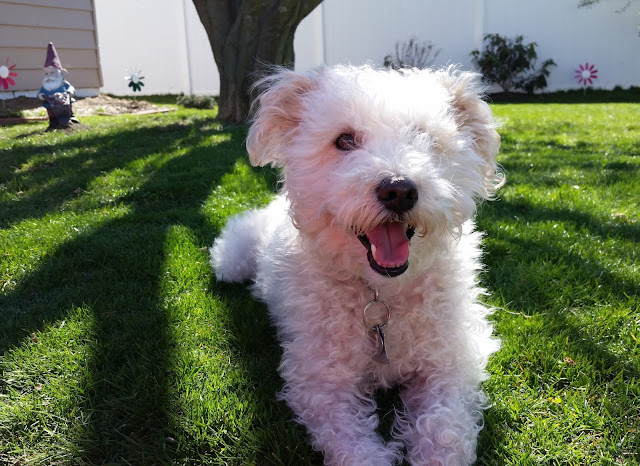 Little Harvey is enjoying a nice, warm day in the yard.

What A Wonderful World


Joey Ramone
What A Wonderful World
From the album Don't Worry About Me (2002)
One of the best songs ever written was covered by Joey Ramone and released posthumously on his only solo album.  The icon of punk rock died 15 years ago today. 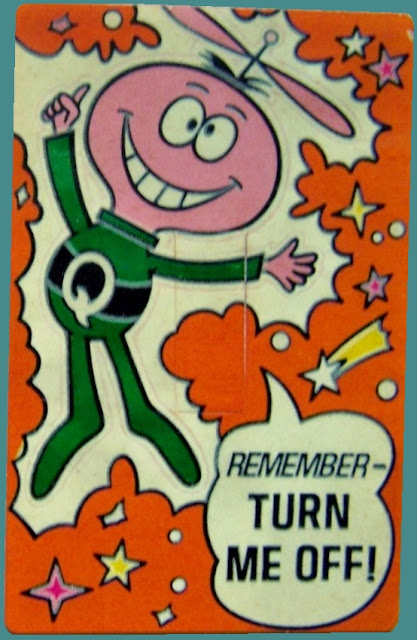 Light switch cover sticker
Quisp cereal toy - Quaker Oats (1977)
Children (and adults) could collect all three light switch stickers in specially marked boxes of Quisp cereal in 1977.  Each sticker featured the quazy alien with a message that encouraged the reader not to waste electricity.

Sunset Over The Golden Arches 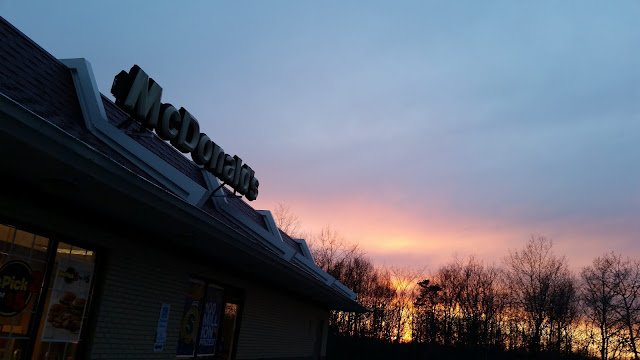 
Please Don't Break My Atari
Weird Paul Petroskey
Thick Syrup Records
I heard this earlier today on the latest episode of the Super Podcast Bros, which I highly recommend to any fan of retro gaming, or video games in general.  The song is absolute comedy cheese, but it's also actually pretty catchy.  I've had it stuck in my head ever since. MLB Opening Day
April 8, 1981
Pete Rose and Larry Bowa with their World Series Championship rings 35 years ago.  This photo was taken before the start of the 1981 Opening Day game against the Cincinnati Reds.

George Nada Takes On The Fascinators 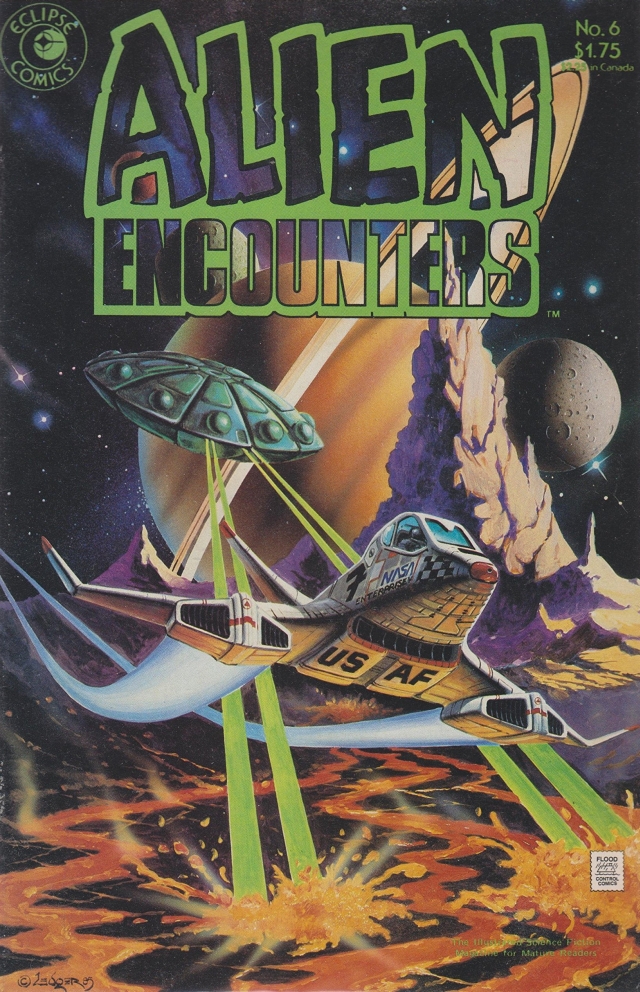 Alien Encounters: Issue #6
Eclipse Comics (April 1986)
This comic anthology of science fiction stories came out 30 years ago.  It included a seven page story called Nada, which is an adaptation of the 1963 Ray Nelson short story "Eight O'Clock In The Morning".  Both the comic and its source material inspired the 1988 John Carpenter film "They Live". 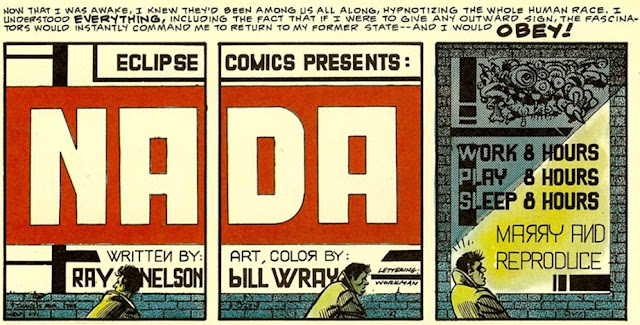 This entire Nada comic is hosted online by SAP Comics. Click here to read it. 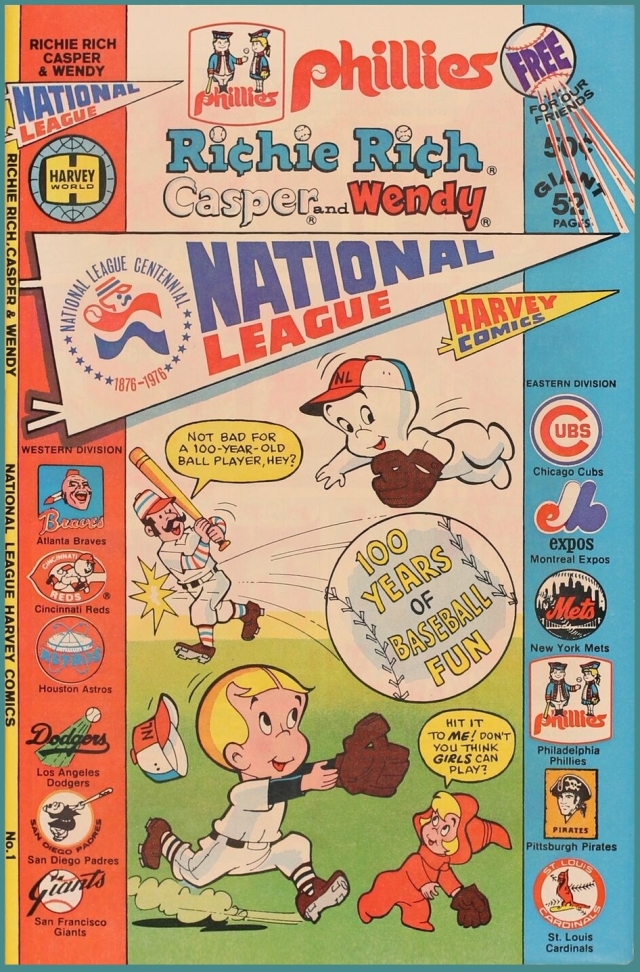 National League Centennial Comic Book
Harvey Comics (1976)
To celebrate 100 years of National League baseball, Harvey Comics released a special baseball themed comic.  There were a number of variant covers with different teams featured at the top, including the Phillies, Giants, Astros, Dodgers and Pirates, as well as a standard version without no focus on any one specific team.  The stories featured Casper the Friendly Ghost, Richie Rich and Wendy the Witch.

Luke, This Is Not The Cake You're Looking For 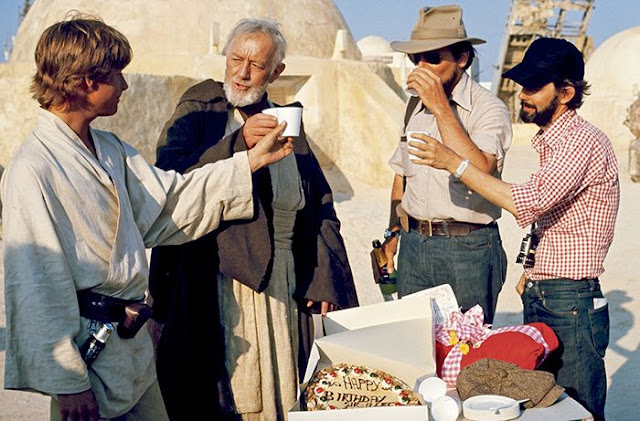 Sir Alex Guinness turned 62 during the filming the first Star Wars movie in 1976.  This photo was taken on his birthday (April 2nd, 1976) in Djerba, off of the coast of Tunisia, where they were filming the Tatooine scenes.  Mark Hamill and Alex Guinness (in costume as Luke Skywalker and Obi-Wan Kenobi) are celebrating with producer Gary Kurtz and director George Lucas.

The Book Of Murphy 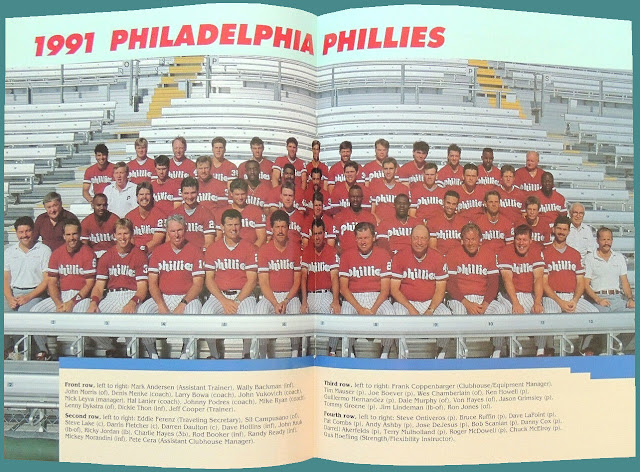 "We're 24 morons and a Mormon."
- John Kruk describing the Phillies of the early 90's after the team acquired Dale Murphy from the Atlanta Braves in an August, 1990 trade.