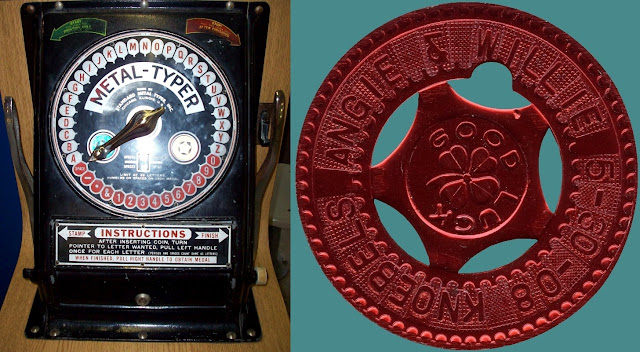 Playland Arcade
Knoebels Amusement Resort - Elysburg, PA
There is a Harvard Metal Typer at the Knoebels arcade.  This coin machine came out in the early 1950's and are still in operation at amusement parks throughout the country.  My grandparents have one from the boardwalk at Wildwood from before my father was born.

Burger Kingdom Of The Crystal Skull 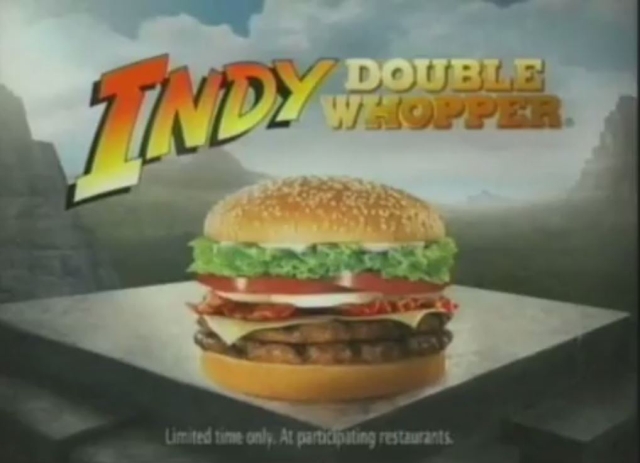 Indy Double Whopper
Burger King (2008)
After you go see Kingdom Of The Crystal Skull, stop at Burger King for this delicious limited edition burger.  The Indy Double Whopper is made with two Whopper patties topped with bacon, pepperjack cheese and spicy Cajun mayonnaise. 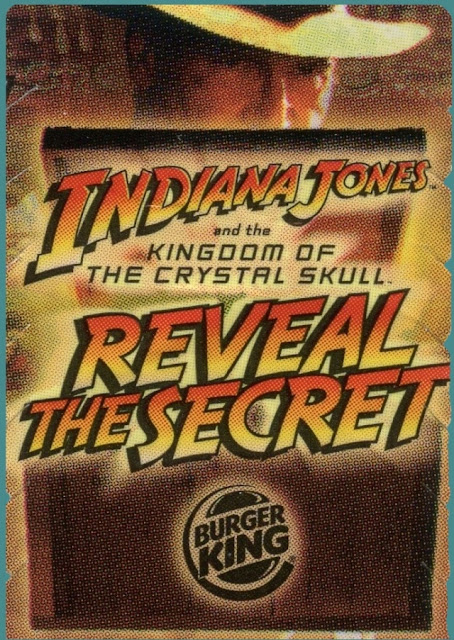 If you order it as a meal, your french fry carton will include a promotional game piece.  There are two skulls, and if you scratch off the right one, you win the prize underneath.  The grand prizes include a million dollars, a trip to Peru or a new Hummer H2. 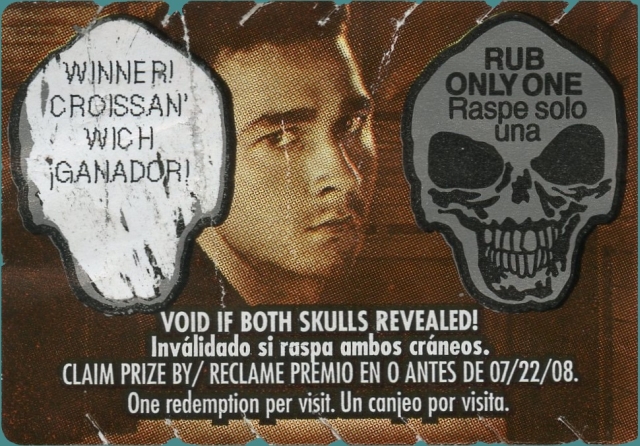 I won a free Croissantwich.  It's no Hummer, but I'll take it.  Also, as tempting as it might be, there are no prizes offered for scratching off the face of Shia LaBeouf.

Indiana Jones & The Temple Of Doom by Atari 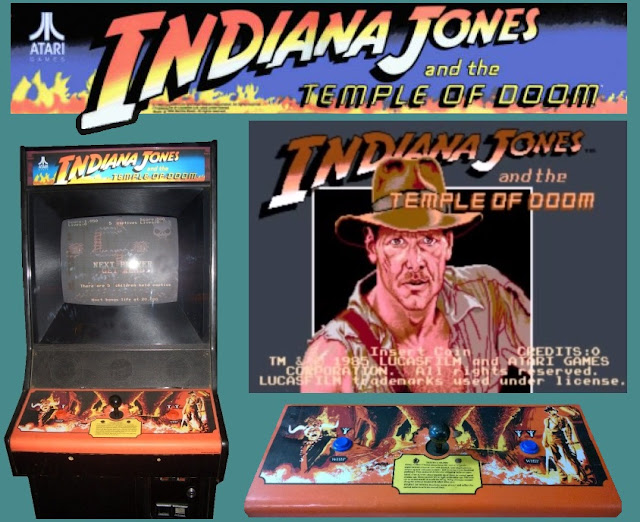 This was my favorite arcade game when I was growing up.  You play as Indy (obviously), and the game plays in three waves.  In the first wave, you climb through a mountain rescuing children from cages.  In the second wave, you steer a mine cart down a series of tracks.  In the third stage, you are in Mola Ram's palace to recover the Sankara Stone.  These three waves repeat three times before you confront Mola Ram on the rope bridge.  Following this, you enter a bonus stage called Fortune & Glory where you collect little golden idols while the Maharajá chases you around with a voodoo doll.

It's been ported to several home consoles and computers, but none of them do the game justice.  The arcade rom emulates perfectly on Mame, though it has never been released on an arcade compilation disc for any modern consoles.  The Internet Archive has a page that allows you to play the game through Mame directly on their website, but it ran too slowly when I tried it.

Go check out Kingdom of the Crystal Skull in the theater.  Then, come home and jam out with an arcade classic. 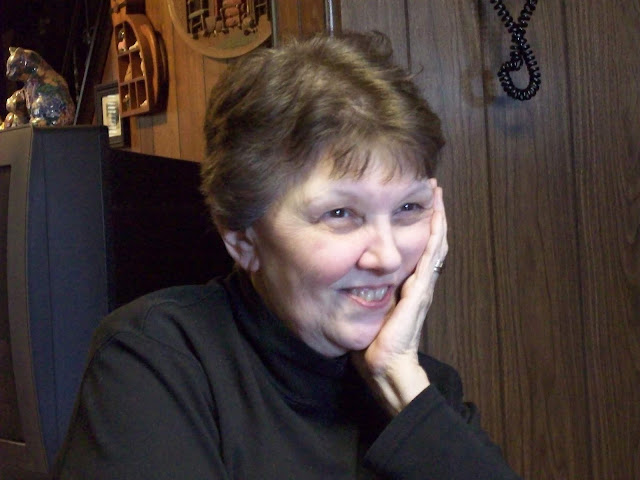 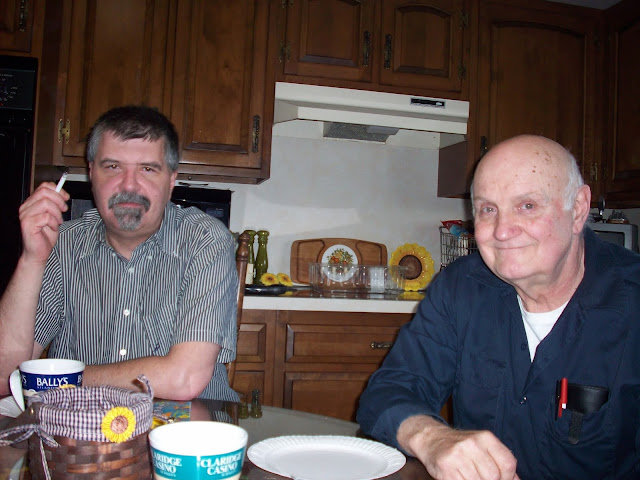