Save A Buck On A Bucket Of Cluck 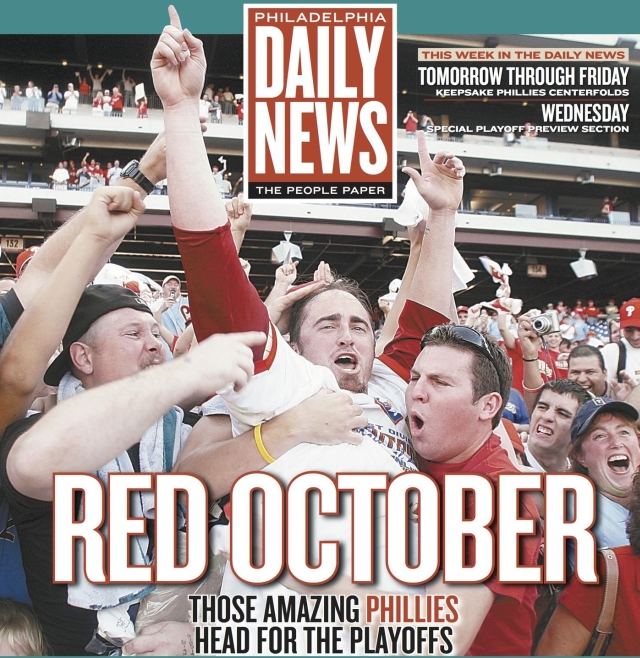 Philadelphia Daily News
October 1, 2007
On January 24th, shortstop Jimmy Rollins boldly proclaimed the Phillies as "the team to beat" in the division.  In the final games of the regular season on Sunday, Jamie Moyer and the Phillies bullpen shut down the Washington Nationals to win 6-1.  Meanwhile, the last place Florida Marlins scored 7 runs off of Tom Glavine in the top of the 1st, knocking him out of the game after 1/3 of an inning.  The Marlins went on to defeat the Mets 8-1 to finish off their collapse and knock them out of the post season.  Rollins was right.  The Phillies are the team to beat, and they weren't beaten.  They are the 2007 National League East Champions. 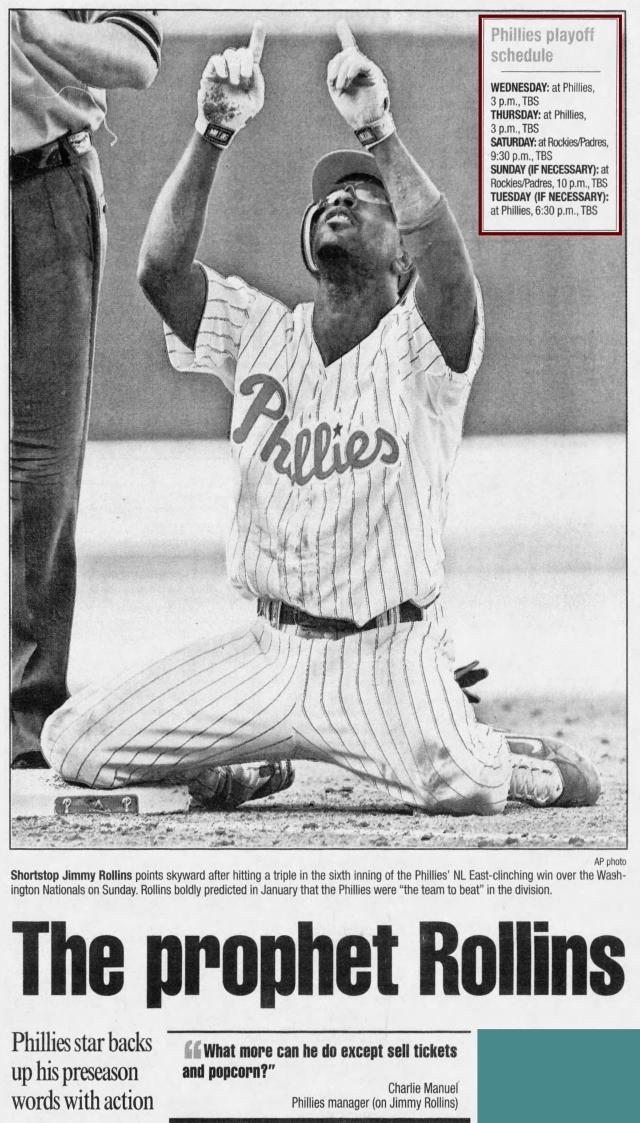 Jimmy Rollins truly emerged as the team leader in 2007.  As the Los Angeles Times pointed out, the shortstop hit as many home runs as Ken Griffey Jr, as many doubles as Albert Pujols, as many stolen bases as Chone Figgins, and he had more hits than Derek Jeter.  He also led the National League in triples and runs scored.

When you consider all that he has achieved and all that he has meant to the Phillies, I don't see how anyone else in the National League deserves to be named the 2007 NL MVP than Jimmy Rollins.