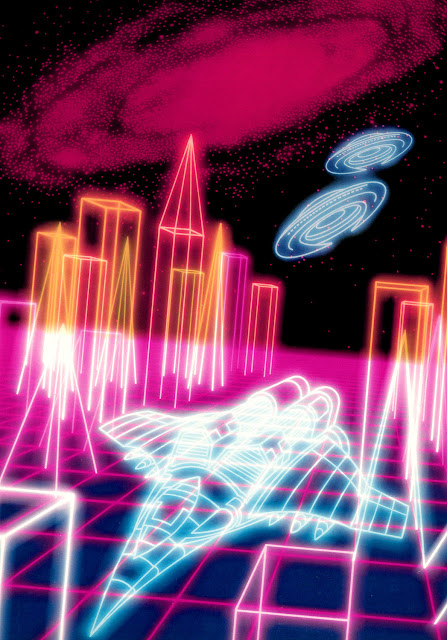 Interstellar
Funai (1983)
This is the package artwork for a laserdisc-based game developed for arcades and the MSX computer.

Once Upon The Lunar Surface 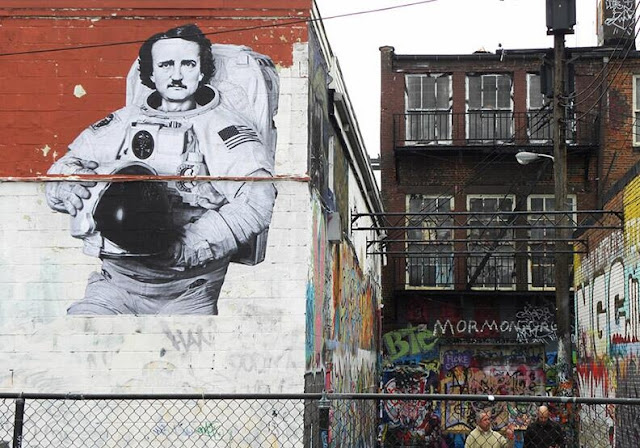 
Chris Cornell
One (U2 / Metallica acoustic mash-up)
From the Second Songbook Tour (2013)
Performed at the Santander Arts Center in Reading, PA - 22 November 2013

Chris Cornell has been one of my favorite singers since I was in the sixth grade, and this is just another example of his talent and brilliance.  In this video, he is playing U2 One while singing Metallica One, and the results are absolutely incredible. 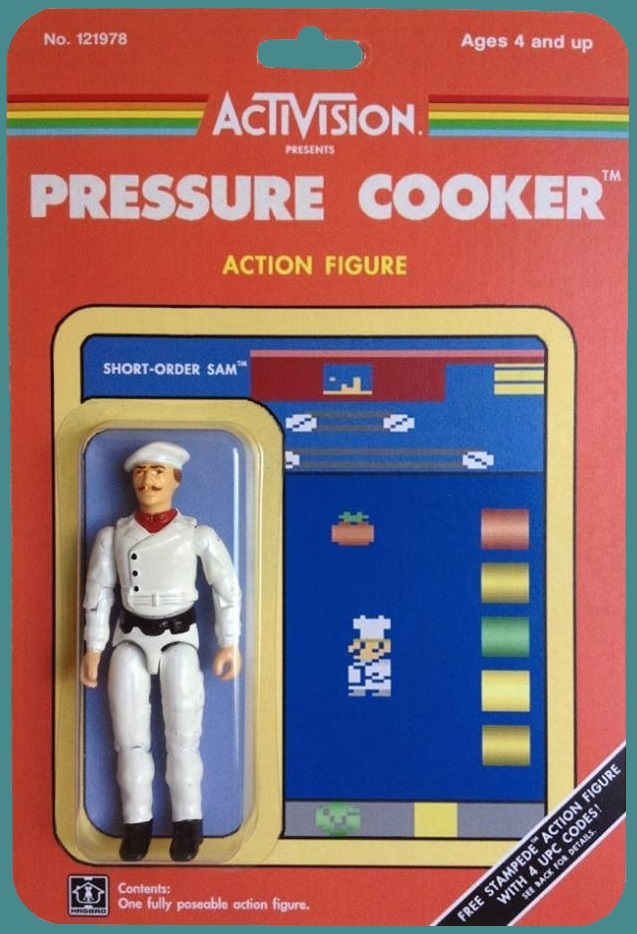 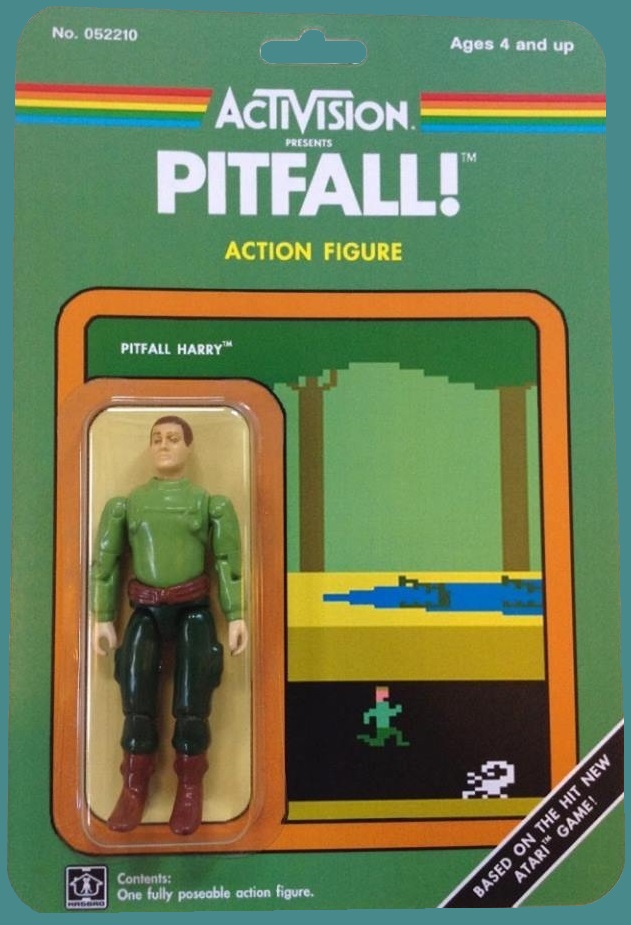 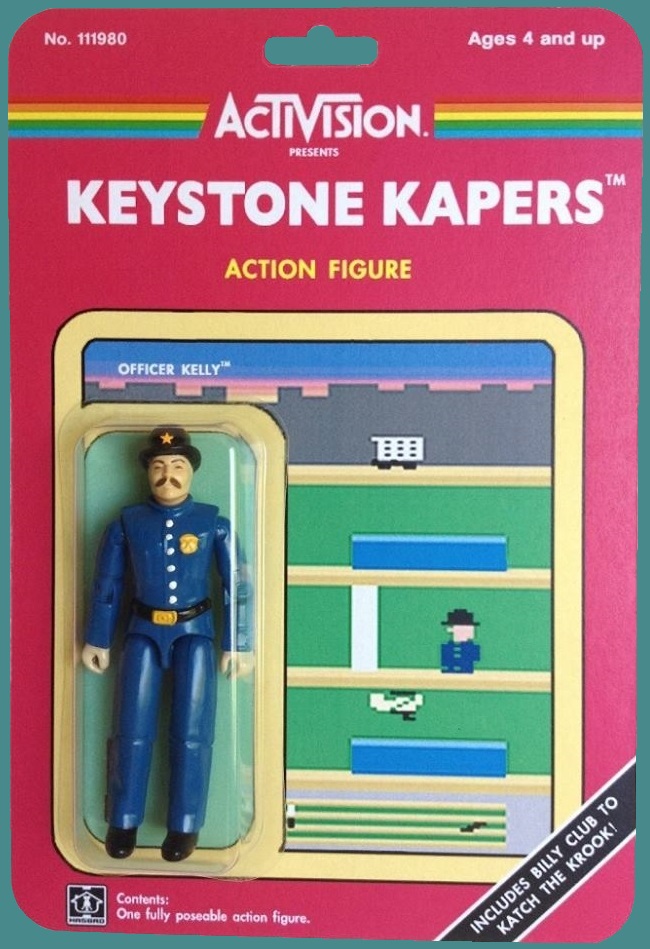 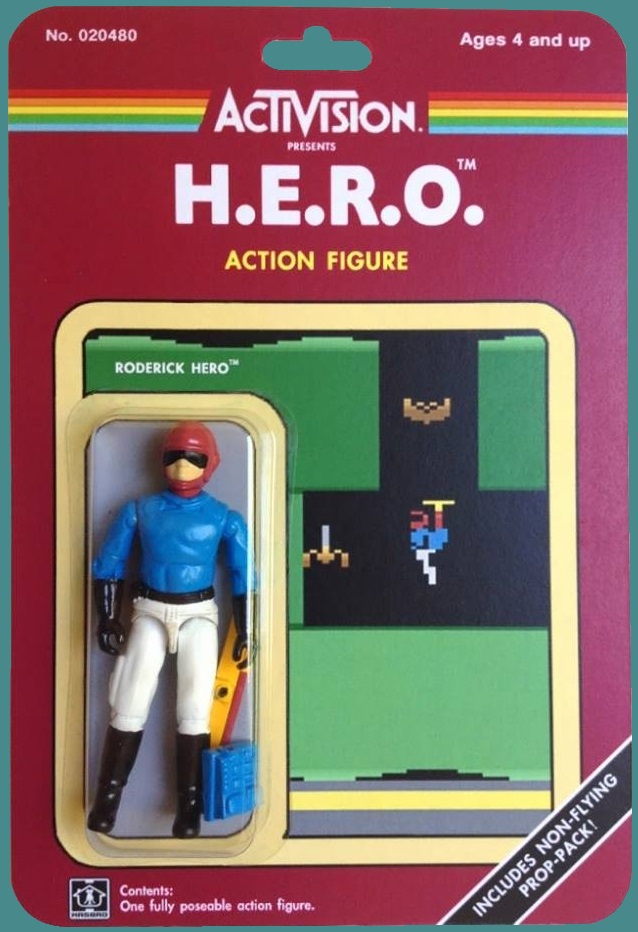 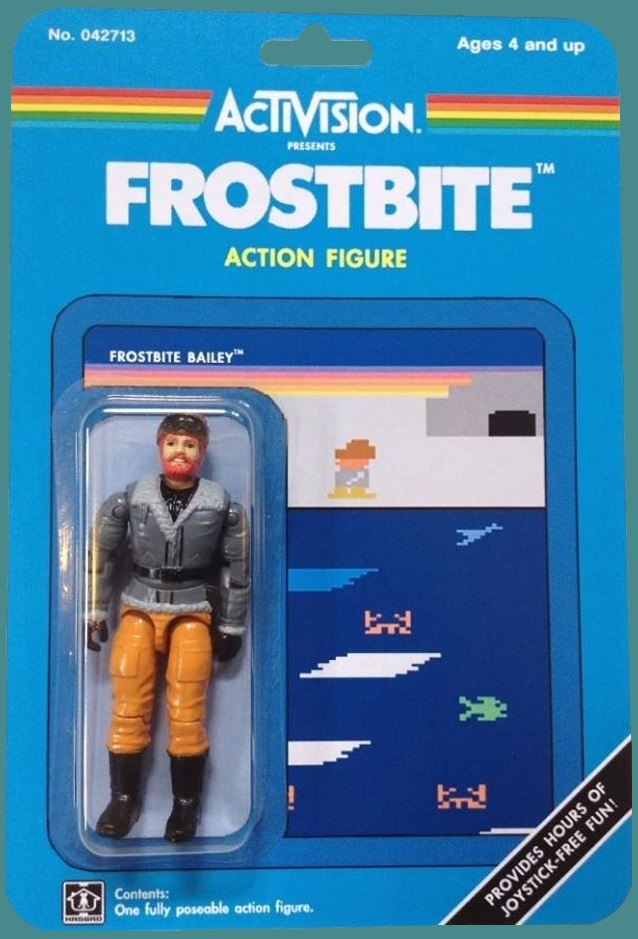 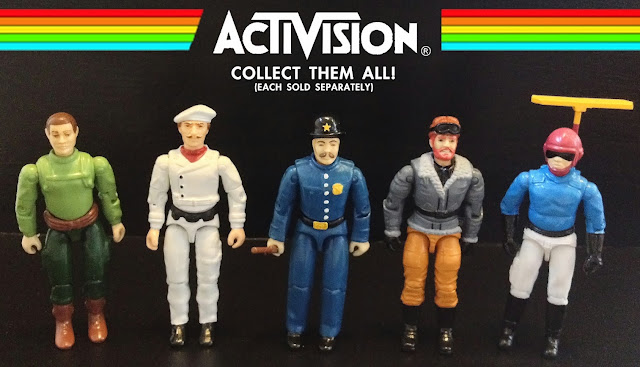 Dan Polydoris of Chicago Toy Collector has rearranged and repainted parts of G.I. Joe toys from the 80's to create a custom line of action figures based on the artwork of classic Activision games for the Atari 2600. 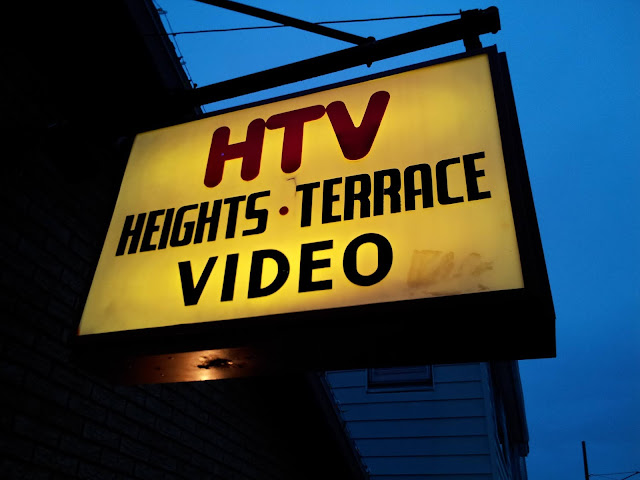 Heights Terrace Video
South Poplar Street - Hazleton, PA
This little video rental shop opened in the Heights Terrace section of Hazleton, PA in 1986, before any of the rental chains came to town.  In the years that followed, our town had had a Blockbuster Video, Hollywood Video, West Coast Video, Blowout Video, Movie Gallery, Pantry Quik Video and least two dozen other stores who rented movies, including grocery stores, convenience stores, gas stations and rival mom-and-pop shops.
Today, all of the major chains have packed up and left town, but a few of the locally owned stores are still in operation.  I'm happy to say that Heights Terrace Video is one of them, offering VHS, DVD and Blu-ray rentals at reasonable prices. 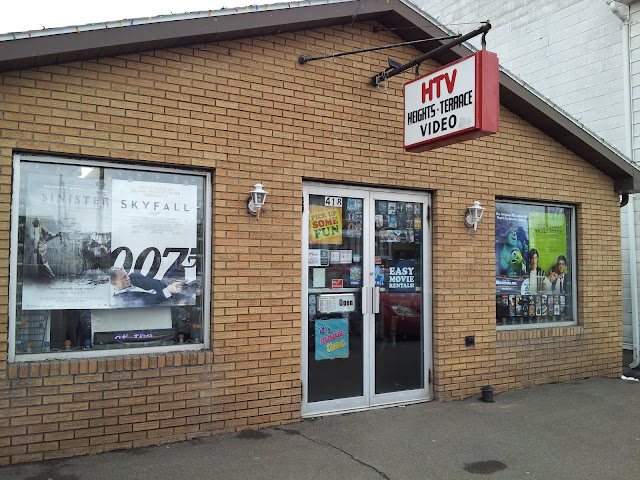 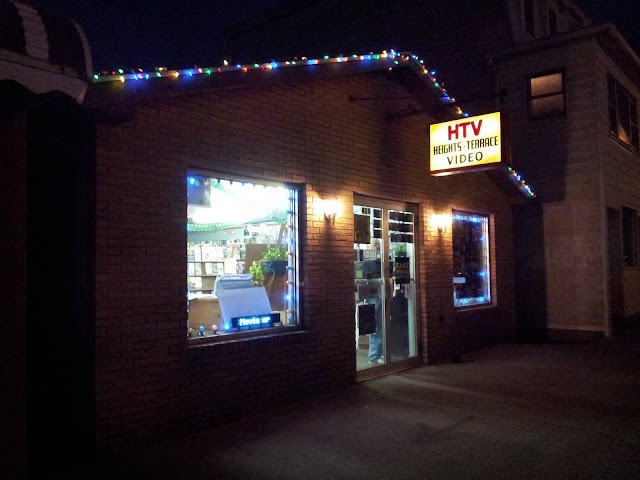 I first found Heights Terrace Video when I bought a book of coupons for local businesses when I was a teenager.  A woman who I worked with had a son who was selling them for a fundraiser.  One of those coupons was a "rent one, get one free" deal that could be used a few times per month throughout the year, so I started coming here to rent movies.  I kept renting here because the owner, Bryan, has a nearly complete set of WWF Coliseum Home Videos available to rent, from pay-per-view events to the various rare compilation tapes that were released throughout the 80's and 90's.  They're still available to rent to this day.  I offered to buy them several times, but he's a wrestling fan too, so he didn't want to get rid of them.  However, he did sell me quite a few NES, Genesis and SNES games complete with box and instructions.  I still have many of them and play them to this day.
Later on when I was in my early 20's, I lived in a half-double in the Heights that was about a block away from my dad's house and a few blocks from Heights Terrace Video.  It was in walking distance, so it became my go-to place for movies.  I eventually struck up a friendship with Bryan, and we'd hang out at the store after closing time on Sunday to watch wrestling shows live on pay-per-view. 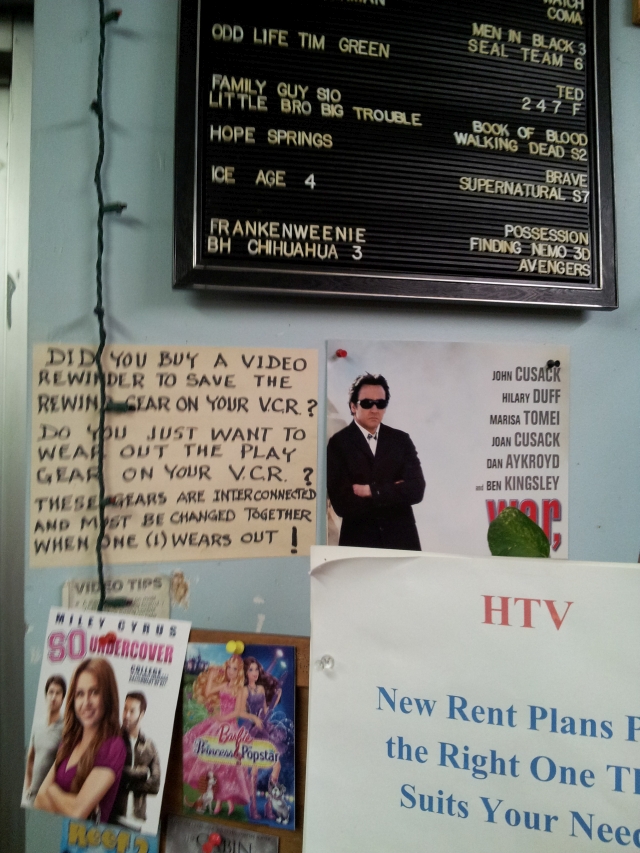 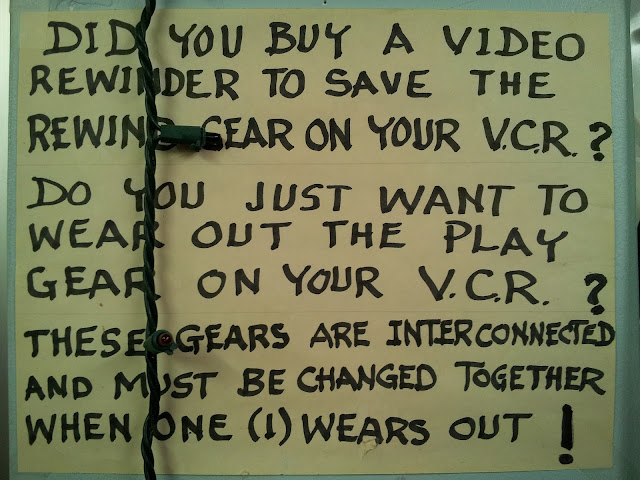 One of the many ways that Heights Terrace Video differs from any other store that I've been to is the fact that his tapes are not rewound when you rent them, and Bryan expect that his customers won't rewind them when they return the movies to the store.  According to Bryan, this is because each individual VCR is different and when you rewind a VHS tape, it sets the tension of the tape to its optimal level for playback.  He's also strongly opposed to external rewinding machines for VHS tapes, as a sign by the door explains. 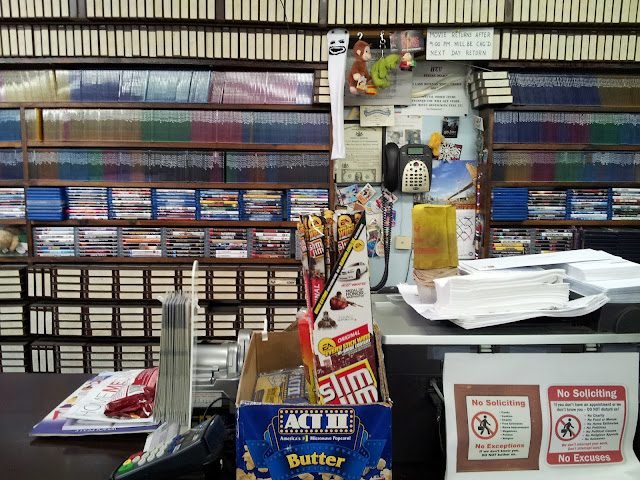 Eventually I moved to West Hazleton and went back to college, so I didn't have as much time to hang out at the video store, but I went back this past April and saw that the place hadn't changed much.  They've got a lot more DVD and Blu-ray available to rent, but there's still a heck of a lot of VHS tapes, including the Coliseum Home Video collection.  They're still not for sale, and I doubt that they're ever going to be.
Here are some photos of the shop. 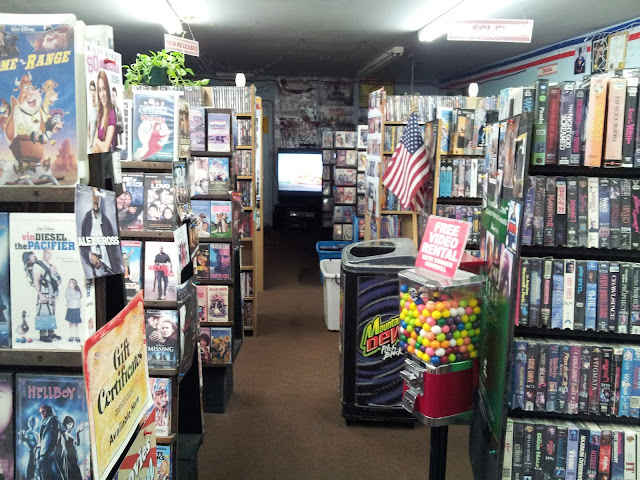 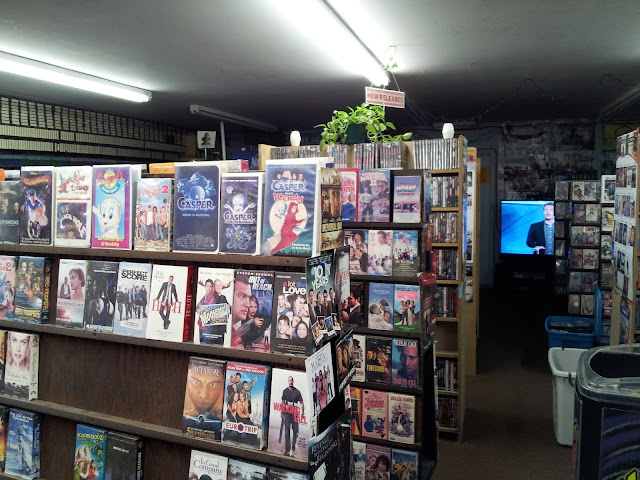 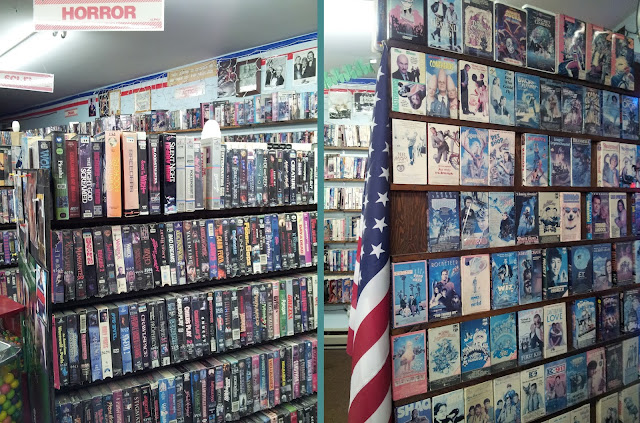 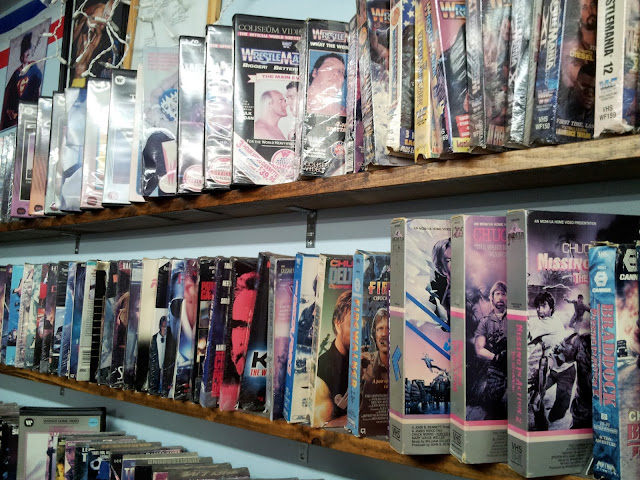 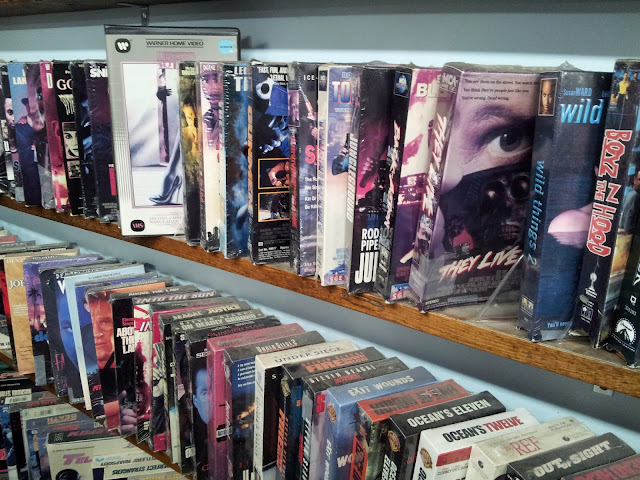 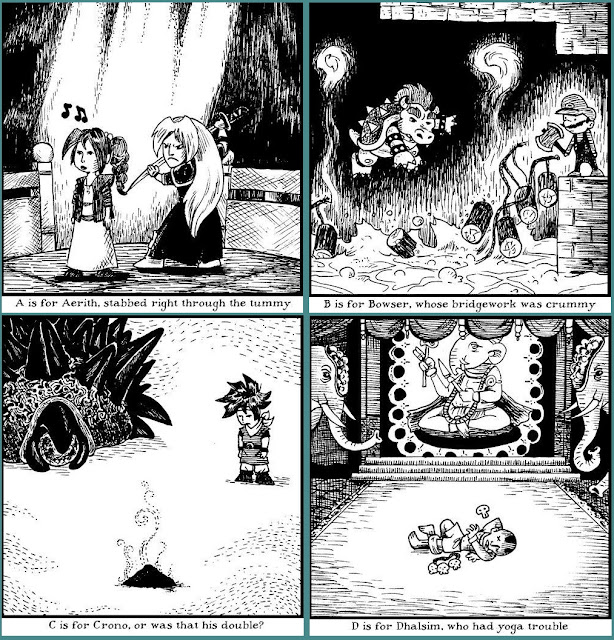 The Game Over Tinies, a brilliant video game parody of Edward Gorey.  Created by brentalfloss.