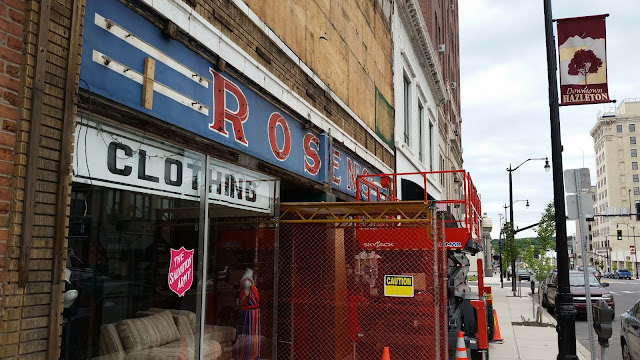 The Salvation Army Family Store
West Broad Street - Hazleton, PA
They're remodeling the Salvation Army thrift store in downtown Hazleton.  The front of the building was stripped off, which revealed an old storefront from a furniture store that closed in 1984.  The neon bulbs were even still there.  They just covered over it with plaster and wood, or whatever materials made up the old Salvation Army storefront. 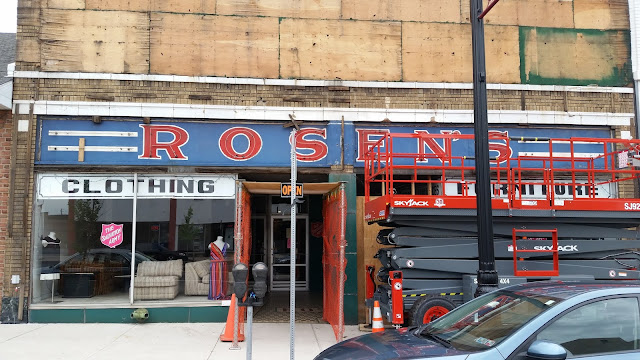 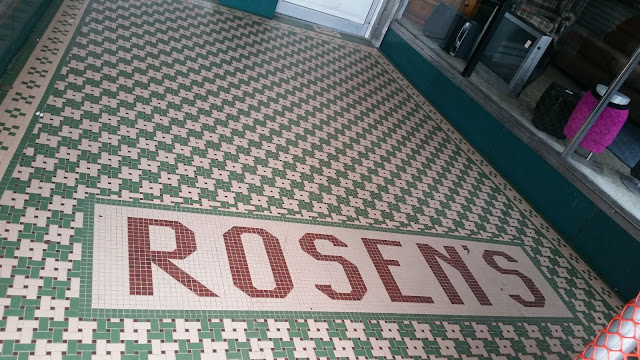 Rosen's was a furniture store in downtown Hazleton.  This location originally opened in 1923 and remained in business for parts of seven decades, through the Great Depression and two World Wars before closing in 1984.  I was technically alive when the store was open, but I don't have any memories of it.  Maybe there was a toddler in Northeast Pennsylvania who was in the market for a discount recliner in the mid-80's, but it wasn't me.

Put A Little Frenchy Mustard On It 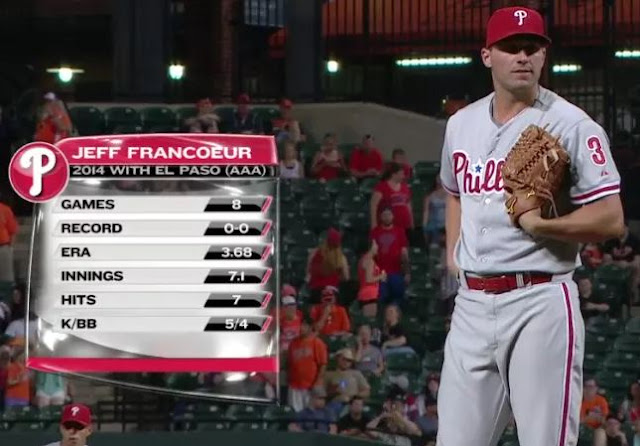 Jeff Francoeur
Philadelphia Phillies - Relief Pitcher (?)
Last night was not a fun time for the Fightins.  Phillies starter Jerome Williams gave up six runs in the 1st inning, staring with a leadoff home run to Manny Machado and ending with two runs scored on a passed ball in which Williams injured his leg trying to tag out the second runner.  There was no collision at the plate or anything like that.  Williams fell into a Johnny Cage split on the play and limped off of the field without getting out of the 1st inning.  Dustin McGowan came on in relief with two outs in the bottom of the first.  He managed to stay in through the end of the 4th inning, but he also gave up six runs, including another home run to Machado in the 2nd inning.

Fast forward to the 7th inning.  The Phillies were losing to the Orioles by a score of 17 - 3 when right fielder Jeff Francoeur was brought in to pitch.  Frenchy was a pitcher in high school and he pitched in eight games for the El Paso Chihuahuas last season, but the 30 year old right fielder had never pitched in a major league game.  Surprisingly, he started out pretty well.  He struck out a batter and set the Orioles down in the 7th, which ended up being the only inning that Baltimore didn't score.  However, they brought him back out in the 8th and he started to get hit around.

What happened next was just plain absurd.  The Phillies bullpen phone wasn't hung up properly.  Television cameras zoomed in to show that it was off the hook, so when pitching coach Bob McClure called to get someone else warmed up, no one answered.  His solution was to literally wave a white flag (towel) to his bullpen to get their attention.  Finally, McClure came out to the mound with his right fielder's pitch count approaching 50.  Chase Utley was furious and spent some of the mound visit yelling at the Phillies pitching coach for leaving Francoeur in the game and risking injury.  He ended up staying in the game, and with his 48th pitch, Frenchy got Chris Parmalee to fly out to Odubel Herrera to end the inning.  The Phillies would not score in the bottom of the 9th for the 19 - 3 loss. 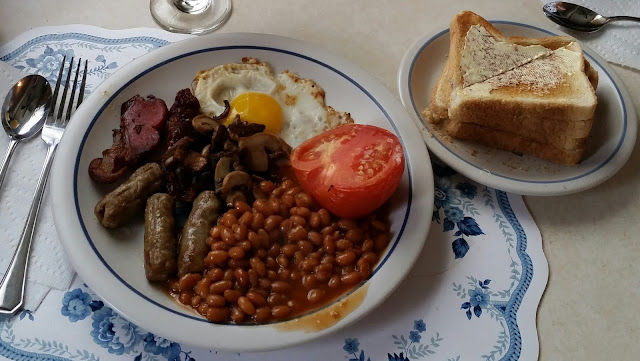 It's not exactly the same as what we had in London. but it's damn tasty!

It's A Rough Life 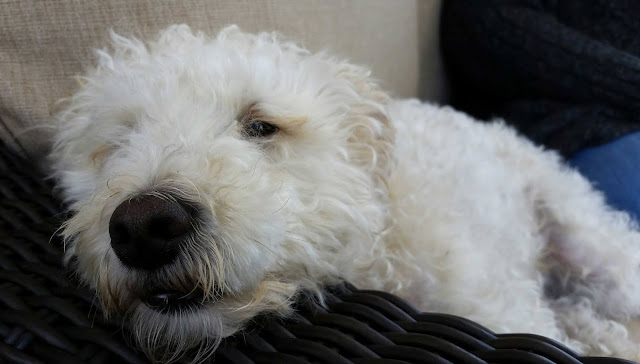 Little Harvey has found his favorite spot to rest on the back porch.  He loves to rest his chin on things.

Dinosaurs and a Desert Apocolypse 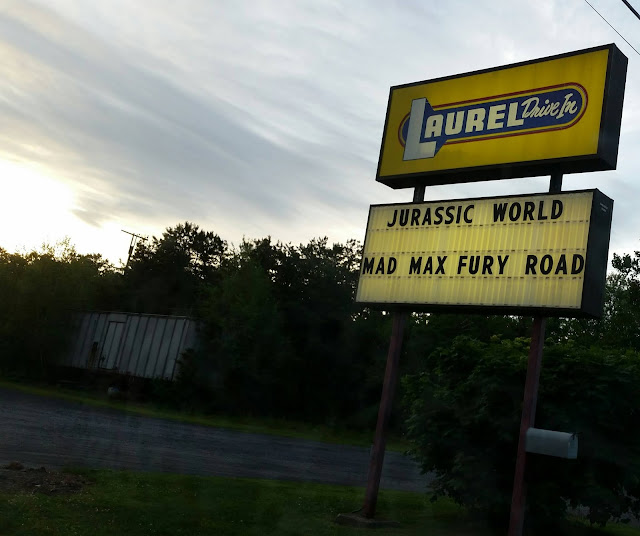 Jurassic World and Mad Max: Fury Road
Laurel Drive In - Hazleton, PA
There aren't too many drive in movie theaters in operation, and I'm lucky enough to live within a thirty minute drive of two of them.  Actually, I could probably walk to the Laurel Drive In from my house, but going without a car kind of defeats the purpose.
In the summer of 1986, the first movie I ever saw in theaters was at this drive in.  It was The Karate Kid: Part 2, and I loved every minute of it.  In the years since, I must have seen at least a hundred other movies at this place.  The Laurel Drive In really is a treasure of the Hazleton area, and it's one of the few places that's still in operation in town since my childhood. 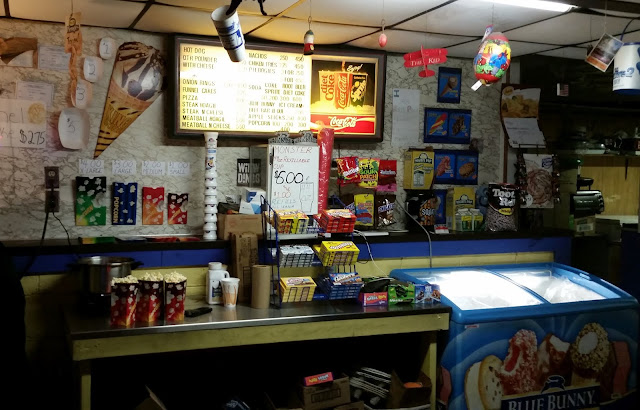 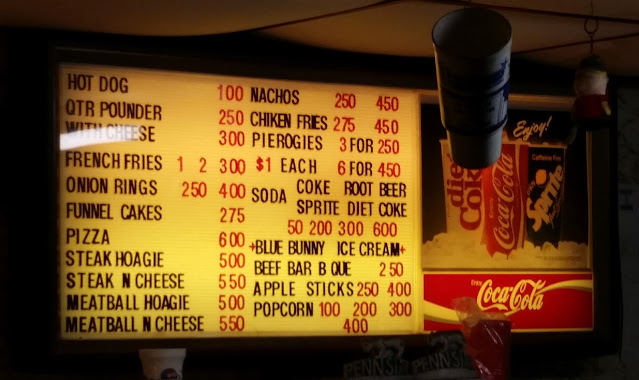 One of the best parts of the Laurel Drive In is the food.  It's all delicious diner-style food, and it's all very reasonably priced.  That pizza you see on the menu there for $6.00 isn't for a slice - it's for a whole pie.  Granted, it's not an extra large, but it's enough to feed at least two people.  Tell me one other movie theater in the world where you can get a hot dog, a bag of popcorn and a soda for five bucks.  The cheesesteaks and meatball hoagies are delicious, and they've got to be one of the only places in the country where you can go see a movie and buy pierogies and funnel cake at the concession stand. 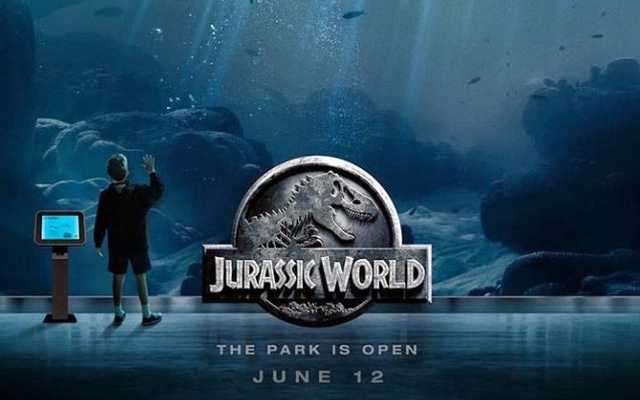 The first Jurassic Park movie is one of my favorite summer blockbusters of all time, but if I'm being totally honest, I don't care about The Lost World or Jurassic Park 3 at all.  Thee first movie was epic, and the two sequels aren't bad - I just don't think that they're necessary, other than to squeeze as much money out of the success of the first film as possible.
Jurassic World is definitely a better movie than the second and third sequel.  It more fun, the callbacks to the first film were great, and the plot expands on the world build by Jurassic Park in a way that the second and third films in the franchise did not.  The story begins over two decades after the events of Jurassic Park, and at a time in which the Jurassic World theme park has been open for over a decade.  The idea of seeing a real dinosaur isn't as special as it once was, so the folks in charge are feeling pressure to ramp things up to keep interest in the park alive.

The second part of this double feature was Mad Max: Fury Road, and... uggh.  I'm sorry, I want to like the Mad Max films.  I really do.  I know it's highly regarded by critics and fans, and it ticks a lot of the boxes that I typically find interesting, but with the exception of The Road Warrior (which I think is good, but not great), I've been bored to death by the franchise as a whole, and Fury Road may be the most dull out of them all.
I don't know if I'm just not into car chases, or if I'm just not all that interested in this particular style of post-apocalyptic fiction.  The whole plot can be summed up with "We're all savage nomads, and we're almost out of bullets and gas and everybody's craaaaaazy".  I might enjoy something like this if it was made into a cheap 90 minute grindhouse style movie like Hell Comes To Frogtown, but it tries to take itself way too seriously and the dialogue is so dopey that it could be an unintentional comedy if it wasn't so damned boring.  There's no depth to any of the characters at all, so I have no reason to care what happens to them.  At about 45 minutes into the film, we both realized that we couldn't name most of the characters and couldn't care less if they all burst into flames at that very moment, so we left. 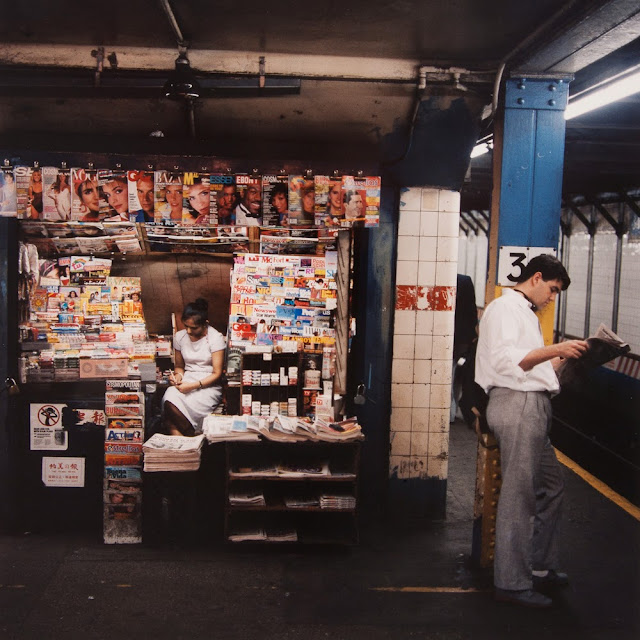 Newsstand In The Subway
Photo by Janet Delaney
New York City (1985)
The magazine covers at the newsstand date this photograph to June 1985.  It is just one of many beautiful photos from the Janet Delaney's collection: New York City 1984-1987. 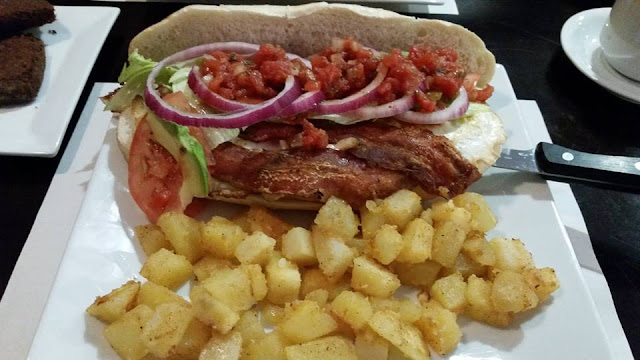 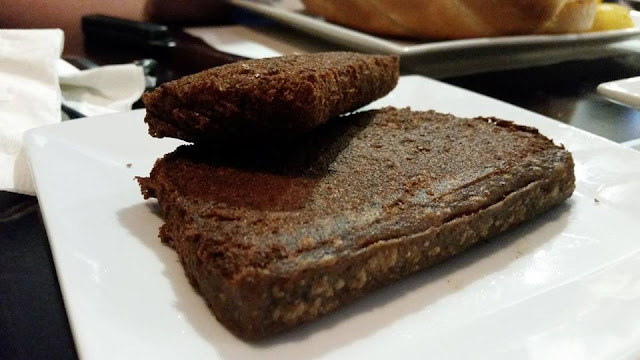 Breakfast Sub with Scrapple
Eddie's American Diner
15th Street - Hazleton, PA
This was a very tasty breakfast.  The sub is filled with fried eggs, bacon, lettuce, tomato, onion and salsa.  They know how to make scrapple too - thick cut and crispy on the outside. 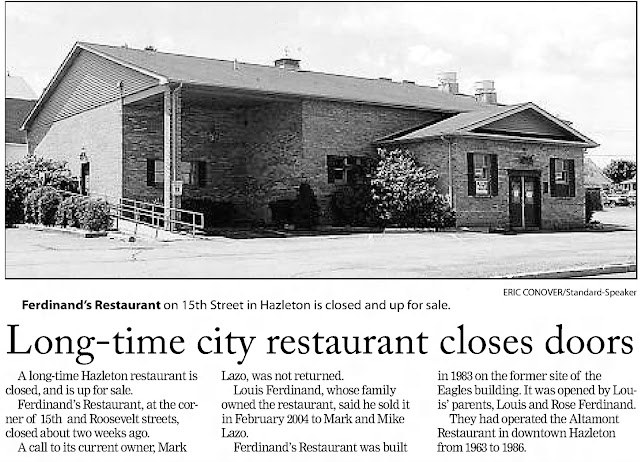 Eddie's is in the old Ferdinand's Restaurant building, which closed five years ago.  Ferdinand's was open from 1983 to 2010 and served mostly Italian food.  Our family usually went to Blue Comet instead, but I was still sad to see it closed.  Glad to see another nice restaurant pop up in its place.