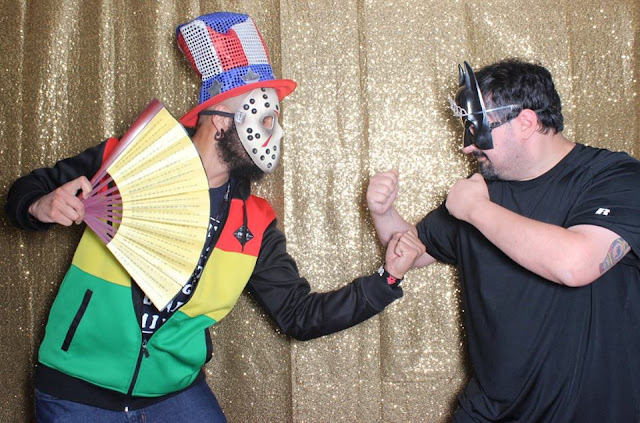 The boss brought a photo booth company in to take pictures as part of our celebration for merging several teams into one.  Angel and I broke into an impromptu Mortal Kombat pre-match screen.

Let's Start With Land Of The Dead 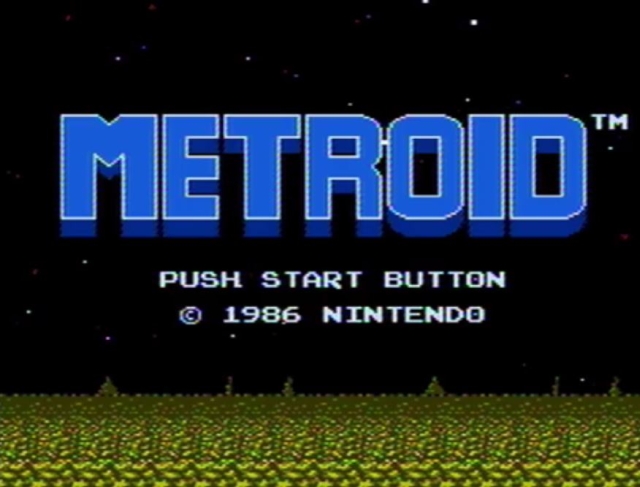 Metroid music remake
by Luminist
All sounds were generated with a Korg MS20 Mini, then processed with studio effects to make things more atmospheric.  It's available for purchase on iTunes, and you can listen to it on YouTube below:

Nintendo At The Arcade 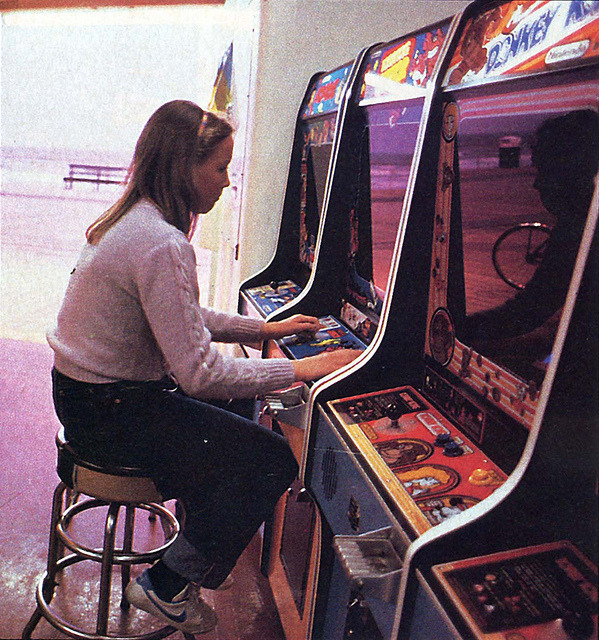 This photo, which appears to have been taken at an arcade on the Wildwood boardwalk, was shared on Flickr by Tom Edler.  It shows three arcade games that were developed by the Nintendo R&D 1 team: Donkey Kong (1981), Donkey Kong Junior (1982) and Popeye (1982).  There is a metal ashtray bolted to the front of each of these cabinets. 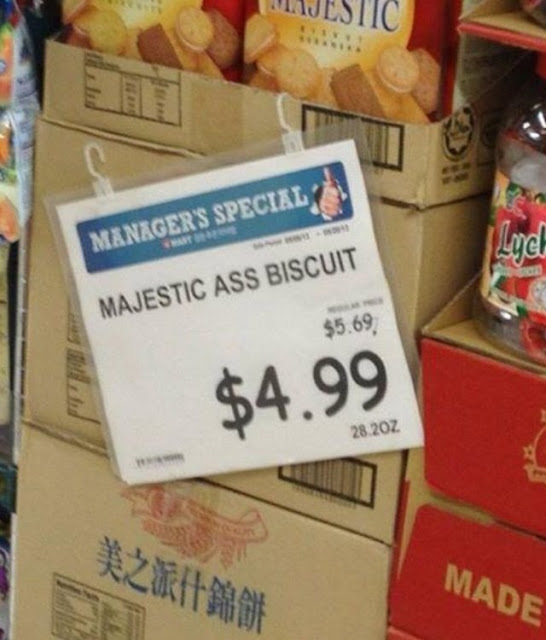 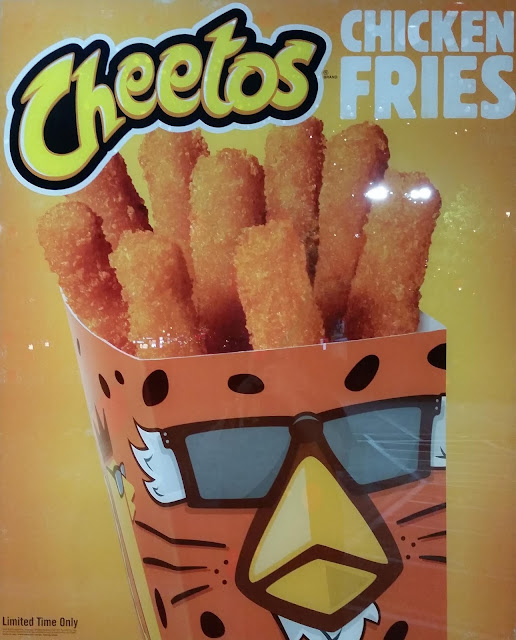 Cheetos Chicken Fries
Burger King (2016)
I don't think I'll ever enjoy anything more than the Burger King chicken tenders that they used to have in the late 80's, but these are pretty darn good! 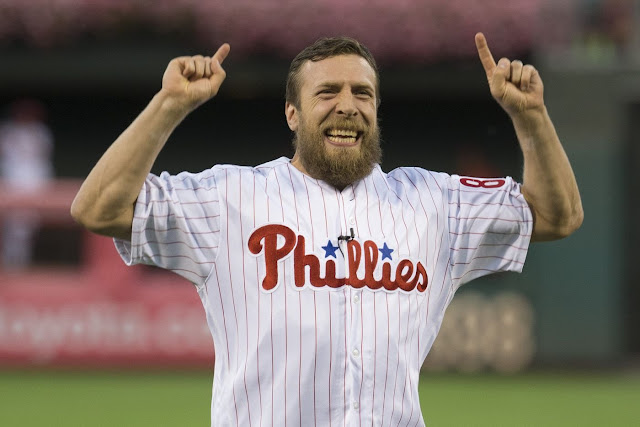 I've been a fan of Daniel Bryan since he wrestled as "The American Dragon" Bryan Danielson in Ring Of Honor.  Not only is he one of my favorite wrestlers of all time, but he's also a hell of a nice dude.  I was lucky enough to meet him a few years back before an ROH event.

Earlier today, he spent some time with the Phillies and threw out the first pitch in their game against the Pirates.  After a 5 run second inning and six solid innings pitched by Jeremy Hellickson, the Phillies won the game 6 - 2. 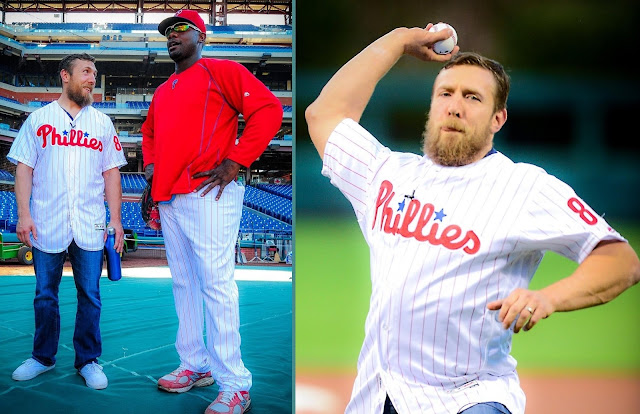 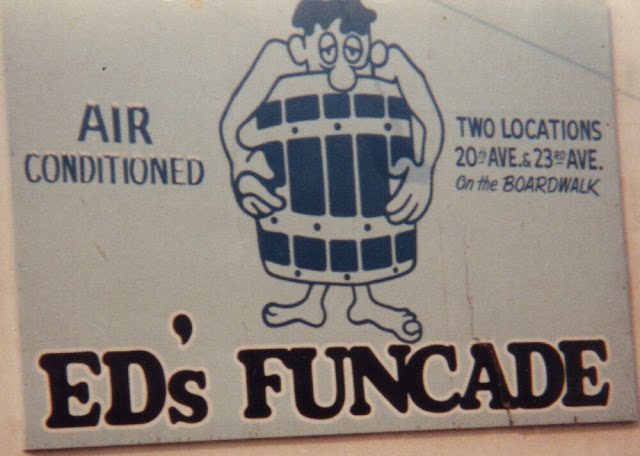 When I was growing up in the 80's, my family and I spent three days every year on the boardwalk in Wildwood, NJ.  It was the highlight of my summer.  One of the reasons was the arcades, and the king of them all was Ed's Funcade.

Ed's Funcade is still in operation, and they host a World Championship Skee-Ball Tournament every year on Labor Day.  Hope to participate in it one of these years. 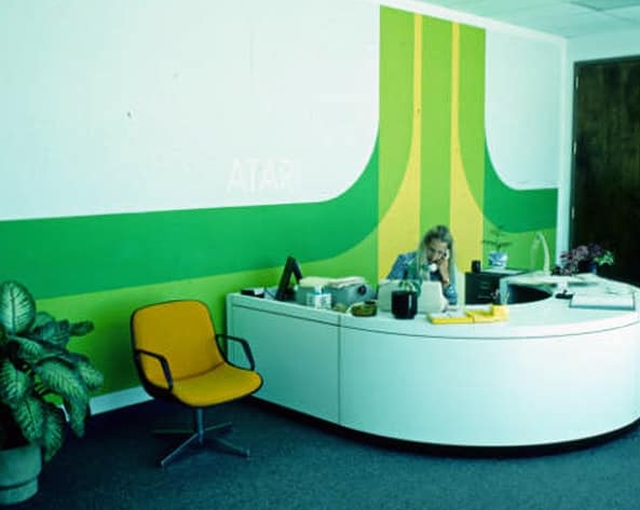 Lobby of Atari Headquarters
Sunnyvale, CA (1976)
I love the lime aesthetic.  It looks like Sprite sponsored their front desk.

Bridgeport Is Just Too Sweeeeet

nWo Night - September 2, 2016
Bridgeport Bluefish vs Southern Maryland Blue Crabs
The Ballpark at Harbor Yard - Bridgeport, CT
The Bridgeport Bluefish of the Atlantic League have had an interesting history of guest managers, including Pete Rose, Paul O'Neill and Roger Clemens.  In last night's game, the team wore nWo jerseys was managed by the New World Order: The Outsiders (Scott Hall and Kevin Nash) and Syxx.  The Bluefish won the game 8 - 6, which gives the Wolfpac an undefeated managerial record in the Atlantic League (photos by Frozen Moments Photography of Norwalk, CT). 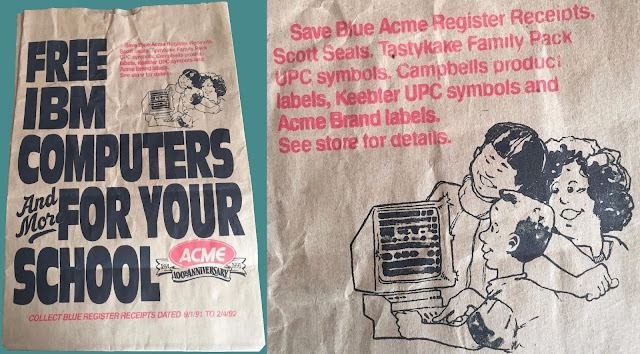 Acme Grocery Bag (1991)
This bag advertised a promotion that Acme hosted for their 100th anniversary, which was 25 years ago.  Shoppers could save store receipts and barcodes from select products, and in exchange, Acme would donate computers to their local school district.

It looks like the kids on the bag are playing Frogger.

The Challenge Will Always Be There 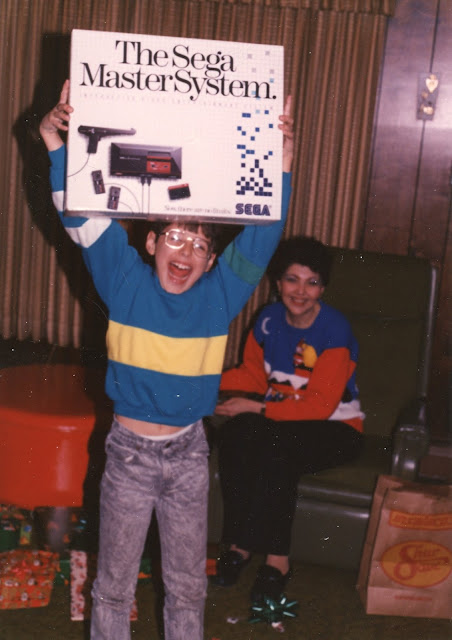 Sega Master System
Thirty years ago, Sega's answer to the NES was released in North America.  My first time playing the Master System was the summer of 1988 when I was visiting cousins in Hawaii.  It was love at first sight and it found its way to the top of my wish list the second the controller hit my hands.  My grandparents gave it to me as a Christmas present that same year.

My favorite game for the console is Shanghai.  I have a lot of fond memories of playing the two player version of it with my grandfather on the move timer.  I played a little dirty by dragging the cursor up to the top right corner of the screen after my turn was over to give me more time to find a move without my grandfather being able to move the cursor fast enough to make a move.

Other favorites of mine include Double Dragon, Out Run, Time Soldiers, Alien Syndrome and Astro Warriors.  Later on in the days of dial-up internet, I discovered Phantasy Star on the early SMS emulators.

Though it'll always come in second to the NES for all but the most dedicated of Sega fans, the Master System did have its advantages.  Sega's arcade ports were second to none, and their version of Dragon Warrior was superior to the NES.  Safari Hunt came with the system and was a more robust gun game than Duck Hunt, and although many would disagree with me, I enjoyed Out Run more than Rad Racer.

If you haven't played a lot of the Master System, sample some of their catalog.  It's a distinct experience from the NES and definitely worth playing.