Wall-E and The Incredible Hulk

Wall-E and The Incredible Hulk
Garden Drive In - Hunlock Creek, PA
I grew up going to the Laurel Drive-In in Hazleton.  It's still in operation, and we still go to it from time to time, but the Garden Drive-In has two screens, so there's more of a selection to choose from.  Last night, we went to see a double feature of Pixar's latest animated feature, Wall-E, and Edward Norton starring in The Incredible Hulk.
If I'm being honest, I went mostly for Wall-E and stayed for The Incredible Hulk because it didn't cost anything extra.  Don't get me wrong, it was alright, but my fandom of comic books is a passing interest at best.  I didn't read them too often when I was growing up.  In fact, most of my experience with comics is from the 1990 Marvel Universe tradings cards.  But enough about comics for now.  We have a masterpiece to talk about.
Wall-E isn't just good - it's absolutely incredible.  If it's not the greatest animated film I have ever seen, it's definitely in the running.  I think the majority of the viewing audience will come out of this thinking that it's a grim prediction of humanity's future, with the environmental destruction of Earth and humans living their entire lives on a hoverchair in a spaceship with their faces in front of a screen.  Frankly, I thought it was an optimistic look at the future.  I'm not saying the world that humans are coming back to in Wall-E is good.  In fact, I have no doubt that this is exactly what we're doing to the planet.  I just strongly doubt that humans will still be around to sift through the garbage, and if they are, I doubt they'd be peaceful adult babies in space, but warlike animals scraping out whatever life they can.  Regardless, Wall-E is a fantastic animated film that everyone, of all ages, should see.

The Match That Didn't Happen

ECW World Championship Match preview
WWE.com (2007)
This match was scheduled to take place this time last year at the WWE Vengeance: Night Of Champions pay-per-view.  It didn't happen as a result of the Chris Benoit murder/suicide.  Benoit wrestled for over 20 years and he worked a style that was particularly abusive to his head.  An autopsy revealed that Benoit had severe CTE and damage to his brain stem and all four lobes of his brain.  This damage was so severe that his brain resembled that of an 85 year old Alzheimer's patient.  It has been speculated by doctors and other experts in the field that the severity of his brain damage was enough to cause dementia, which may have been behind this horrible tragedy.

I hope that World Wrestling Entertainment and the industry work harder to protect the health and well-being of the performers.  No diving headbutt or chair shot is important enough to put a human being's health and safety at risk.  It can never be known for sure if brain damage was the sole cause of the violent behavior that led to the death of three people, but it's something that must be taken seriously.  Things cannot continue as they've always been.

A Bird From A Pirate Ship 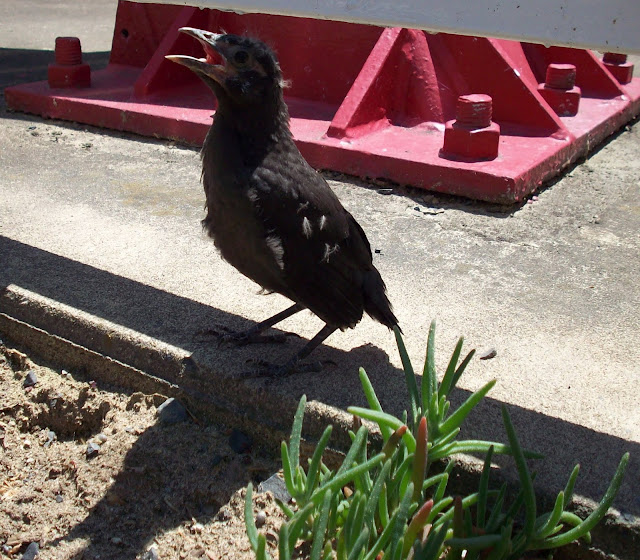 I found this cheerful little bird cawing next to the Galleon at Knoebels yesterday.