The Retaking Of Iolani Palace 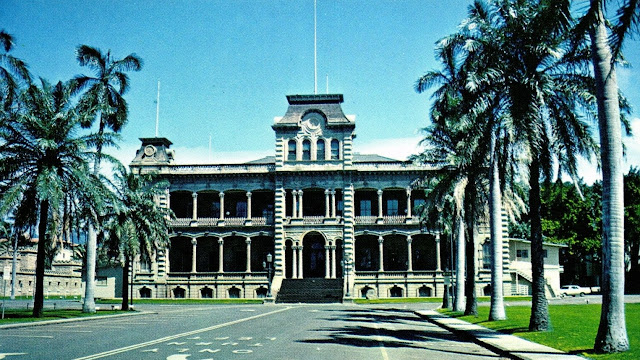 Iolani Palace
Honolulu, HI
For the second time this year, a Hawaiian independence group staged a takeover of Iolani Palace in protest of the 1893 illegal overthrow of the Hawaiian Kingdom.  The group of approximately 20 members of the Kingdom Of Hawaii Nation Ministry Trust held the grounds for a few hours before they were arrested.

I visited Iolani Palace when I was eight years old.  It was the home of six Hawaiian monarchs: King Kamehameha III, King Kamehameha IV, King Kamehameha V, King Lunalilo, King Kalākaua and finally Queen Liliʻuokalani before the fall of the House of Kalākaua.  Afterward, it was used as the capitol building for the territory, and later the state of Hawaii until 1969.  In 1978, the building was restored and opened to the public as a museum.

As a man with native Hawaiian ancestry, I am firmly in support of Hawaiian sovereignty. It's going to take a little more than good intentions and security t-shirt to get the job done, but I respect the effort and the message.

Future Aces And The Chicken 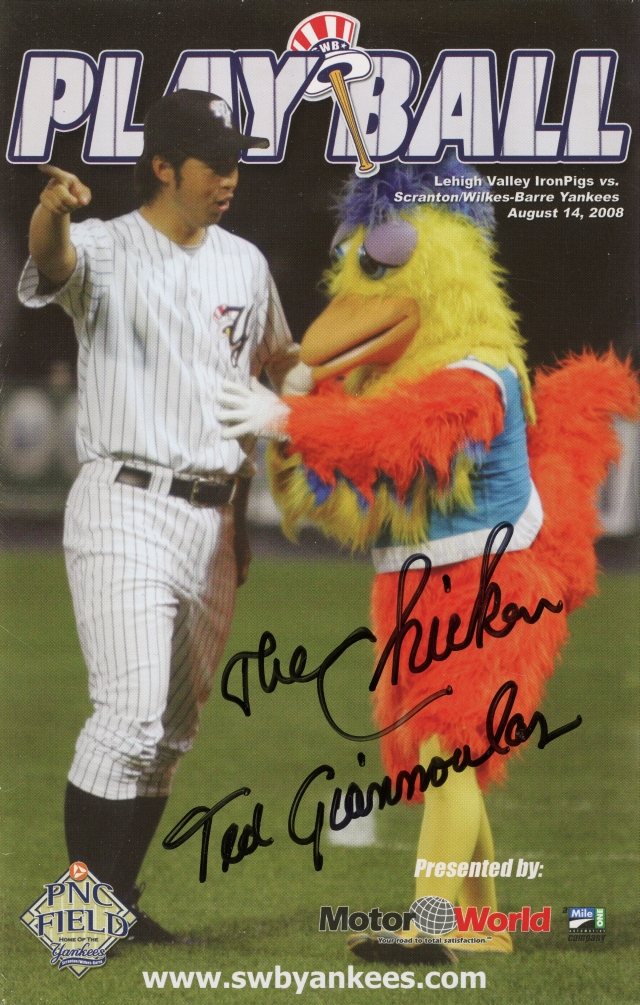 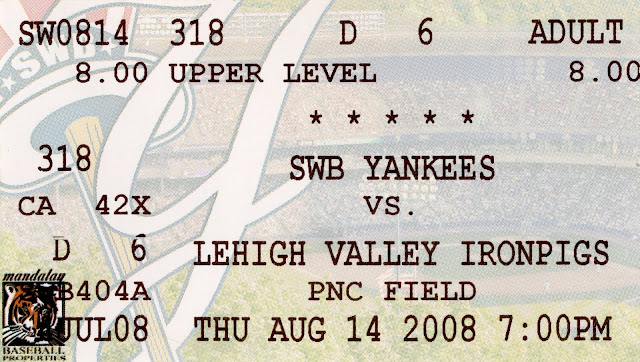 Thursday, August 14, 2008
Lehigh Valley Iron Pigs @ Scranton Wilkes-Barre Yankees
PNC Field - Moosic, PA
Pitching: Carlos Carrasco vs. Ian Kennedy
Results: Yankees defeated Iron Pigs, 2-1
One of my happiest memories of going to a ballgame was when I was 12 years old and my dad took me to a West Palm Beach Expos game in which The Famous Chicken.  I knew who he was from old blooper videos, and from the '82 Donruss baseball card that was released back when he was still called the San Diego Chicken, but I didn't fully appreciate his act until I got to see it live.  It's a totally unique form of comedy that has the power to instantly turn everyone in the audience into children.  When I saw that he was doing an appearance at a SWB Yankees game and that they were playing the Iron Pigs, I knew I couldn't miss it. 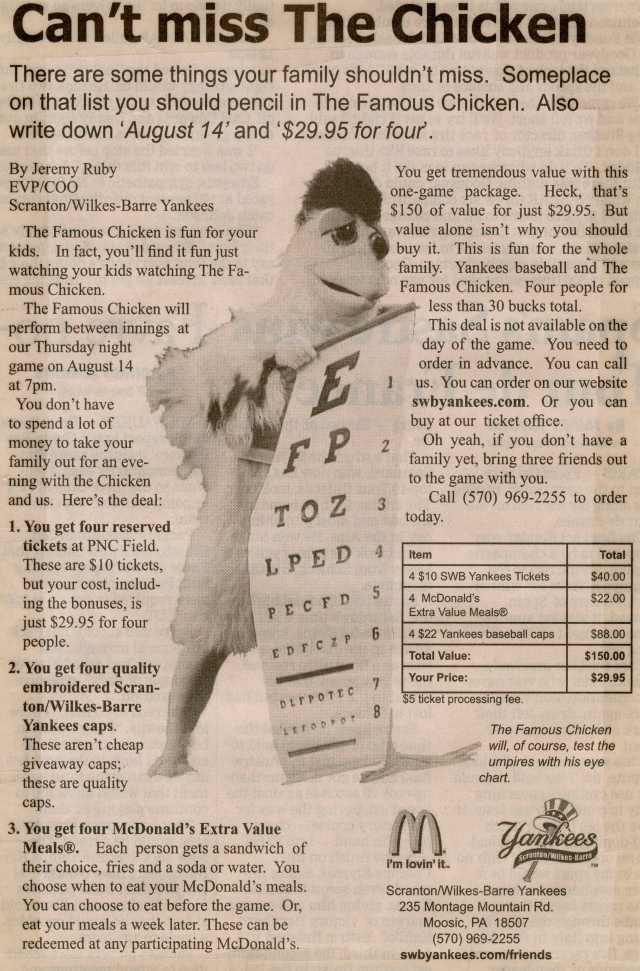 The Chicken was funny as always.  After the game, he had a table set up to meet the fans and sign autographs.  I was probably the oldest person in that line without a kid, but I didn't care.  I wanted to meet the dude.  He was very nice, and he signed my game program. 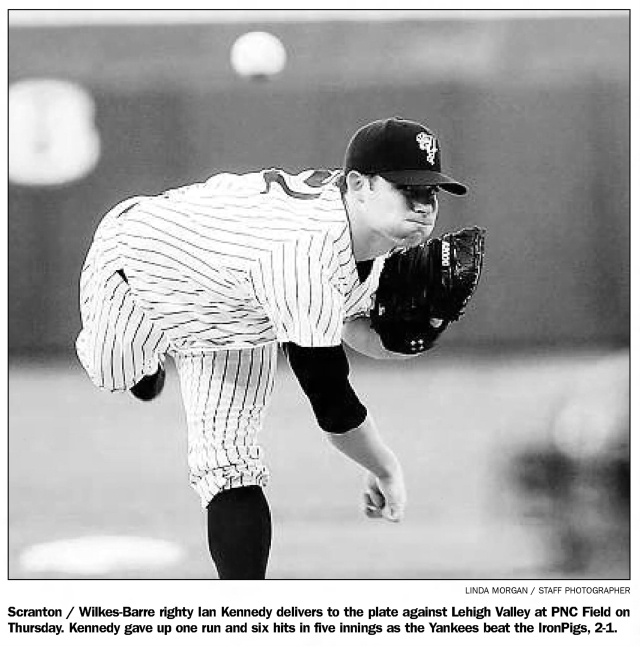 The game turned out to be a pitchers dual between two of the best prospects in the Yankees and Phillies organizations.  The Yankees struck early in the bottom of the 1st.  Brett Gardner singled off of Carlos Carrasco, followed by an RBI double off the bat of Chris Basak.  The Iron Pigs tied the game in the top of the 4th when Jon Knott hit his 27th double of the season, followed by a Chris Snelling RBI single.
Carlos Carrasco had a rough 6th inning that saw the Yankees regain the lead.  Cody Ransom hit a one out single, then advanced to second on a balk, and advanced to third on a wild pitch.  Finally, Jason Jaramillo let a passed ball get through which allowed Ransom to score what would end up being the winning run for the Yankees.
The Iron Pigs made it interesting in the bottom of the 9th when second baseman Oscar Robles hit a double to deep right field off of Scott Strickland that fell just inches short of being a game tying home run.  Shortstop Mike Rouse followed this up with a line drive, but Yankees first baseman Juan Miranda made an incredible diving play to record the final out of the game. 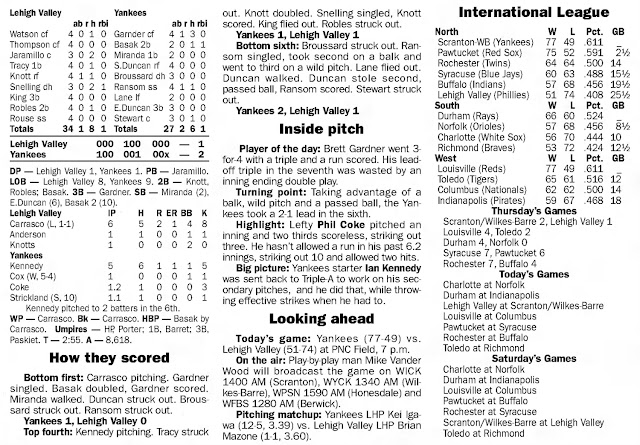 STP By The Lehigh River 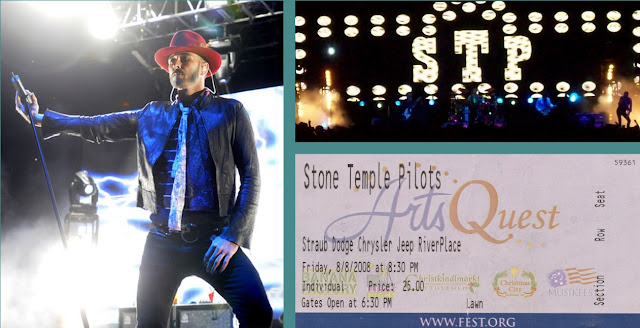 Black Rebel Motorcycle Club / Stone Temple Pilots
Musikfest - Straub Riverplace - Bethlehem, PA
Stone Temple Pilots has been one of my favorite bands since I was in middle school.  Last night's show was a part of their reunion tour, and they performed an excellent set.  Black Rebel Motorcycle Club was also very good, but I was a bit disappointed in the venue.  It may have been the quietest rock concert I've ever been to.  In fairness, it was an outdoor stage and we had lawn seats, so I'm sure it was better closer to the stage. 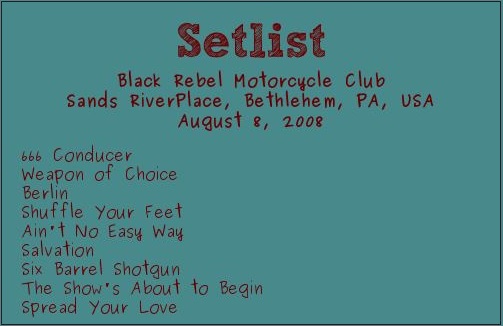 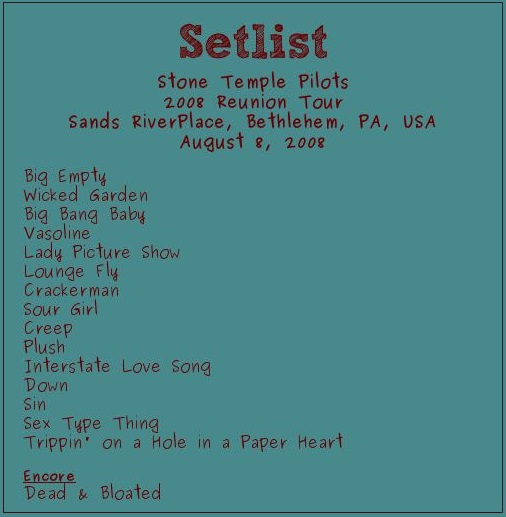 Do The Day, And Let The Day Do You 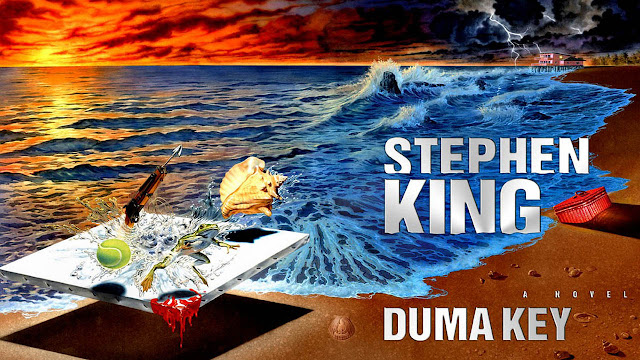 Duma Key
Stephen King (2008)
I can't recommend this highly enough - one of the most interesting and creative stories that I've read in a long time.  Jerome Wireman might be favorite Stephen King character ever.