The Woodgrain Didn't Start With The 2600 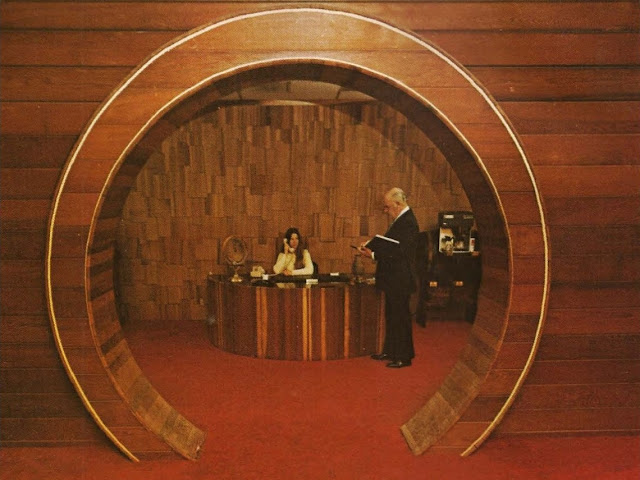 Atari Inc.
Los Gatos, CA (1973)
Nolan Bushnell incorporated Atari Inc forty years ago today.  This was the lobby of their corporate headquarters on Winchester Blvd in Los Gatos.  The company used these offices for three years before moving to Sunnyvale in 1976 (source: Atari Inc - Business Is Fun). 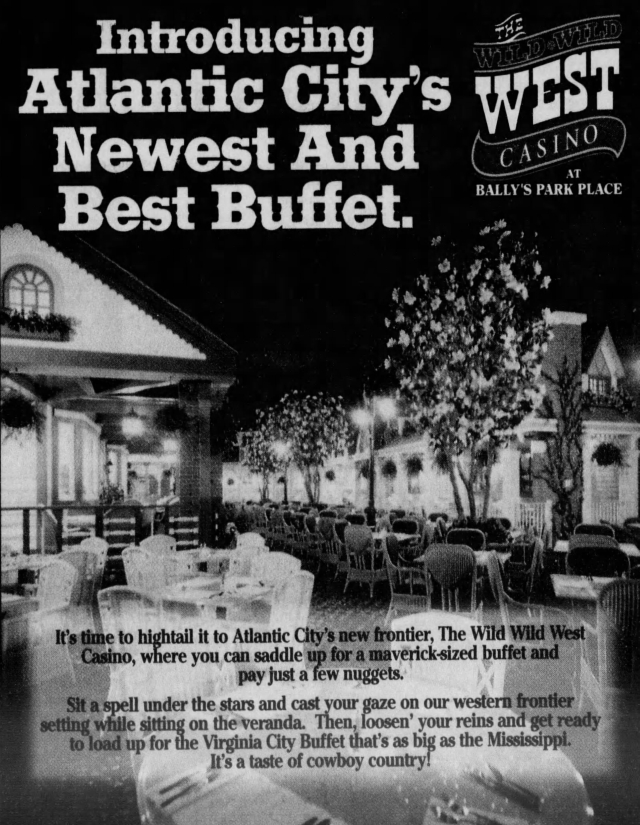 I started visiting Atlantic City in the mid 2000's.  I played some roulette, but I'm not much of a gambler, so for me, the main attraction was the beach, the boardwalk, the Ripley's Museum and the food.  After hearing for years about how good this buffet was, I had to check it out.  I wasn't disappointed. 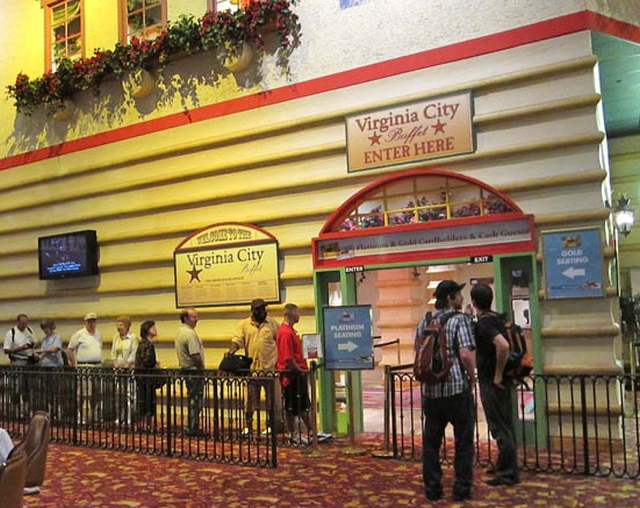 The Buffet was on the second floor of Bally's Wild Wild West Casino.  Guests of the restaurant would stand in line and pay on the first floor.  You'd be given a receipt and a ticket for a ribeye steak, and you would then be guided to an escalator that brought you to the restaurant.  When you got there, you'd turn in your receipt and then be seated in the dining room.

As its name suggests, the Virginia City Buffet was themed after the old west, and it had just the right amount of kitch to be charming.  If you were hungry for a good steak, the first place to stop is the Chuck Wagon Carving Station where you would turn in your coupon in exchange for a juicy and very nice sized ribeye steak.  All of the food at the other stations was all-you-can-eat, including Fort Pasta, The Last Chance Deli, and the dessert section which was called Remember The Ala Mode.  There was always a wide variety of different foods available, including roasted chicken, shrimp and delicious hot pastrami.  Everything I've ever had there was very tasty, but as much as I enjoyed the food, the atmosphere is what kept me coming back. 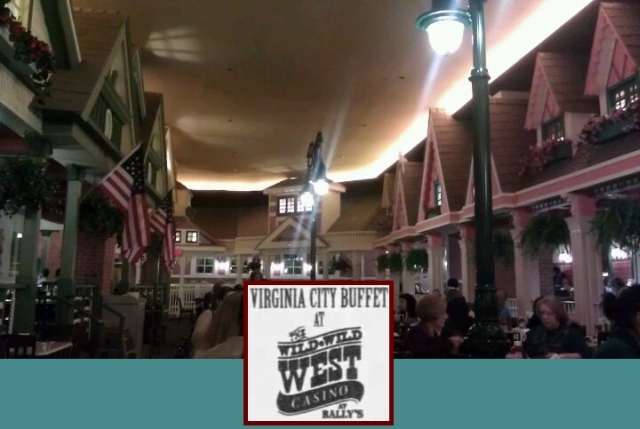 The dining room was divided into several different seating areas.  The main area was an outdoor courtyard with street light and trees.  This was surrounded by structures that were made up to look like the front of country homes.  It may sound silly, but after a few minutes of dinner and conversation, it was enough of an illusion to make you feel like you really were sitting outside. 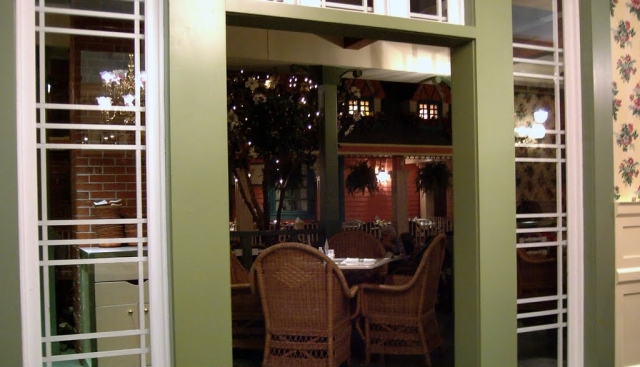 There was a seating area on the front porch on each of these homes.  This area had dim porch lights and hanging plants, and a doorway that led into a small dining room where additional restaurant seating could be found.  All of the tables were spaced out well enough that you could go to the buffet and return to your table with no trouble, even when the restaurant was busy. 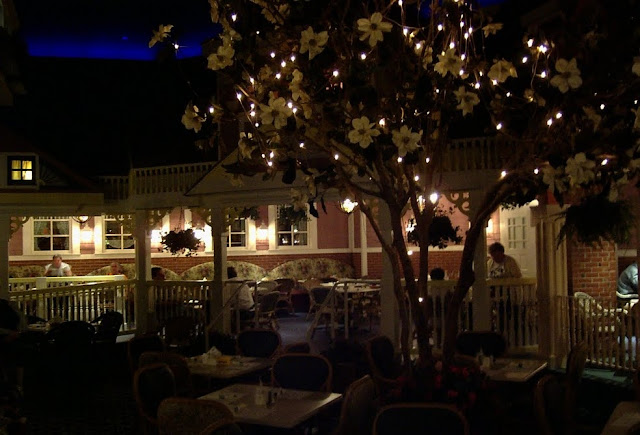 One of the things that made the atmosphere special was the lighting.  I'm not sure if they had a set schedule to adjust the lighting of the restaurant based on the time of day, but it definitely did change.  The photo above is how the dining room looked most of the time when I had dinner at the Virginia City Buffet.  The courtyard was dimly lit by lights in the trees, street lights and the lights from porches and faux windows on the second floor of the country homes.  The center of the ceiling was dark, but the perimeter above the rooftops of the homes were lit with dark blue lights that made it look like the horizon of a night sky. 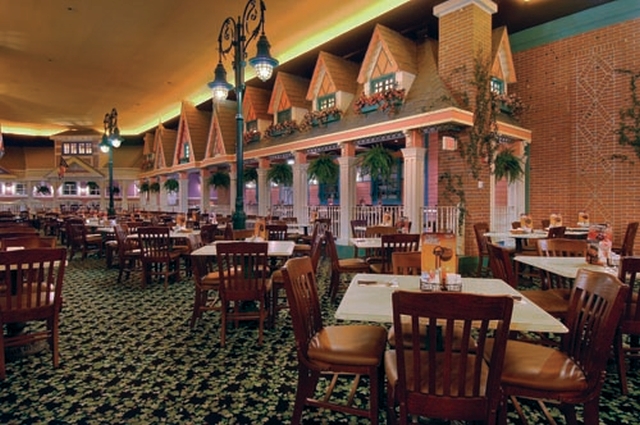 I suppose that some people would laugh at what I'm saying about this place, or that they'd think it was a cheesy place, but I found the Virginia City Buffet to be a very warm and cozy place to eat.  It was a nice tucked away corner of Atlantic City where you could relax and have a cup of coffee with some good food.  You could forget about the outside world for a little while and escape into the moment.

If I knew ahead of time that it was scheduled to close today, I would have definitely made it a point to go back and have one last meal here.  However, time marches on and the Virginia City Buffet is now just a pleasant memory of a place I liked to have dinner at when I was in my 20's. 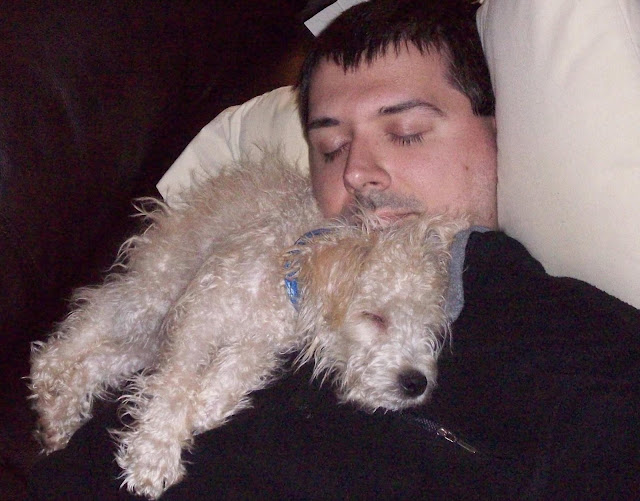 My little buddy fell asleep with me.

Revenge Is A Dish That Is Best Served Cold 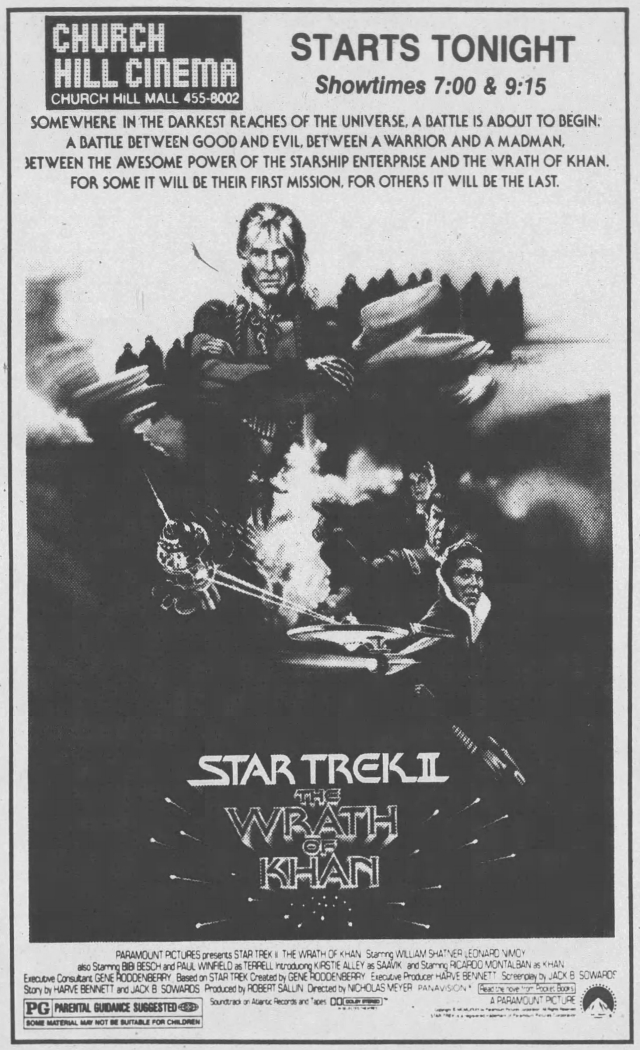 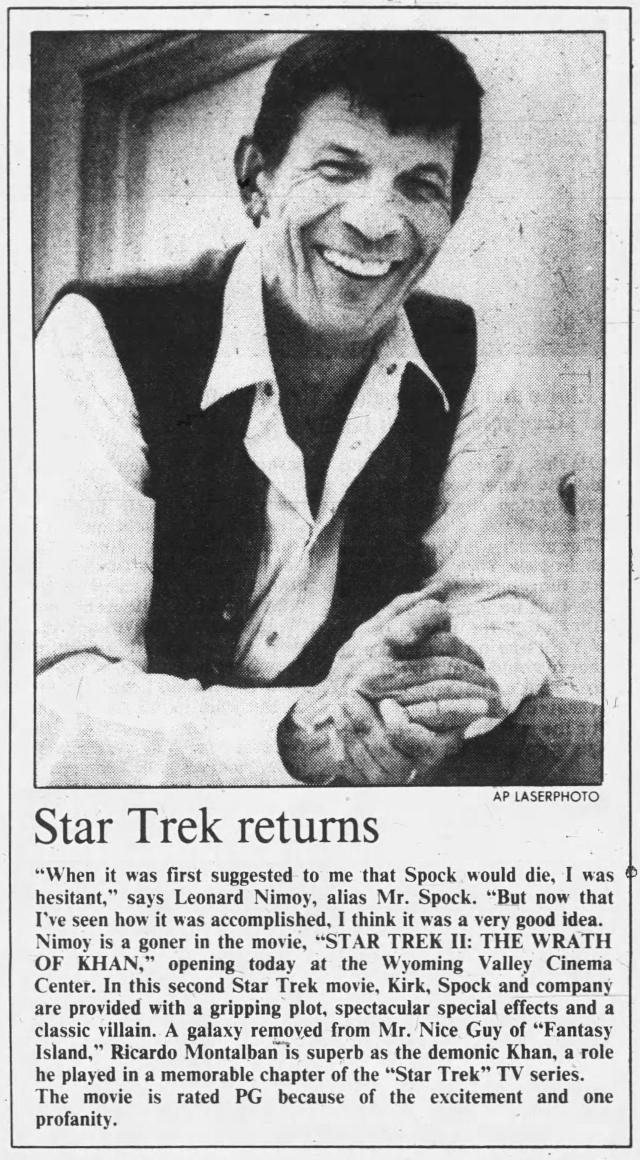 The studio did a poor job of hiding the dramatic conclusion of the Star Trek sequel.  News about the death of Spock began to circulate while the movie was still in production.
This clipping was published in the Times Leader on June 4th, 1982, so even fans who managed to avoid the rumors about Spock's death would have read about it in the newspaper hours before they could have attended the earliest screening of the film.

The Newest Member Of Our Family 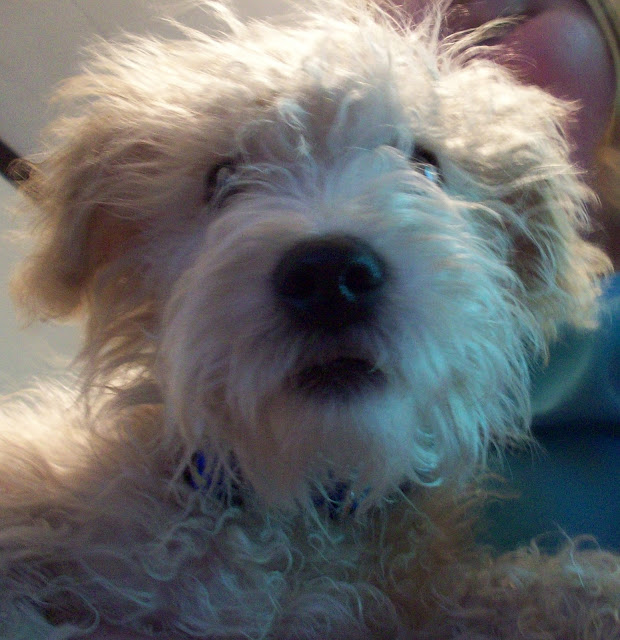 This is Harvey.  Get used to seeing him.