To Whom The Bell Cycles 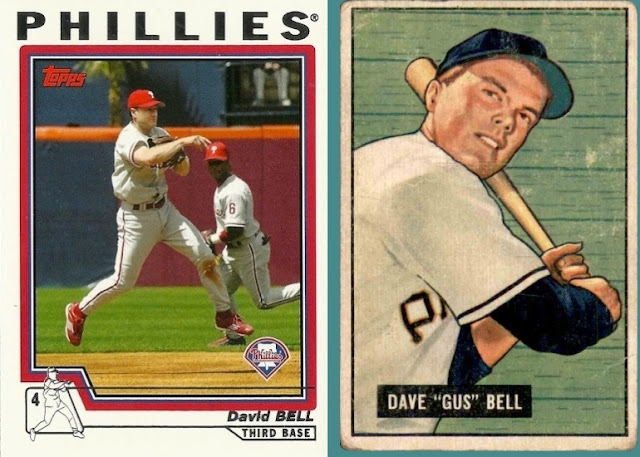 In the Phillies 14-6 win over the Montreal Expos this evening, David Bell hit for the cycle.  The Phillies third basemen is the second member of the Bell family to accomplish this feat.  His grandfather, Pirates right fielder Gus Bell, hit for the cycle 53 years ago in a game that took place on June 4th, 1951 against the Philadelphia Phillies. 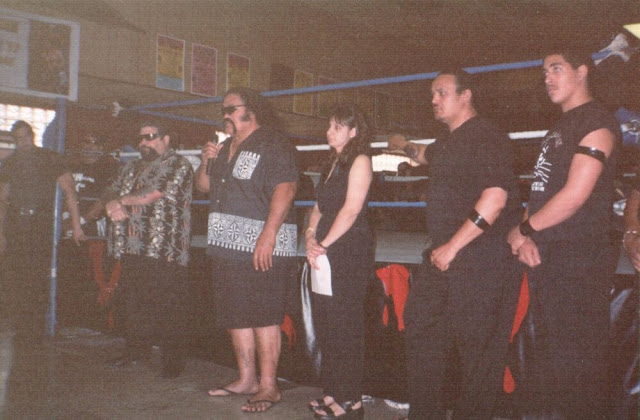 WXW: The Owen Hart Memorial Show
American Legion Hall - Hazleton, PA
Owen Hart tragically died in the ring on May 23, 1999 at the WWF Over The Edge pay-per-view event.  Five years ago on June 19th 1999, World Xtreme Wrestling held a memorial show as a way to pay tribute to an incredibly talented man.
The photo above was taken before the start of the show following a moment of silence for Owen Hart.  Afa the Wild Samoan and members of his family took turns speaking to the crowd and sharing memories about Owen and how much he meant to them and to professional wrestling.  Standing next to him is his wife, Lynn Anoa'i, and his sons, Headshrinker Samu and Afa Jr. 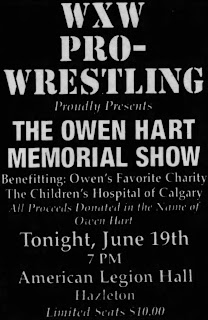 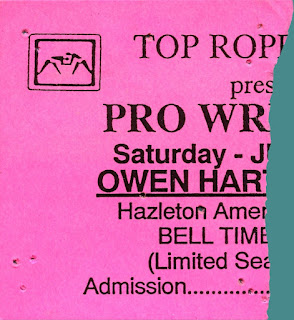 The card included top talent who were wrestling across the indie scene at the time, including Doink The Clown, Devon Storm (who would go on to become Crowbar in WCW) and Headshrinker Samu.

Results:
UPDATE:  The wrestler who worked as Doink The Clown during this show was Ray Apollo, who was the second man to regularly work in the WWF as Doink after Matt Bourne separated from the promotion in December 1993.  He continued to wrestle in the WWF as Doink from 1994 to 1997 and in sporadic appearances, including the Gimmick Battle Royal at Wrestlemania 17.
UPDATE 2 (2/15/2006):  HC Loc would go on to work for ECW in its final days before becoming a member of the Ring Of Honor roster for their first show on February 23, 2002.  He and Tony DeVito formed a tag team called The Carnage Crew, and they held the ROH Tag Team Championship during the summer of 2005.
UPDATE 3 (4/28/2022):  Chris Hero began his wrestling career under the name of Wife Beater, and I wondered for years if he was one of the participants in the Tag Team Championship match at this show, or if it was just a coincidence and a local wrestler used the name because he wore a white tank top.  Earlier this month, I stumbled on an old scrapbook that I kept when I was 18 years old which reminded me of this, so I decided to reach out to the man himself to see if I could learn once and for all if this was him. 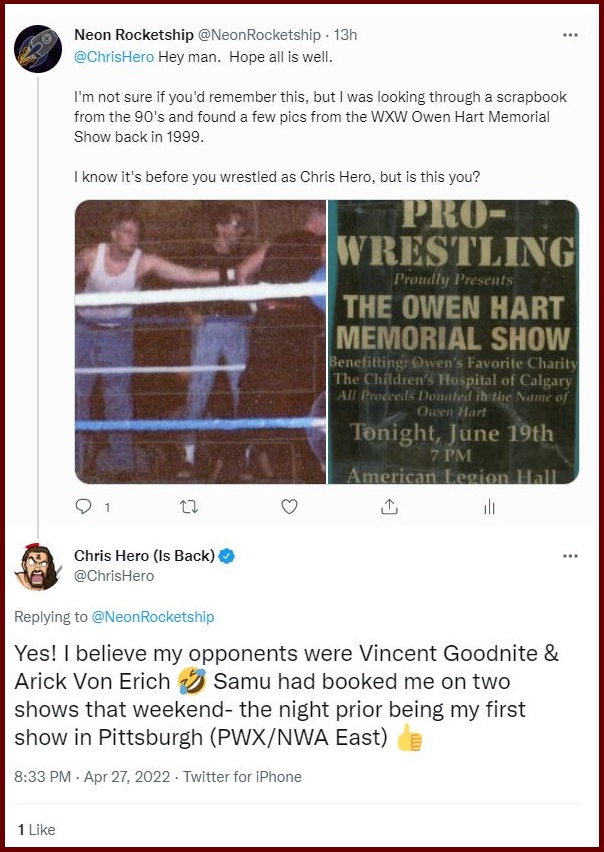 It's official - Chris Hero wrestled on The Owen Hart Memorial Show for WXW back in 1999.  I've been a big fan of his for many years.  I've been in attendance for a bunch of his matches with ROH, CZW and Chikara over the years, and I continued to follow his career on television when he wrestled under the name Kassius Ohno on NXT.  As luck would have it, he wrestled in my hometown, just a few blocks away from my house, at one of the first independent wrestling shows that I've ever attended.  Maybe I'm just a great big nerd, but I think that's pretty neat!