The Nestle of Donst 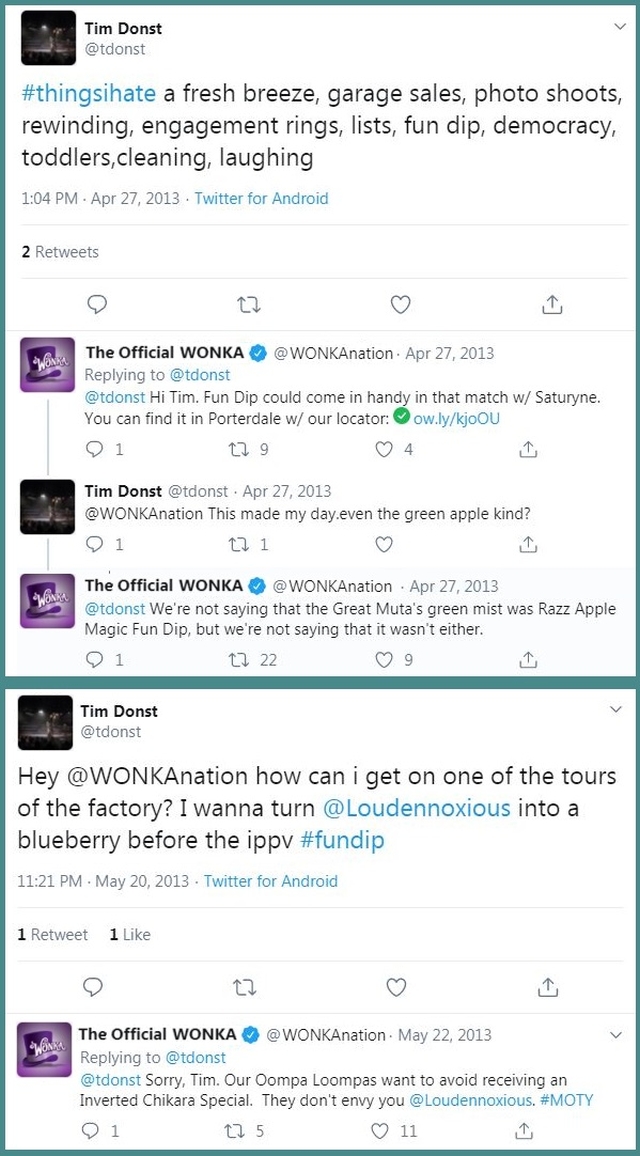 I work on the social media team for Nestle confections, which includes Wonka branded products.  Sometimes, I can slip one past our rules of engagement and have a little fun.  I was able to interact with Chikara wrestler Tim Donst a few times recently.  Maybe we will inspire him to use Fun Dip as a foreign object against Gavin Loudspeaker at Aniversario.

The Colonel Catches The Fever

Pac-Man Stickers
Kentucky Fried Chicken (New Zealand)
Source: Steve Williams
Thirty-three years ago today, Pac-Man made its debut in Japan.  It first appeared in Japanese arcades five weeks before I was born, and it came to the United States nearly six months after I was born, so I've grown up with Pac-Man as a part of my life.  Rarely have I ever passed a machine in the wild where I didn't pop in a quarter and enjoy a game.

Pac-Man was a phenomenon that inspired tons of licensed products and partnerships throughout the world.  These stickers were given away by Kentucky Fried Chicken restaurants in New Zealand in the early 80's.  They were shared by Steve Williams, who has an incredible Flickr account of vintage products and packaging from the island nation.