Jesse Ventura / Mae Schunk Campaign
Election Night Party Invitation (1998)
One last piece of Jesse Ventura governor ephemera I have to share is this invitation to his party on election night in 1998.  They mailed it out to Pennsylvania.  I wish I could have gone - bet it was one hell of a night.

Jesse Ventura
Campaign Pamphlet (1998)
Earlier today, The Body announced that he wouldn't run for re-election as governor of Minnesota.  I don't blame him a bit, but it's a shame.  The country needs leaders like Ventura who don't bow down to the two major political parties.

Dad and I ordered t-shirts and bumper stickers from his campaign in '98 and this pamphlet was in the package. 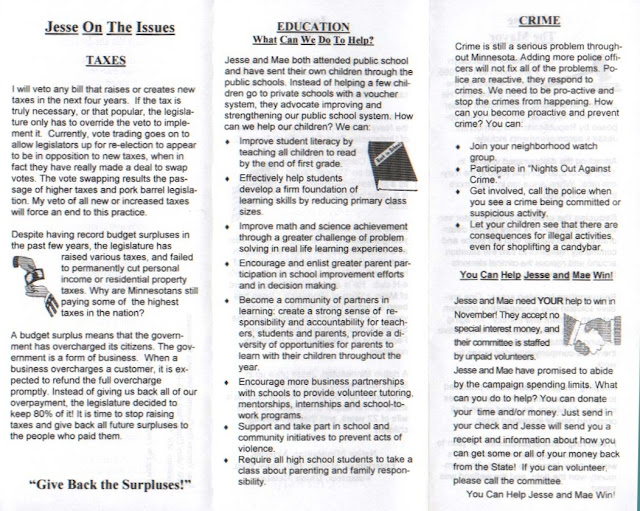 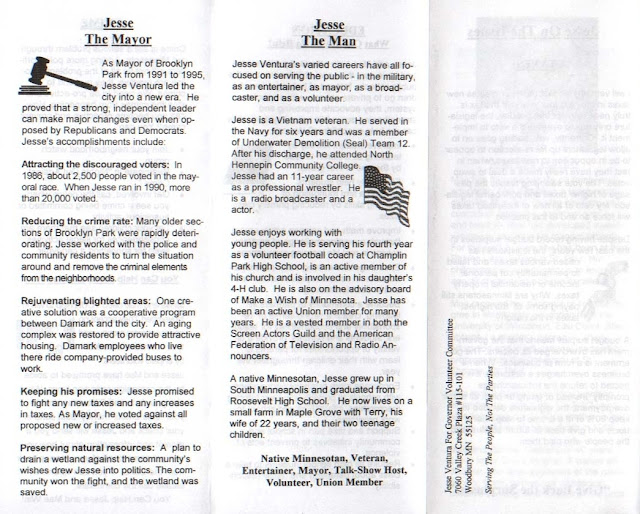 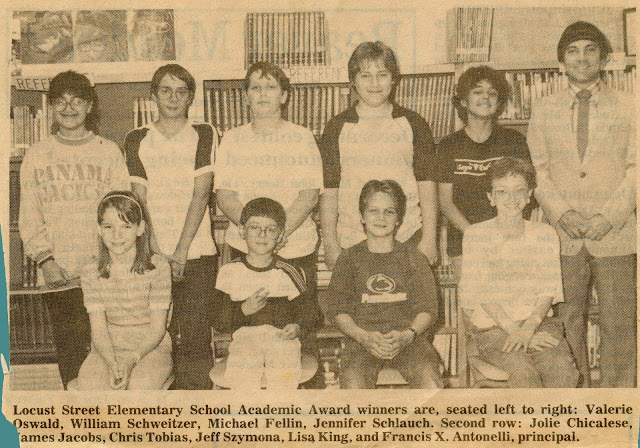 Standard Speaker
June 11, 1987 - Hazleton, PA
I can't remember what award I won, but it's a safe bet that it wasn't for math.  What I do remember is that my dad asked me why I was flashing the peace sign when they saw this picture in the paper.  I wish I could say that I was that chill of a kid, but no.  The photographer said that he was going to take the picture on the count of three, and for some reason I felt compelled to count along with my fingers.