Things To Know In Case Of Draft Or Enlistment 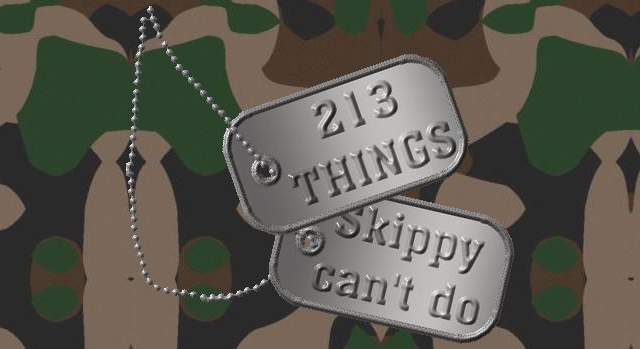 213 Things Skippy Can't Do
SkippysList.com
This website hasn't been updated since September 26th, 2001, so I figured that I'd preserve it here just in case it ever randomly disappears.  It was written by SPC Schwarz (aka: Skippy) about things he was told not to do during his military service.  Skippy makes it clear that all of these things did happen, and he was, in fact, cautioned against doing each thing on this list at one point or another, but he wasn't necessarily the person who committed each of these acts to have prompted such a warning.
All material copywrite Skippy, 1995-2001.