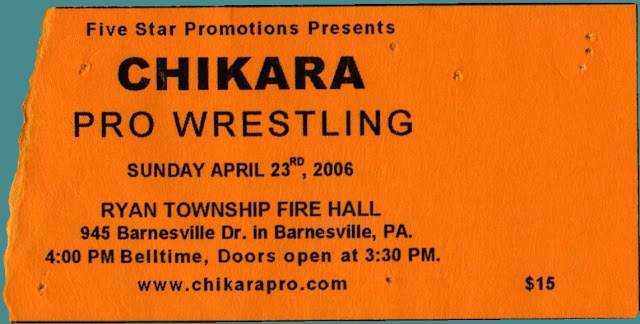 Chikara
Ryan Township Fire Hall - Barnesville, PA
I went to my first Chikara show on Sunday afternoon and I can't say enough good things about this company.  It's like watching a comic book come to life, with fan interaction, fun characters, and storylines that you won't find anywhere else. 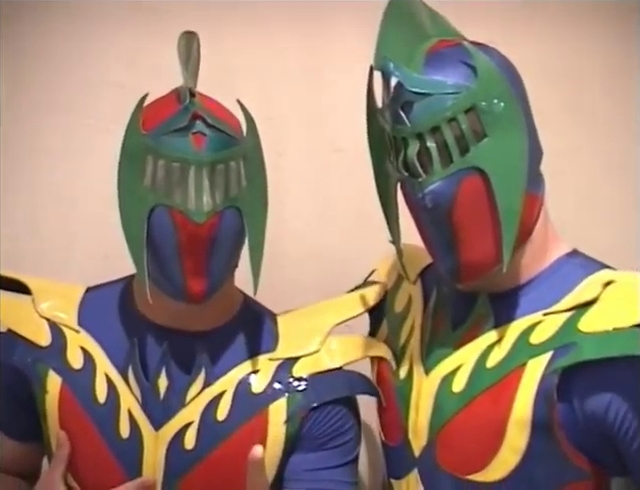 To give you an example of what I mean, here is the origin story for one of the tag teams that wrestled on this show.  Two years ago, a knight from the middle ages named Lance Steel was transported to the present through the Galactica 3000 time machine.  Shortly thereafter, Lance's younger self made the same journey.  The older Lance Steel met the younger Lance Steel the present and decided to form a tag team called... Lancelot.  On Sunday they wrestled against two luchador ants, Fire Ant and Soldier Ant, whose team is called The Colony.
It's bizarre and amazing, and I absolutely loved every second of it.  This definitely won't be my last show.

Results:
Update: This show was released on DVD under the name "Apocalypso".  It is available on ChikaraPro.com.
Update #2: Both members of The Colony who wrestled on this show went on to achieve mainstream success following the closure of Chikara.  Fire Ant signed with AEW and is now wrestling as Orange Cassidy, and Soldier Ant signed with WWE and won the Cruiserweight Title under his current name, Drew Gulak.