My Not Quite Live Journal 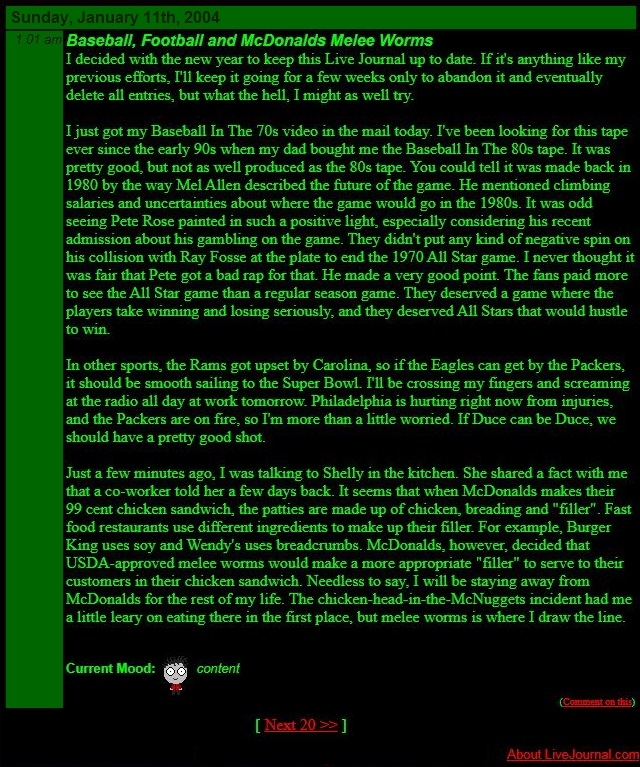 I found my old LiveJournal a few weeks ago.  It was mostly filled with diary entries and thoughts about movies, music and sports.  Evidently, the 23 year old me was obsessed with The Butterfly Effect.  I still think it's a pretty good movie, but I don't remember loving it THAT much. 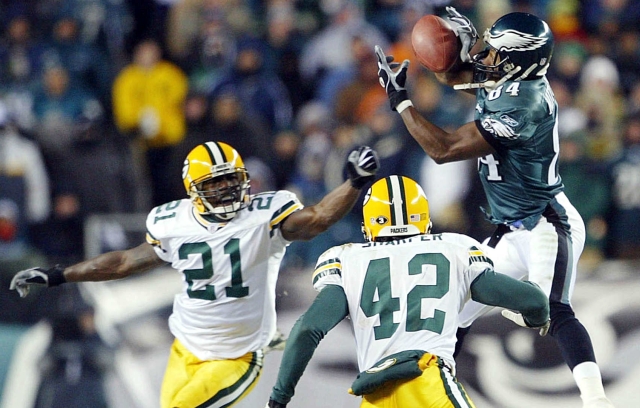 Most of what I wrote was so cringeworthy that I deleted the whole thing out of sheer embarrassment, but this entry from five years ago brought a smile to my face. It was written on the morning before the Eagles 4th and 26 game that would go down in history as one of the most dramatic come from behind wins in franchise history.  The Eagles finished their 2003 season with a 12-4 record and played the Packers in the first round of the playoffs.  By the middle of the 4th quarter, it wasn't looking good.  The Eagles were losing 17-14 with 1:12 remaining in the game when they faced with a fourth down and 26 yards at their own 26 yard line, but Donovan McNabb completed a 28 yard pass to Freddie Mitchell for the first down.  They continued to drive the ball until David Akers kicked a 37 yard field goal to tie the game and sent it to overtime.  The Eagles won in OT when Brian Dawkins intercepted a pass from Brett Favre and returned the ball 35 yards to set Akers up to kick a field goal for the win. 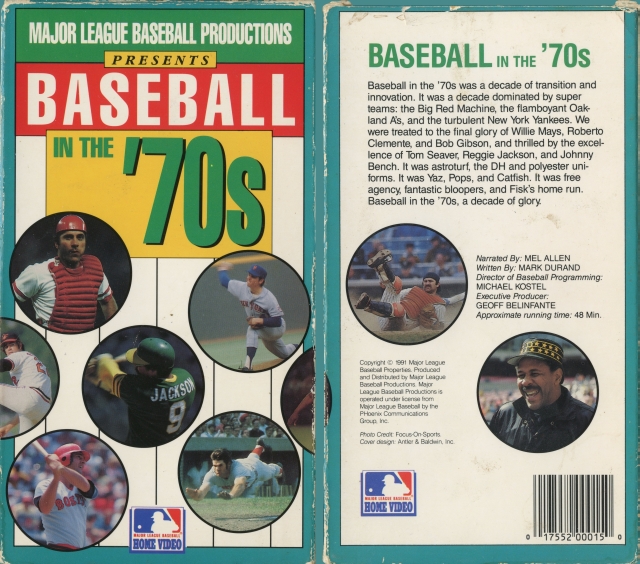 At the beginning of this entry, I mentioned that the Baseball In The 70's video that I ordered had just arrived in the mail.  Dad bought me the Baseball In The 80's VHS tape from Blockbuster Video when I was in middle school, and I must have watched it a hundred times.  I knew there was another tape in the series from the previous decade, but I was never able to find it until many years later when I found a copy for sale on eBay.  It was pretty good, but it wasn't the same format as the 80's tape.  It seems like they took two completely separate short documentaries and released them in similar packaging to make it feel like a series.  I kind of wish they would go back to this concept and release a series of videos that tell the story of the game for previous decades, but I suppose this already exists in the fantastic Ken Burns documentary.