Love Will Always Find You 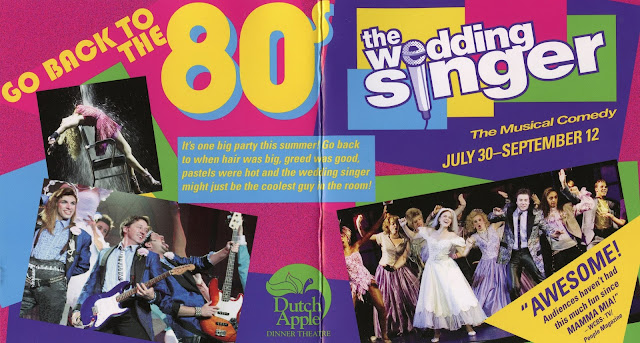 The Wedding Singer: The Musical Comedy
Dutch Apple Dinner Theater - Lancaster, PA
When I was second grade, my elementary school brought my class on a bus trip to the Kirby Center in Wilkes-Barre to see the Man of La Mancha musical performed by the Daedalus Productions touring group.  To the best of my recollection, it's my only exposure to theater until today.
It's Angie's birthday, so we got tickets to go to the Dutch Apple Dinner Theater in Lancaster to see the musical theater adaptation of the Adam Sandler and Drew Barrymore romantic comedy, The Wedding Singer. 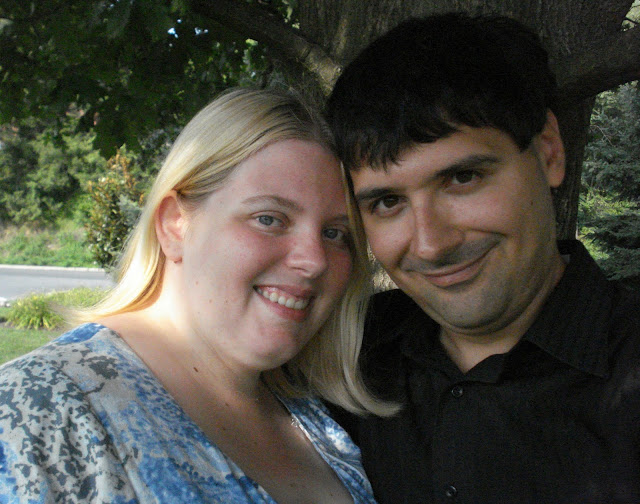 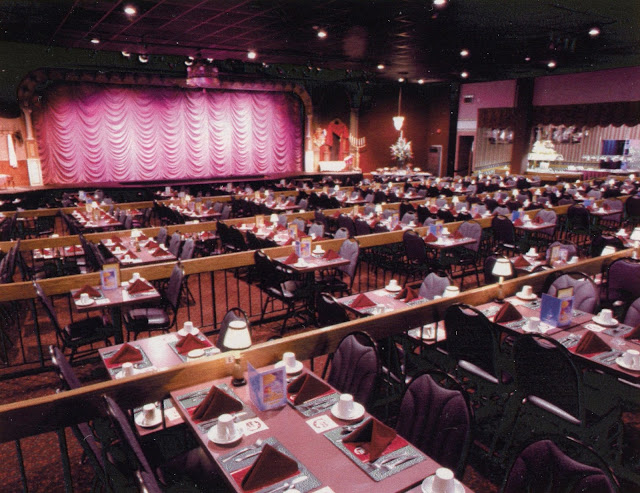 They don't allow photography inside of the theater, so I was only able to take pictures of the outside of the building.  Just to give you an idea of this place, I "borrowed" the above photo from the Dutch Apple website.  You can see the buffer area near the upper right corner.  The food was delicious, with turkey, fish, roast beef and plenty of veggies and other side dishes.  It was the kind of foods you'd typically find at a place like the Old Country Buffet, but it tasted much better.  Honestly, I would come here to eat even if it was just a restaurant.  There were also dozens of cakes and pies to choose from for dessert.  Everything was fresh and delicious. 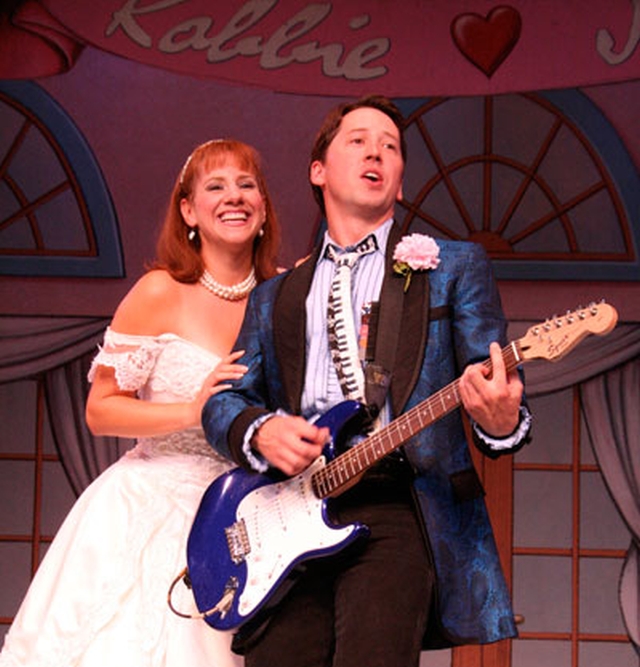 The Adam Sandler and Drew Barrymore roles were played by Michael and Jillian Zygo, who are a married couple that has been touring with this show all year.  I know absolutely nothing about musical theater, but I think that they, and the rest of the cast, did a great job.  As much as I love the movie, I think I might actually enjoy the musical even more.  The songs were catchy and funny, and it had just enough differences from the film to keep things fresh and interesting without changing the story that made the movie so special.