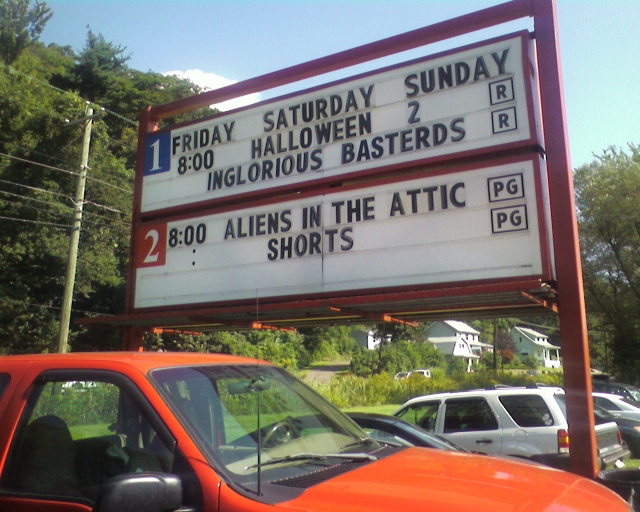 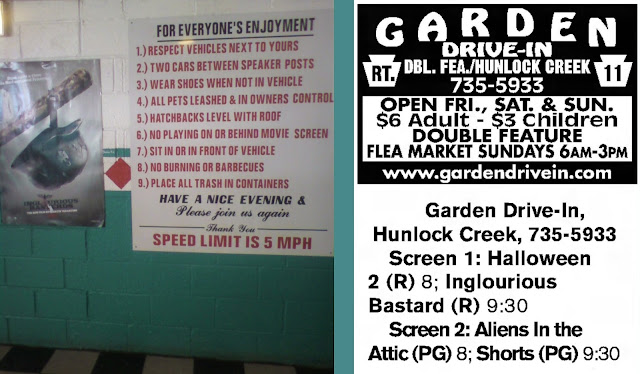 The Garden Drive-In is a two screen outdoor theater.  The features that we were seeing were on the larger main screen at the back of the lot.  The second screen was showing a family friendly double feature that started off with Aliens In The Attic.  The advertisements for it sort of reminded me of a movie that came out when I was a kid called Spaced Invaders.  The second half of that double feature is a movie called Shorts.  I haven't heard of it, but it was written and directed by Quentin Tarantino's partner-in-crime, Robert Rodriguez. 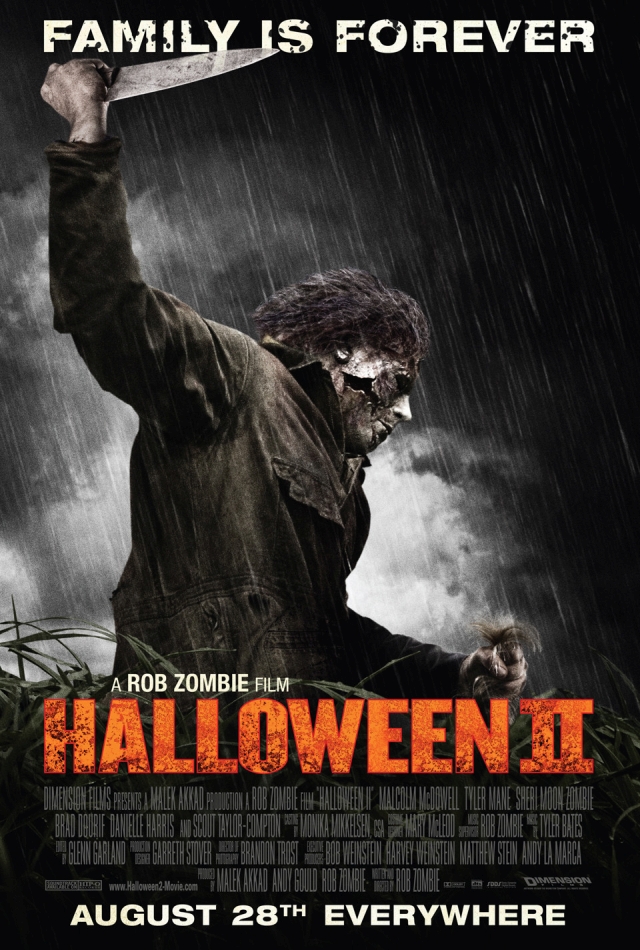 Our first movie of the night was Rob Zombie's sequel to his remake of Halloween.  I'm not usually a big fan of remakes, but I liked Zombie's take on the Michael Myers story in the movie that came out two years ago, so I was looking forward to the direction he was going to take the story for Halloween II.
Unfortunately, Halloween II is a massive step down from his first remake.  Quite frankly, I think it's one of the worst horror movies I've ever seen.  It feels like it's trying to be an artsy fartsy with a bunch of scenes of a woman with a horse that were just plain ridiculous.  Whatever Rob Zombie was trying to achieve with this movie, it didn't work... at all. 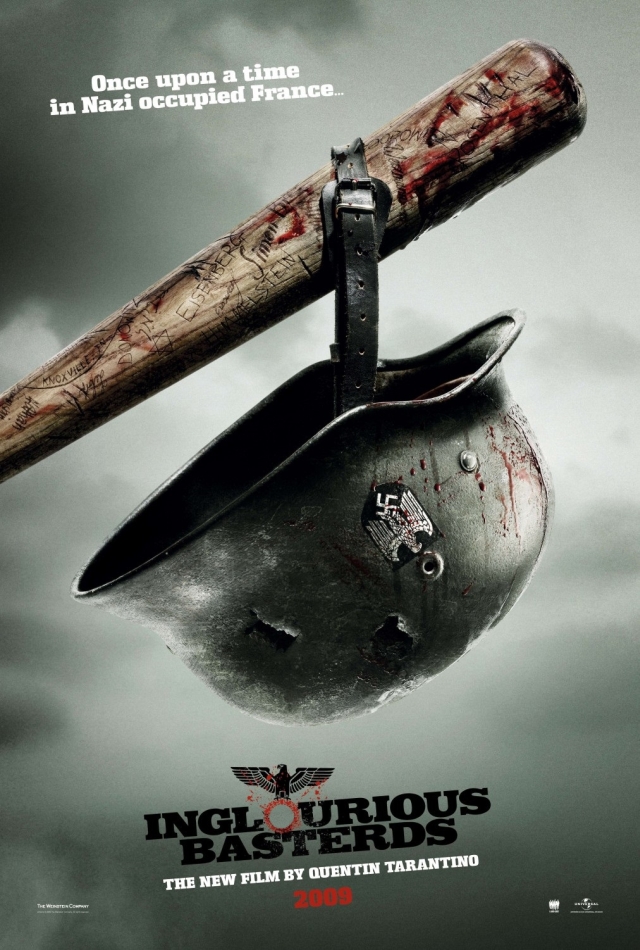 The second half of the double feature made this a night to remember.  For as much as I disliked the first movie of the night, I absolutely loved Inglourious Basterds.  The sixth film from writer/director Quentin Tarantino is a war movie that takes place during World War II in Nazi-occupied France.  It's the story of a platoon of Jewish-American soldiers, led by Brad Pitt, who are on a mission to kill Nazi soldiers in the most brutal way possible.  It's difficult to say too much without spoiling major plot points, but it is an incredible movie unlike anything you've ever seen before.