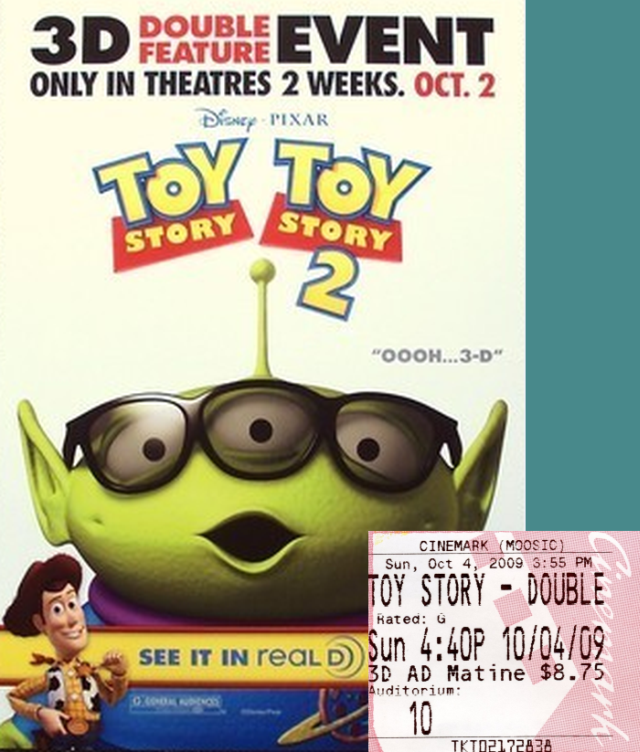 Toy Story / Toy Story 2 Double Feature
Cinemark - Moosic, PA
These are two of the best animated feature films of all time, and Disney did an excellent job with the transformation to 3-D.
Every time I hear You Got A Friend In Me in the first Toy Story, it reminds me of when I worked at Wal-Mart during the 1996 Christmas season.  They had a wheel cart with a television and a VCR set up at both of the store entrances, and they would play Toy Story, which had just recently come out on VHS at the time.  If I was working in the "10 items or less" lanes, or on register 29 or 30 near the GM entrance, I would hear the song play a few times a day during my shift when they rewound and restarted the movie.