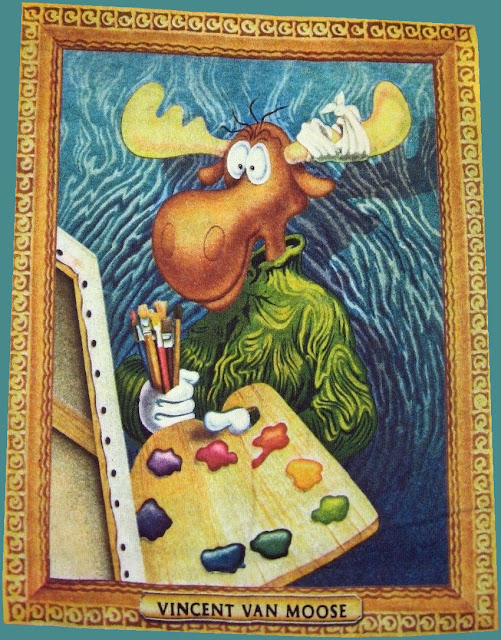 Fifty years ago today, Rocky & His Friends aired for the first time.  It was broadcast on ABC after American Bandstand, and it was the highest rated daytime show.  It helped to establish Jay Ward as one of the most creative and hysterically funny creators in the history of animation, and it led to Bullwinkle's rise from a sock puppet to a household name everywhere that cartoons are shown.

This picture came from a t-shirt that was used to promote the VHS release of The Adventures of Rocky & Bullwinkle.  Each tape in the series was a parody of a famous work of art.  To those of us who love animation, the works of Jay Ward are valuable works of art in their own right.