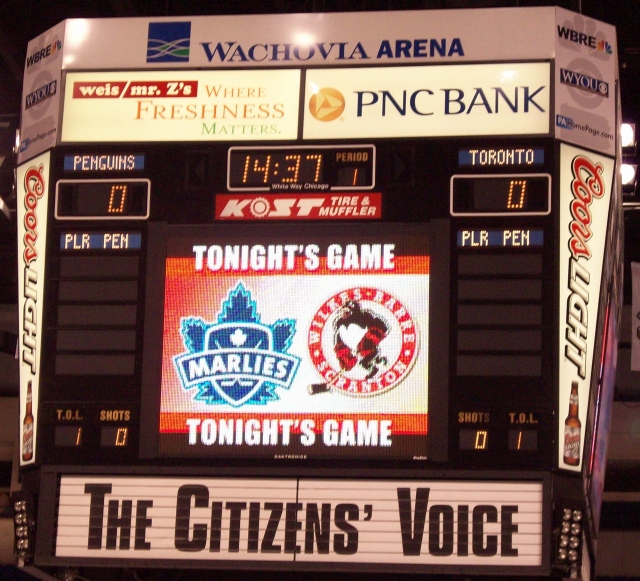 Wilkes Barre Scranton Penguins vs Toronto Marlies
Wachovia Arena - Wilkes Barre, PA
Over the past several years, it has become a tradition to go to the last Baby Pens game of the year before Christmas.  It didn't go the Penguins way this year, with the Marlies winning 4-3 on the strength of the first career hat trick by Troy Bodie. 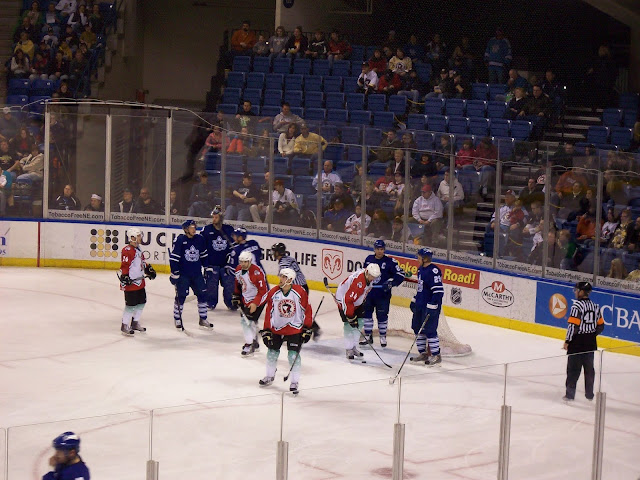 The Penguins briefly held the lead during the second period, but the Marlies quickly tied up the game and then took the lead shortly afterward when former Philadelphia Flyers defenseman  Nate Guenin fell to an injury. 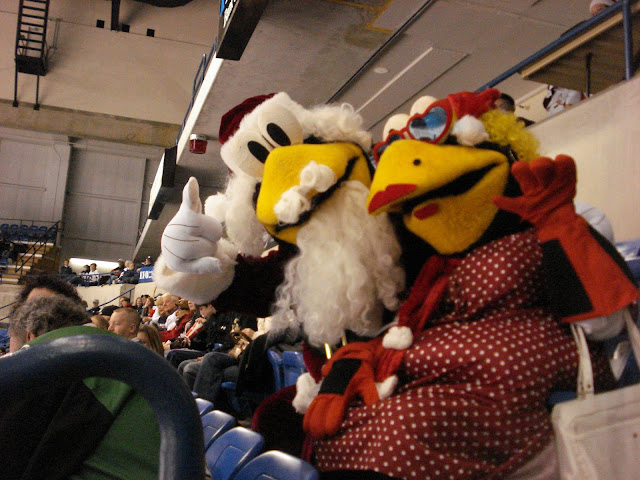 Even though the Penguins lost, the game was a lot of fun.  Tux spent the game wandering around the crowd with his female counterpart.  I'm not sure if she was supposed to be his mom or his wife, but either way, they spiced up the game. 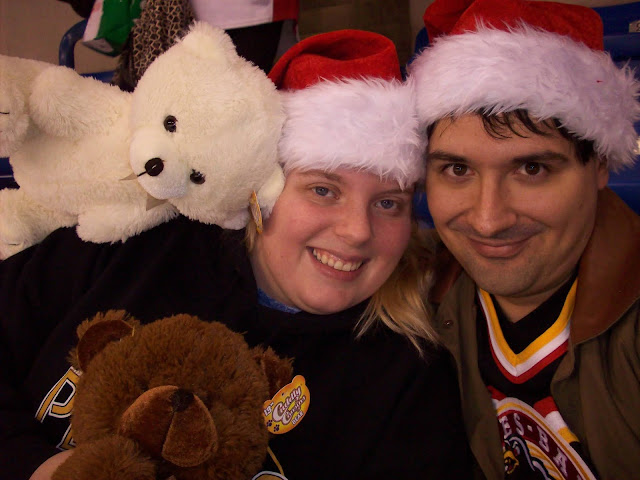 One of the traditions the Baby Pens have every year in the game before Christmas is the Teddy Bear Toss.  Fans bring new stuffed toys to the arena, and when Santa comes out on the ice in his sleigh between periods, everyone tosses their bears onto the ice where they are collected to be given to children.  It's a pretty cool sight to see hundreds of teddy bears flying through the air toward the ice. 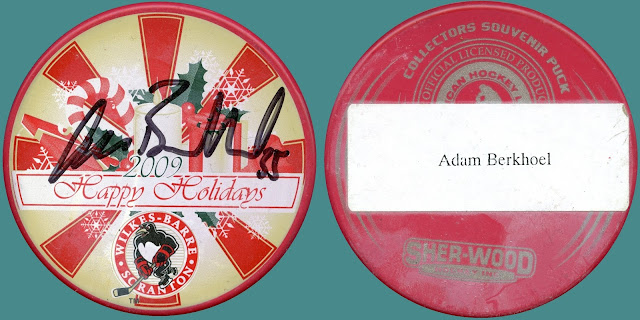 We bought one souvenir at the game - an autographed Christmas hockey puck.  They were wrapped in red tissue paper, and you didn't know what player you would get until you bought one and opened it up.  My puck was signed by goalie Adam Berkhoel.  The 28 year old is an NHL veteran who played for the Atlanta Thrashers in the 2005-06 season.