BK Broiler
Burger King (1990-2002)
The BK Broiler is one of my favorite fast food sandwiches that I've ever eaten.  It was reformulated a few times during its run, and was eventually replaced by the Chicken Whopper in 2002.  Although the Chicken Whopper is, in my opinion, a much catchier name, they changed something about the chicken patty, so the sandwich wasn't as tasty as the one that I fell in love with as a teenager. 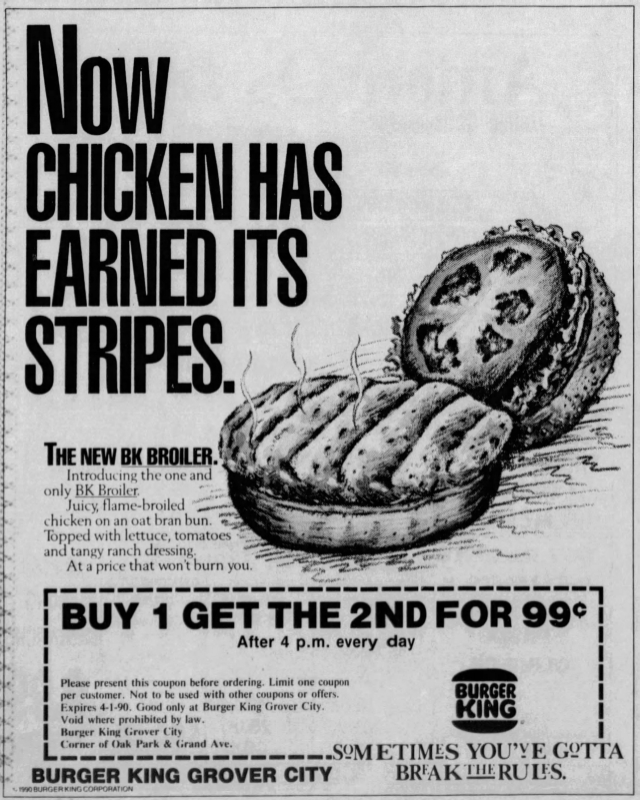 The BK Broiler was added to the Burger King menu in February 1990.  It was a broiled chicken patty that was originally served on an oat bran roll with lettuce, tomato and a dill-ranch mayonnaise dressing.  Unlike most of the fast food chicken sandwiches I've had over the years, the chicken wasn't dry or rubbery.  It was tender, juicy and absolutely delicious.  It tasted like the kind of sandwich that you could get at Chick-fil-A, but at a fraction of the cost, and from a fast food chain that was much easier to find in my part of Pennsylvania. 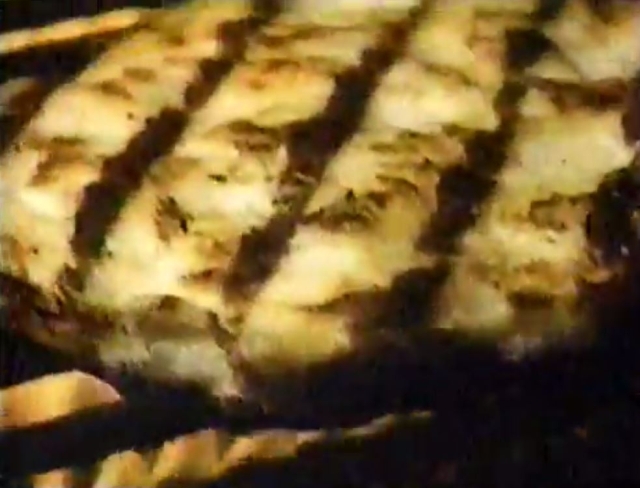 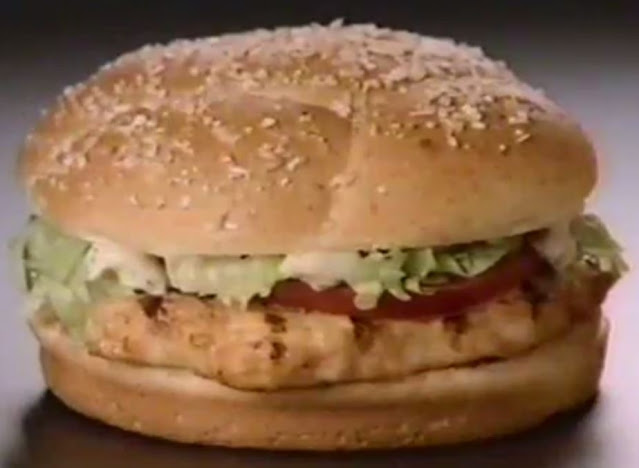 I didn't try one of these when they first came out in 1990, but I ate a lot of them when I worked at Burger King as a teenager in 1995 and 1996.  I don't remember them having a special bun or sauce by that point.  I'm pretty sure we just used the Whopper buns and mayo, but I could be wrong.  When I made my own sandwiches for my break, I usually topped it with bacon, pickles, lettuce, tomato and just a little bit of mayo.  That wasn't the standard sandwich recipe, but anybody could order it like that if they wanted to.  Their motto was "have it your way" after all, and I'm sure the franchise owners were all happy to add whatever the upcharge was for bacon.

I really think they could make this successful if it was marketed correctly.  Even if they weren't committed to making it an everyday menu item, it could be a big hit if they made it a seasonal item and treated it with the same reverence in their advertisement that McDonald's has for their McRib and Shamrock Shake.
Sadly, the BK Broiler doesn't seem to be coming back any time soon, but it lives on through nerdy blogs like this.  There are also a few copycat recipes on the web.  I haven't tried any of them yet, but it's not a super complicated sandwich, so I'm thinking it wouldn't take too much trial and error to replicate it at home.  I'll have to give it a shot one of these days.