Ending on a High Note

A-ha: Ending on a High Note
Nokia Theater, New York City - May 6, 2010
This is the farewell tour for A-ha.  I've long been a fan of the group and of 80's new wave in general, but this show had a special meaning to me.  My girlfriend and I have been together now for almost four years and "Take On Me" has been our song since the beginning.

The show was fantastic.  It was a perfect mix of classics with some tracks from Foot Of The Mountain which was released last year (incredible album, by the way).  The venue was just big enough to feel like a big deal, but just small enough to be intimate.  We had a perfect spot in the dead center of a riser in front of the stage.  Just a perfect night altogether. 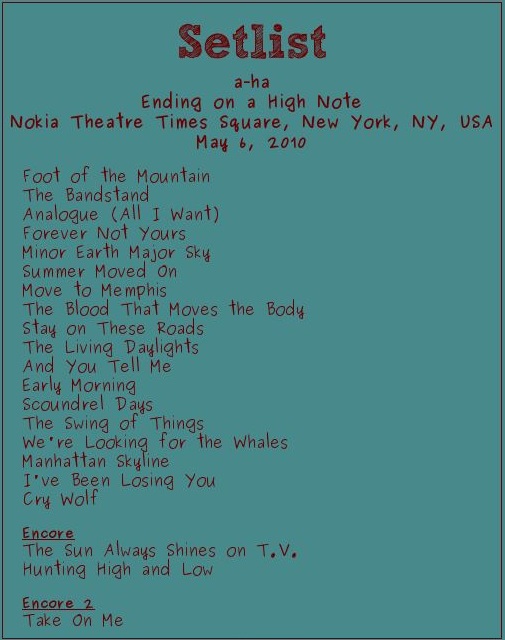