The Opening Act For Tears For Fears 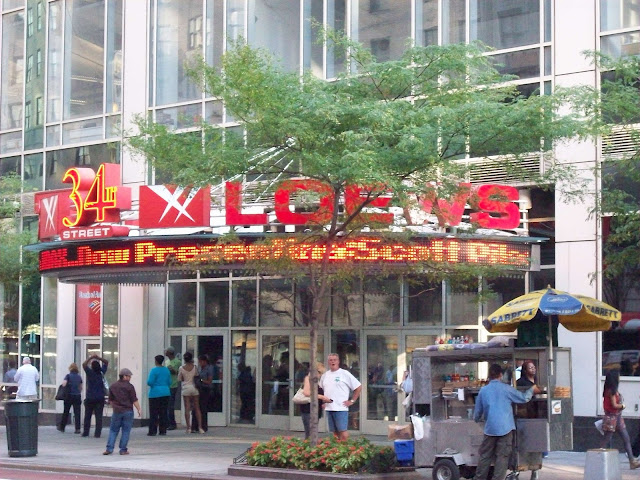 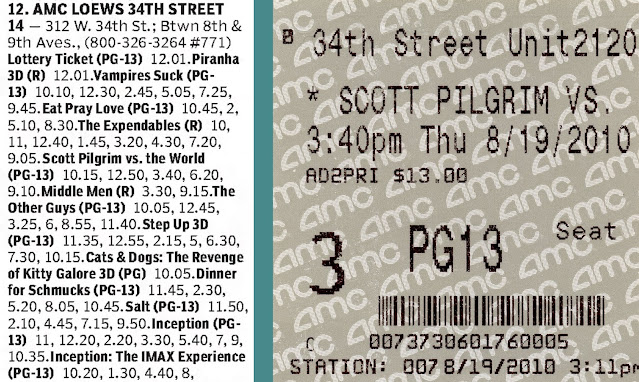 Scott Pilgrim vs The World
AMC Loews 34th Street - New York, NY
We made it to the city on Thursday a few hours before the doors opened for the Tears For Fears concert.  There was an AMC Theater across the street and we had time to kill, so we decided to go see whatever movie was playing next, which ended up being the 3:40 showing of Scott Pilgrim vs The World.

I'm told that this movie is based on a series of graphic novels.  I can't say that I've ever read them, so I have no idea how close this comes to the source material, but it was an enjoyable flick.  There were large parts of the movie that made me feel as if I was watching someone play an elaborate video game, but I'm pretty sure that's what they were going for.  It has some funny moments, but some of the humor kind of fell flat with me.  This is one of those movies that I'm glad to have gotten to see on the big screen, but one screening is plenty for me.