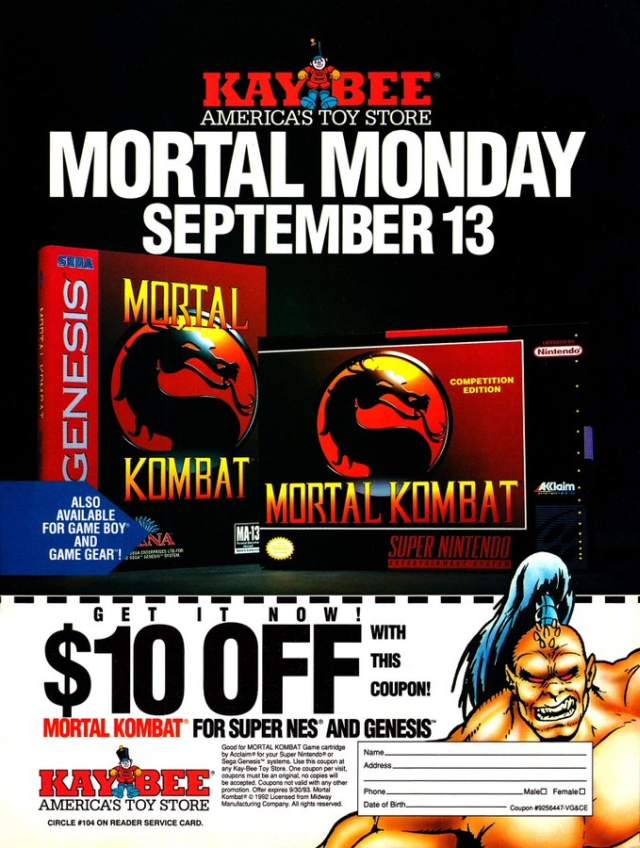 Mortal Kombat ad
KayBee Toys (1993)
The impact that this game had cannot be overestimated.  Mortal Kombat and Street Fighter 2 brought arcade gaming back to the forefront in the early 90's, and the home console release gave the Sega a rare victory over Nintendo.  Due to their family friendly company policies, Nintendo didn't allow the Super Nintendo version to have blood and many of the fatalities were toned down.  Meanwhile, the Genesis port had unlockable bloody graphics by way of the ABACABB code.  It may seem like a little thing, but it was the deciding factor in a lot of kids who chose the Genesis over the SNES on their Christmas wish list.  This was a mistake that Nintendo wouldn't make with the sequel.