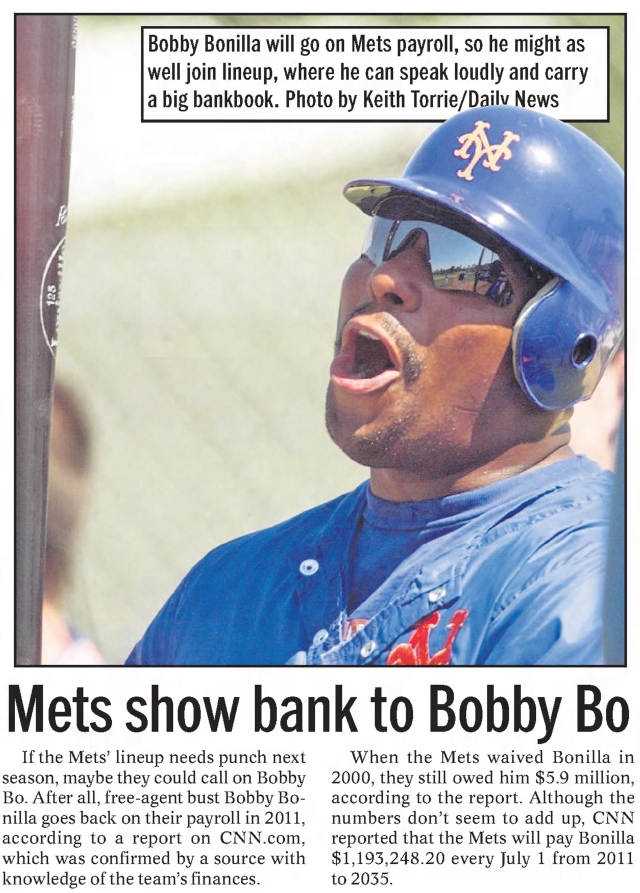 The Mets owed Bonilla $5.9 millions dollars for the 2000 season, but they ended up releasing him before Spring Training.  As part of the terms of his release, Bonilla's contract was restructured to defer his payments until 2011 with interest that compounds at an 8% annual rate.  He ended up finishing the last two years of his career playing for the Atlanta Braves and St. Louis Cardinals before retiring at the end of the 2011 season..