The Birth Of The Barons 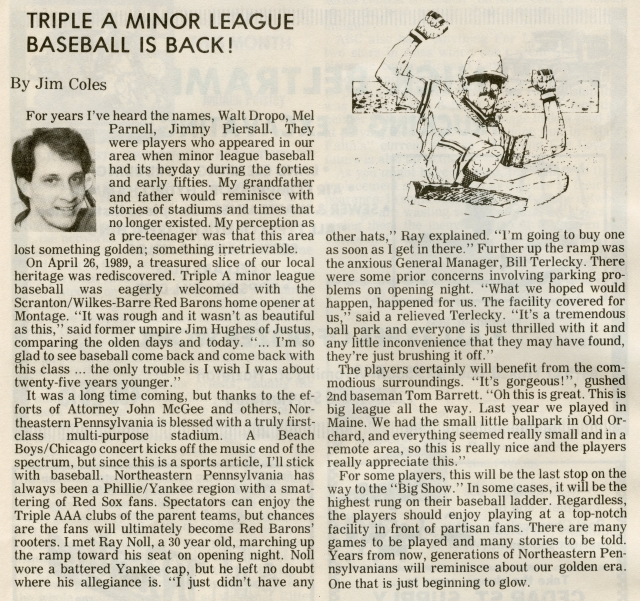 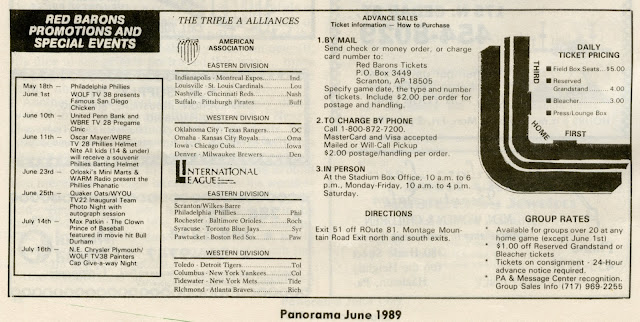 Triple A Minor League Baseball Is Back
Written by Jim Coles
Published in Panorama Magazine - June, 1989
This article was written just after the start of the inaugural season for the Scranton/Wilkes-Barre Red Barons.  The team had been playing in Old Orchard Beach, Maine as the Maine Guides before relocating to Northeast PA prior to the start of the 1989 season.  The Phillies International League affiliate played at Lackawanna County Stadium from 1989 to 2006 before eventually moving to Allentown as the Lehigh Valley IronPigs.