The D-Train Has Left The Station 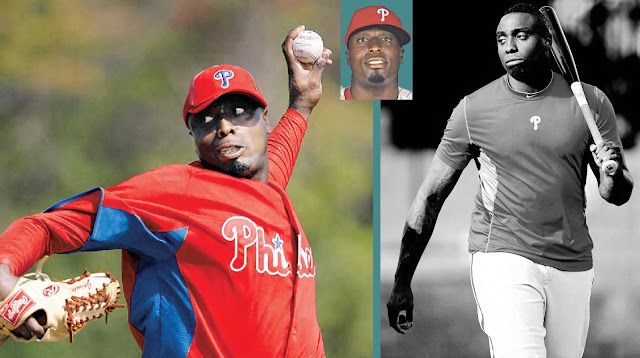 Ruben Amaro signed Dontrelle Willis in December with the hopes of using him as an effective left-handed reliever this season.  It was a smart move.  He just turned 30 in January and he was one of the best pitchers in the National League not too long ago.  The Phillies have had recent success with helping former All-Star starting pitchers turn into weapons out of the bullpen with Chan Ho Park in 2009 and Jose Contreras in 2010.  Sadly, D-Train won't be the latest success story.  The Phillies released him on Friday.

Dontrelle was one of my favorite pitchers that had never spent time with the Phillies, and I was very happy when they signed him.  He's very close with Jimmy Rollins, so it would have been fun to see the two of them chase a championship together.  Also, in addition to having once been an ace, Dontrelle is also one of the best hitting pitchers in the game with a career .244 batting average and 9 home runs.  In fact, there was talk of the Phillies using him both as a reliever and a pinch hitter this year, including a $25,000 bonus in his contact if he makes 30 plate appearances.

He made three appearances in Spring Training.  The first two were pretty rough, but his last appearance on Thursday went pretty well, giving up a leadoff walk, but getting three outs and a scoreless inning against the Braves.  There was every reason to be encouraged, and I had high hopes that with more work, he would settle in nicely.  I hope he can catch on with another club and bounce back this season, but I wish it could have been in Philadelphia.