A Pennsylvania Rivalry In South Florida 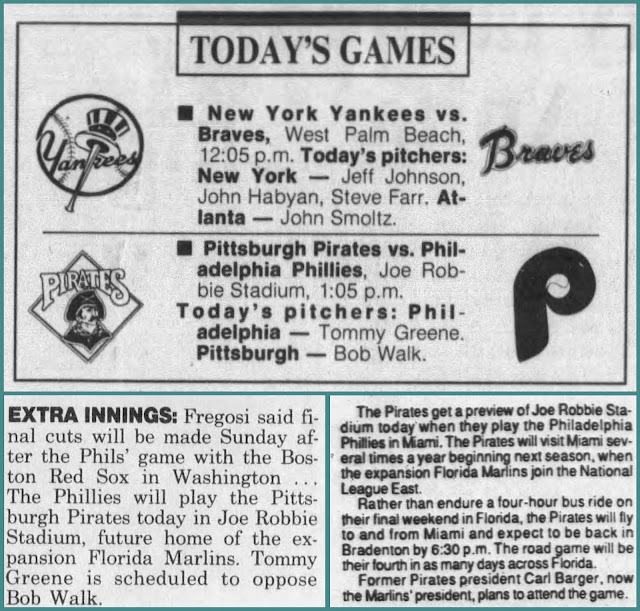 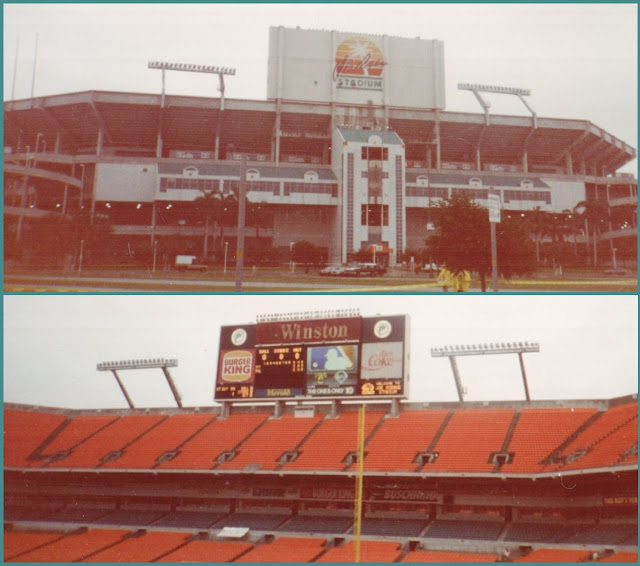 Philadelphia Phillies vs. Pittsburgh Pirates
Joe Robbie Stadium - Miami, FL - April 3, 1992
I lived in South Florida when I was 11 years old, and I was very excited that we were getting a new baseball team.  I wasn't going to switch my allegiances to the Phillies, but I remember my dad explaining to me the rules of the Expansion Draft and the two of us looking at the schedule to see which games we would be going to see in their inaugural season at Joe Robbie Stadium.

The year before the Marlins played their first game, Joe Robbie Stadium hosted a series of exhibition games in the last week of Spring Training.  We had tickets to the last of these games between the Phillies and Pirates.  In the weeks leading up to the game, it became a mini family feud.  My stepmother grew up in Western Pennsylvania and was a lifelong Pirates fan.  Dad and I, of course, were Phillies fans.  The only thing that could have inspired my stepsister to choose a side is if Steven Tyler or Sebastian Bach decided to suit up for either team, but she came along to make it a family outing.

The game would have taken place twenty years ago today, but it started raining shortly after we found our seats and it was cancelled before the first pitch.  It might seem silly to reminisce about a rained out exhibition game, but it's been burned into my memory.  I still remember walking around Joe Robbie Stadium, taking pictures, talking baseball with my Dad and anticipating all of the games that awaited us in the future at this ballpark.