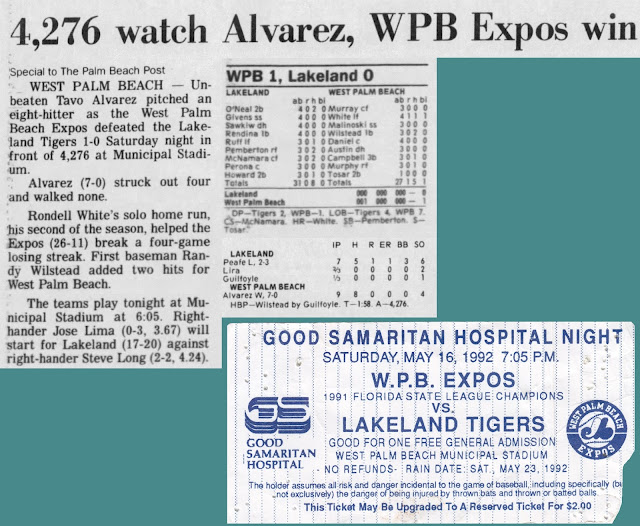 Notes: The two players that I remember the most from the West Palm Beach Expos are Tavo Alvarez and Rondell White.  My 11 year old self was convinced that both were destined for stardom in Montreal.  Games like this were part of the reason why.  Tavo pitched a complete game shutout and gave up no walks to improve his record to 7 - 0 by the middle of May.  The only run of the game was a solo home run hit by Rondell White in the bottom of the third.

In addition to Rondell and Tavo, this game featured two other players who would go on to the major leagues, including Tigers RF Rudy Pemberton, who played parts of three seasons with the Detroit Tigers and Boston Red Sox, and Expos CF Glenn Murray, who spent the 1996 season between the Scranton Wilkes-Barre Red Barons and the Philadelphia Phillies.