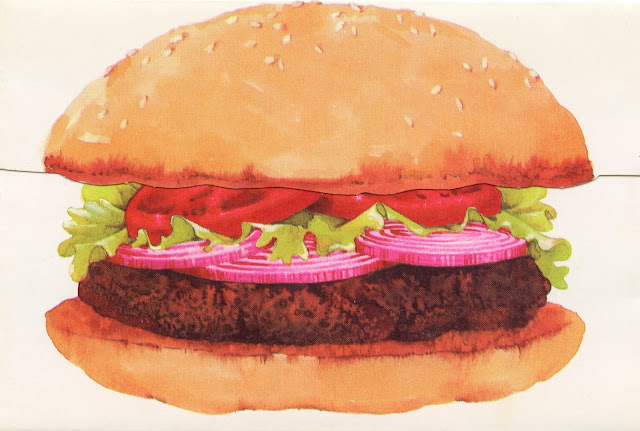 Hamburger Card
American Greetings (1980)
My grandparents house had a cupboard above the stove.  In this cupboard was a plastic box that was mostly used to store coupons and batteries, but throughout my life, this box also had a few of these hamburger cards. 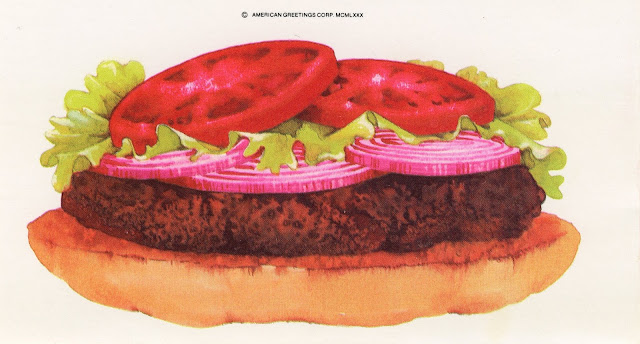 You open the card by flipping up the top bun which reveals the lettuce and tomato topping on the burger.  When you're ready to mail it out, you can seal the burger up with the pickle stickers that were included with the pack of cards. 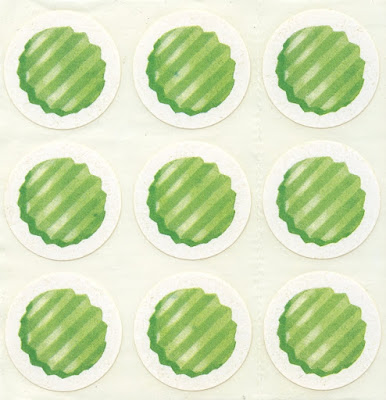 The back of the card looks sort of like a postcard.  There's a place to put a stamp, and a place to write an address, so you don't need an envelope to put it in the mail.

These cards were released by American Greetings in 1980, and I'm pretty sure that's around the time that my grandmother bought them.  They're exactly the kind of thing that she would pick up at the mall - just clever enough to get you to smile, and inexpensive enough to not be a complete waste of money.  This sort of thing was like crack to my grandmother.

After she bought them, I'm certain that she put them in the cupboard with the thought that they'd come in handy some day, but that "some day" never came.  As a result, they've been safely tucked away in the cupboard for over 30 years.  They've literally been in the same spot for entire life.  My grandmother passed away earlier this year and I found them while cleaning out her house.  Now, they're in my house, where I'm sure they will sit unused until I die and some poor schlub has the unfortunate task of having to clean out all of my random junk.