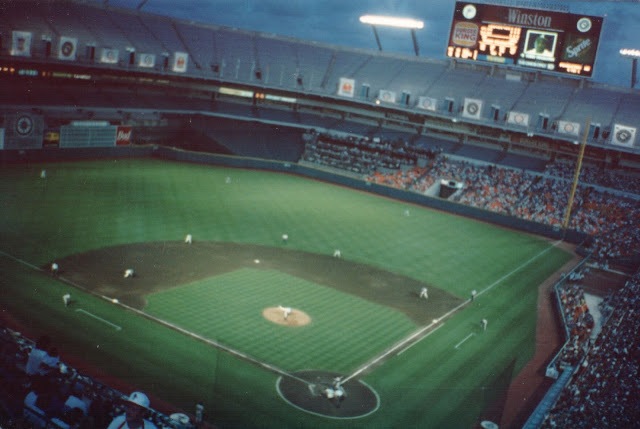 Atlanta Braves @ Florida Marlins
Joe Robbie Stadium
July 9, 1993
I lived in South Florida during the first few seasons of Florida Marlins baseball. We went to about a dozen games in their debut year, including this game that saw John Smoltz pitch 8 innings.  Future Phillies in this game included Braves outfielder Ron Gant, who hit his 20th home run of the season in this game.  On the Marlins, the lineup included catcher Benito Santiago (1996) and left fielder Jeff Conine (2006) who each spent a year of their career in Philadelphia.