The Priest They Called Him 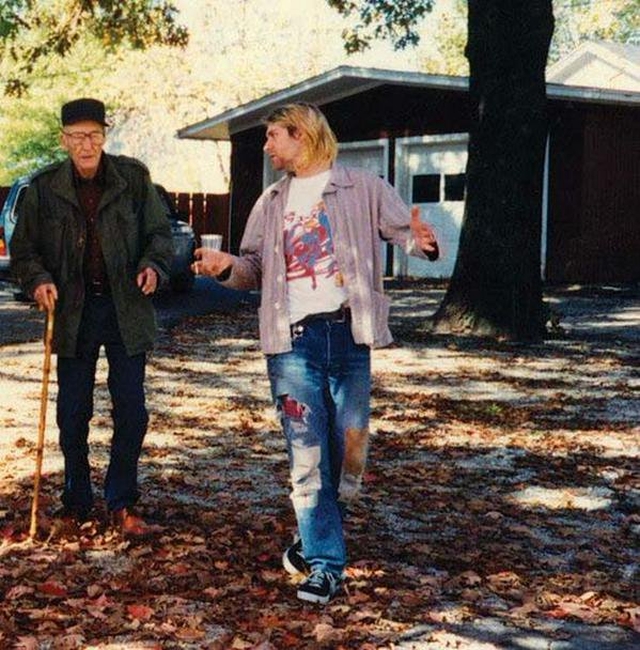 William S. Burroughs and Kurt Cobain
Lawrence, KS (1993)
This photo was taken at Burroughs' home while Cobain was visiting.  The two collaborated to produce a spoken word version of a short story called The Junky's Christmas, which was written by Burroughs in 1989.  The nearly 10 minute recording featured Burroughs reading his story with Kurt playing a very trippy Silent Night and To Anacreon In Heaven.  It was called The Priest They Called Him, and it was given a limited release on 10" vinyl twenty years ago today.  You can listen to it here.