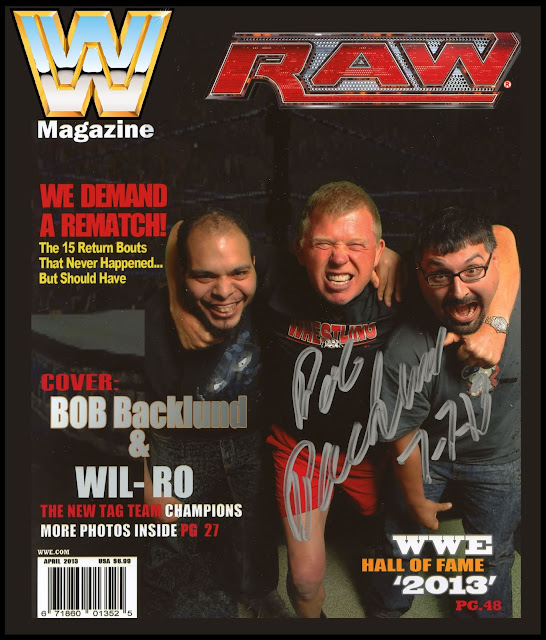 WWE Live (house show)
Mohegan Sun Arena - July 7, 2013
Wilkes-Barre, PA
Roberto and I got to meet former two-time WWF World Heavyweight Champion Bob Backlund at a WWE house show.  He was a cool dude - perfectly normal one minute, but then as soon as they're about to take the photo, he snapped into his crazy "Mr. Backlund" character and put us in a headlock.  It seems like he truly enjoys meeting fans and creating memorable moments.

I enjoyed the matches and the chance to meet a WWE Hall Of Famer, but the best part of the show had to be the tattoos on the guy who sat in front of me.  You have to admire how the dimples and creases on the back of his neck make a nose and a mouth. 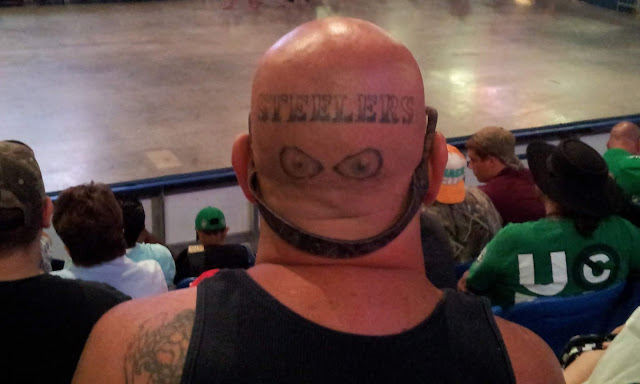