Record And A Reuben 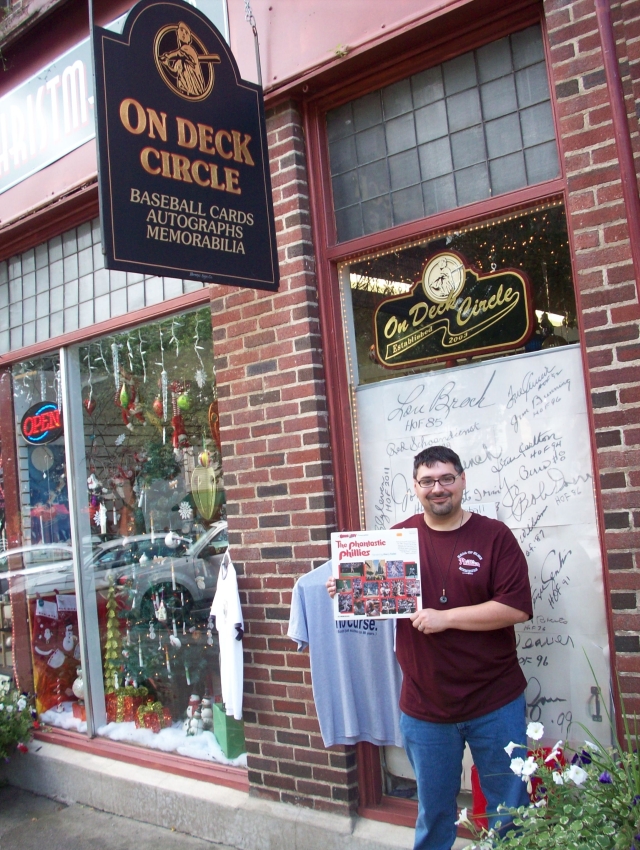 The Phantastic Phillies
Fleetwood Communications Company (1980)
There are a ton of baseball card and sports memorabilia shops in downtown Cooperstown.  We stopped at one called the On Deck Circle where I found an awesome vinyl record called The Phantastic Phillies.  These were produced in 1980 to commemorate the Phillies first World Series Championship in the franchise's then 97 year history.

These record albums were available at Kiddie City toy stores less than a month after Tug McGraw struck out Willie Wilson to clinch the deciding Game 6 of the 1980 World Series.  It was narrated by the great Harry Kalas and includes dozens of interviews and recordings from the radio broadcasts of games during the regular season and the post-season. 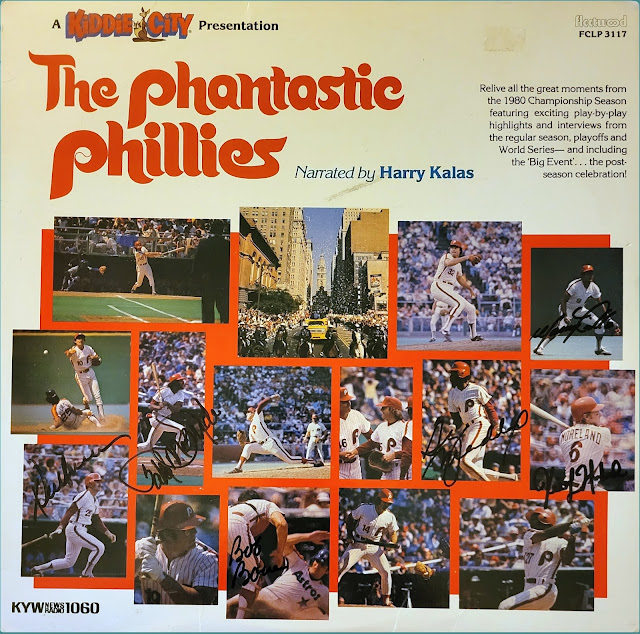 As if the record itself isn't awesome enough on its own, this one was autographed by six members of the 1980 World Champion Phillies. 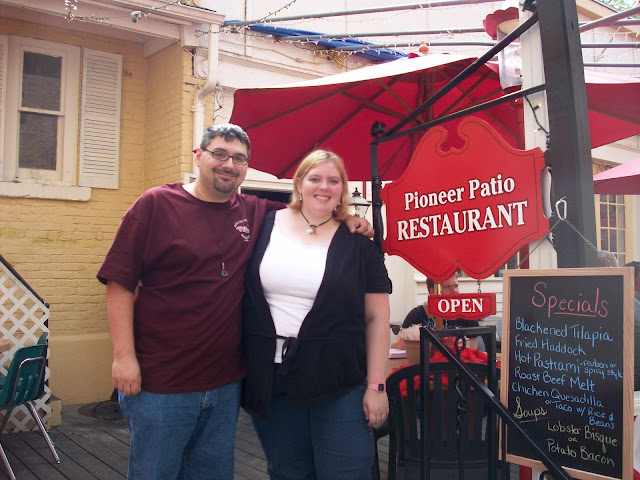 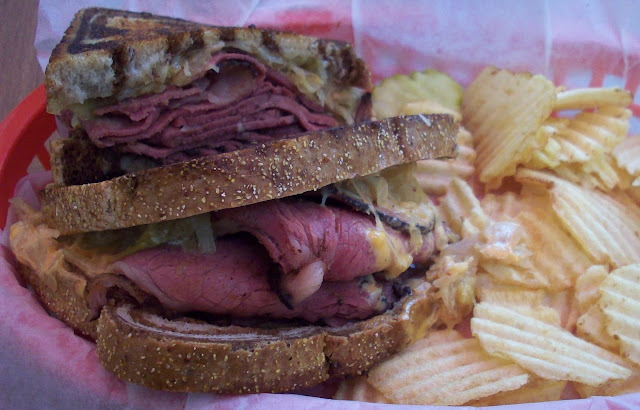 The man who sold me the record sweetened the deal by throwing in a free lunch at the Pioneer Patio Restaurant, which he also owns and operates.  I had a reuben sandwich, which was loaded with meat and absolutely delicious!