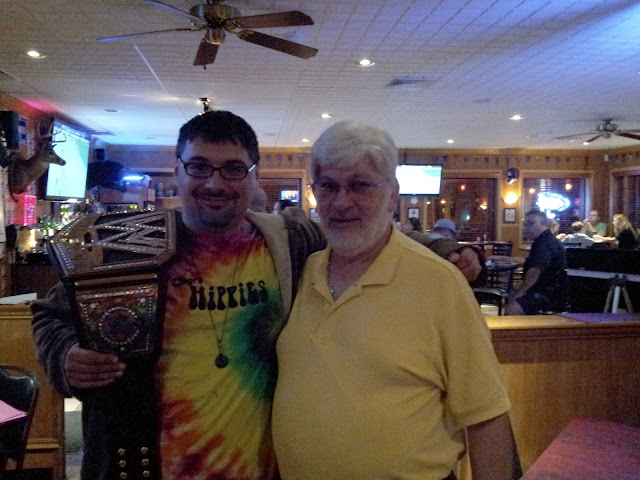 Rich Hering
WWE Vice President
Mr. G's Grille - Liberty, NY
We stopped at a restaurant on Sullivan Ave for dinner.  It was a nice place that had a sports bar vibe.  I ordered the Cowboy Burger, which is topped with bacon, caramelized onions, cheddar cheese and barbecue sauce.  It was very tasty! 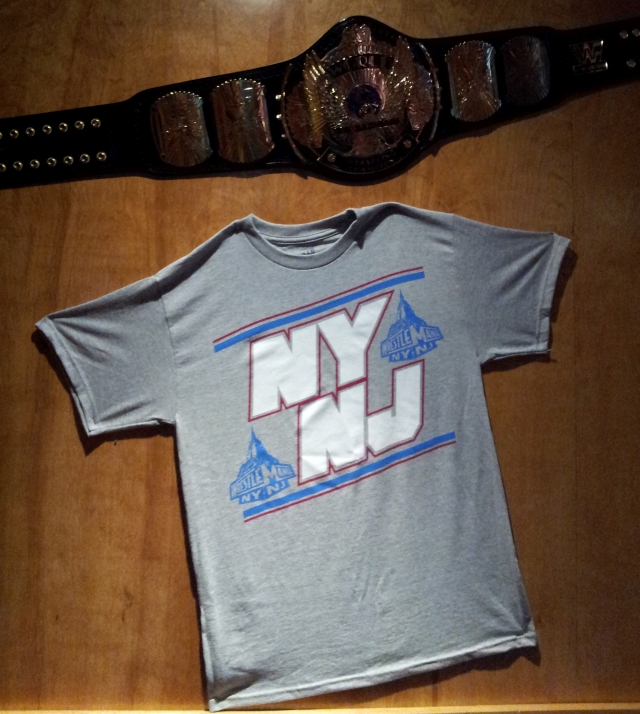 While we were eating, I noticed that they had a WWE memorabilia display that included an old winged eagle WWF championship belt and the current WWE championship belt.  I wanted to take a picture of them, but they were hanging on a wall behind a table that a family was sitting at for their dinner, so we waited for a bit until they finished.  When the waitress noticed that I was interested in the display, she told me that the owner of the restaurant was one of the WWE Vice Presidents, Rich Hering.  She said he was in the back and offered to ask him to come out.  Before I could say "no, you don't have to do that", she was halfway to the kitchen.

Mr. Hering came out a minute later with the waitress, who was carrying an authentic WWE championship belt.  He very kindly took a photo with me and let me hold the belt.  It was a very pleasant surprise for the first day of our vacation. 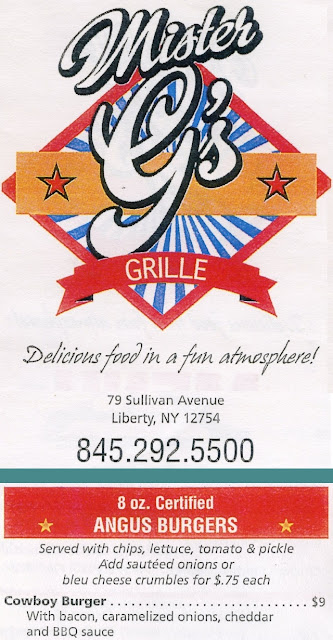