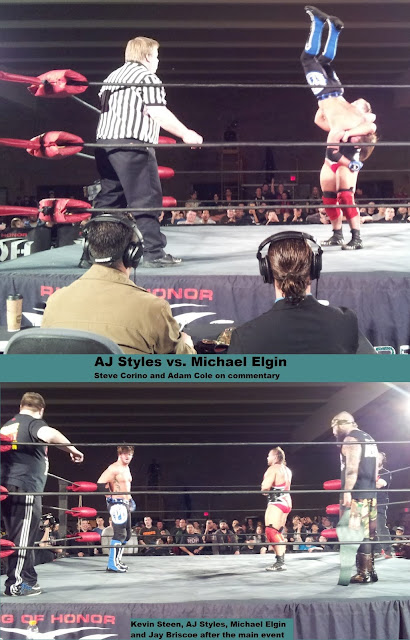 Ring of Honor TV Taping: Episodes 130 - 132
Pennsylvania National Guard Armory - February 22, 2014
Philadelphia, PA
We brought our friends Roberto and Jeanette to this show.  It was their first ROH event, and my first in seven years since the taping of The Wrestler in Dover, NJ.  They taped three weeks worth of programming that will air from March 15th through the 29th.

The card was a mix of familiar faces that I remember from back in the day and newer talent that I learned about tonight.  Of those, I was especially impressed with Michael Elgin and Tommaso Ciampa.  The Briscoes have reinvented themselves since I last saw them at a live show, and they're still one of the best tag teams I've ever seen.