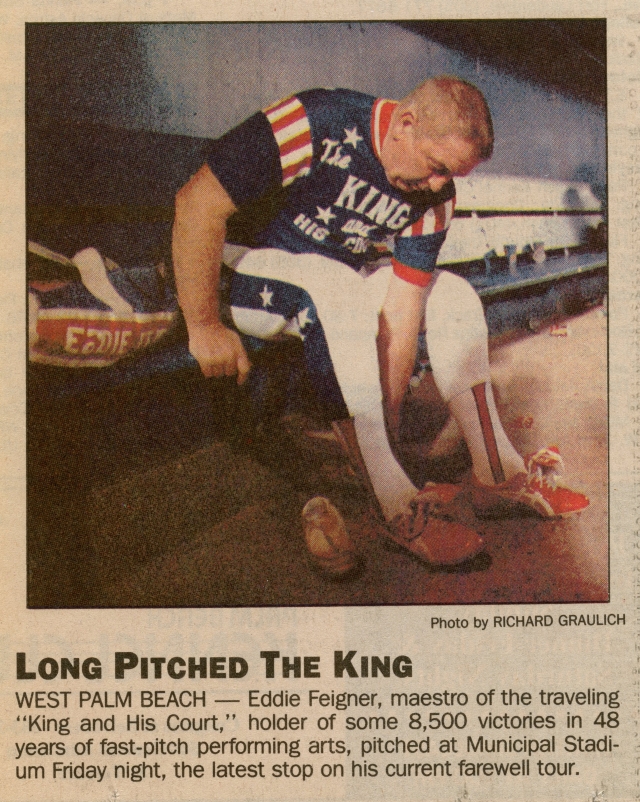 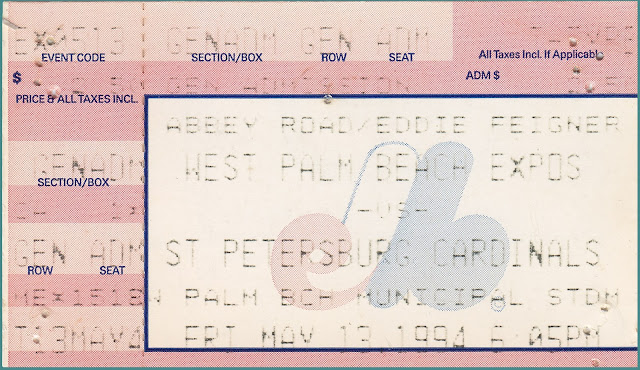 Notes: Before going to this game, my dad told me all about The King and His Court.  They were a four man softball team (pitcher, catcher, first baseman and shortstop) led by pitcher Eddie Feigner.  Since the late 1940's, they toured around the country playing local opponents.  Like the Harlem Globetrotters, they used trick plays and humor to entertain crowds.  The main one my dad told me about was Feigner throwing the ball behind his back to pick off the runner on first base.

On this night, we watched Israel Alcántara hit a grand slam in the first inning off of Brian Carpenter.  The West Palm Beach Expos scored a dozen runs in their route of the St. Petersburg Cardinals.

The game also included second baseman José Vidro, who went 2-4 and scored three runs for West Palm Beach.  He was promoted to the major league Expos in 1997 and was their starting second basemen for the rest of their time in Montreal and for the first two seasons after the team moved to Washington DC and became the Nationals.  He was traded to the Mariners in December 2006 and played the next two years.  He was a three-time All Star in his major league career.

After the game, The King and His Court defeated the Abbey Road Grill All-Stars softball team in an awesome exhibition match.  At the time, it was advertised as the last appearance of Eddie Feigner at West Palm Beach Municipal Stadium.  I'm pretty sure he came back the very next year, but it was the only time I got to see him.  It's been twenty years and I can't remember the score of the softball game, but I'll never forget the fun I had with my pop at the ballpark on nights like this. 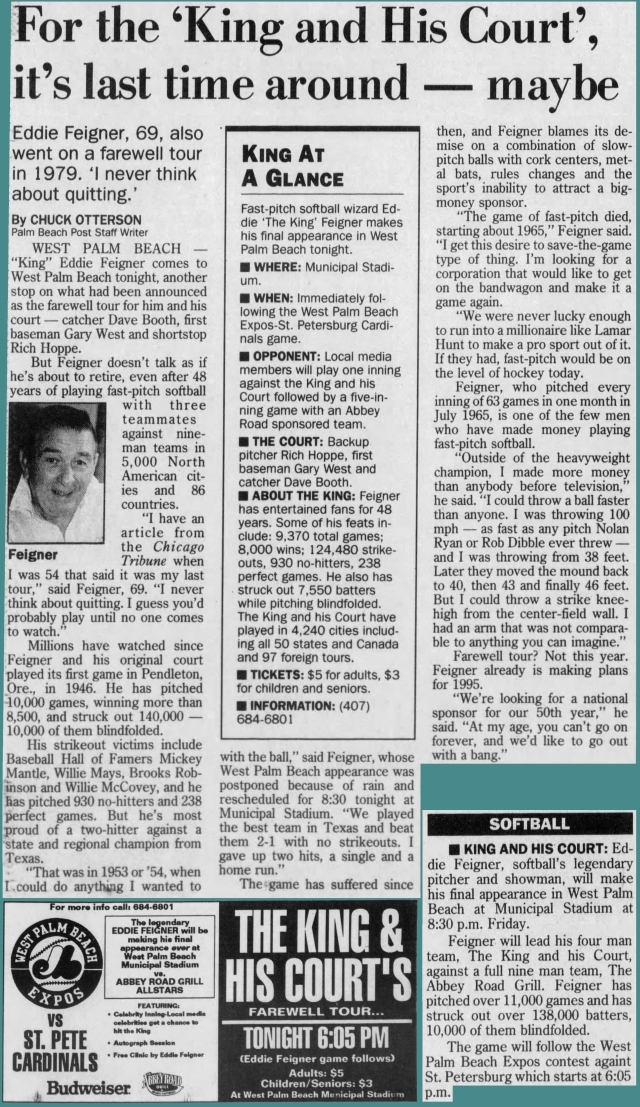 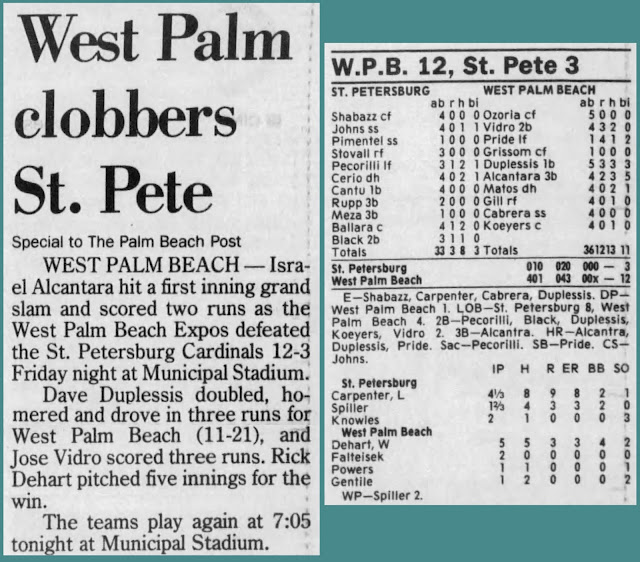 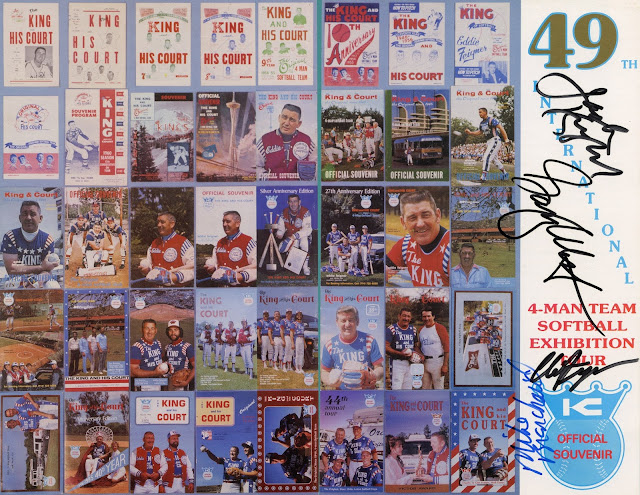 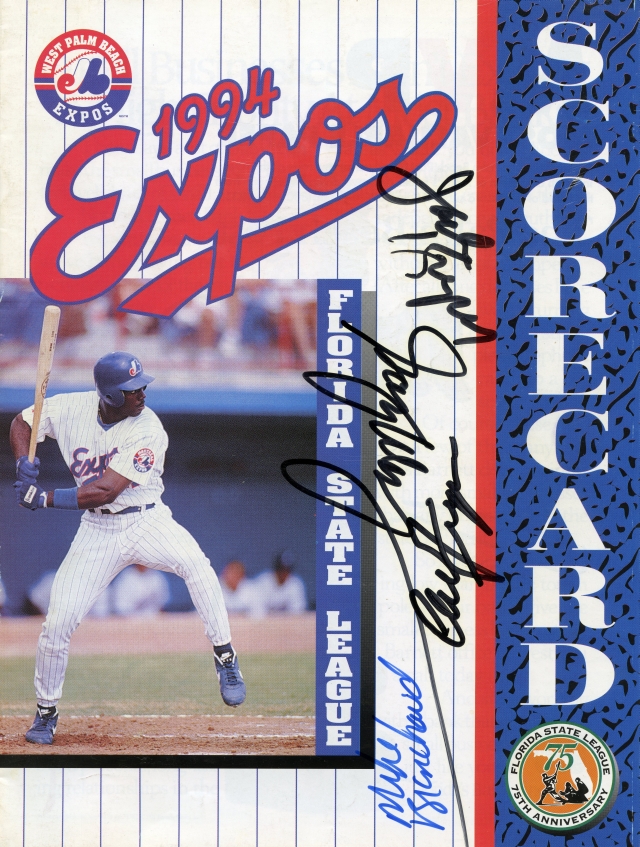