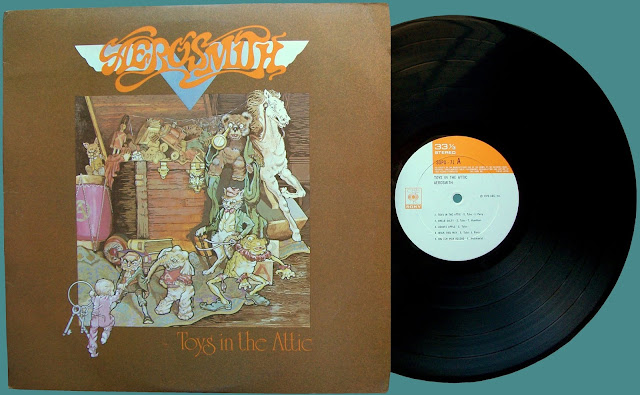 Toys In The Attic
Aerosmith (1975)
This iconic album, which includes rock anthems Sweet Emotion and Walk This Way, was released forty years ago today.

My favorite story about a song on this album happened nine years later in 1984.  By this point in his career, Steven Tyler was suffering from memory loss after years of drug abuse.  He and Joe Perry had put their differences behind them and were planning the Back In The Saddle tour when You'll See Me Crying was played on WBCN FM.  Tyler enjoyed it and suggested that Aerosmith record a cover of the song, to which Perry responded "It's us, fuckhead."