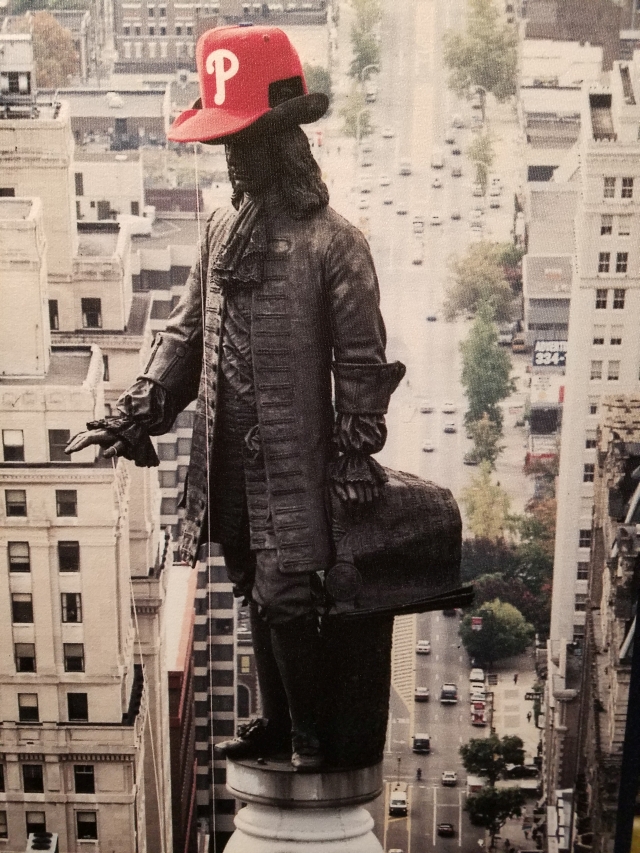 William Penn Statue
City Hall - Philadelphia, PA (1993)
During the 1993 World Series, the statue of William Penn at the top of City Hall in Philadelphia was given a massive seven foot tall Phillies hat.  A year later, a local sports memorabilia dealer named Glen Spence found the hat in a dumpster outside of Veterans Stadium and put it on the roof of his shop on Oregon Avenue.  The shop eventually closed and the hat was kept in storage until a few weeks ago when Mr. Spence put it up on eBay.  If you've got ten grand to spare, it can be yours. 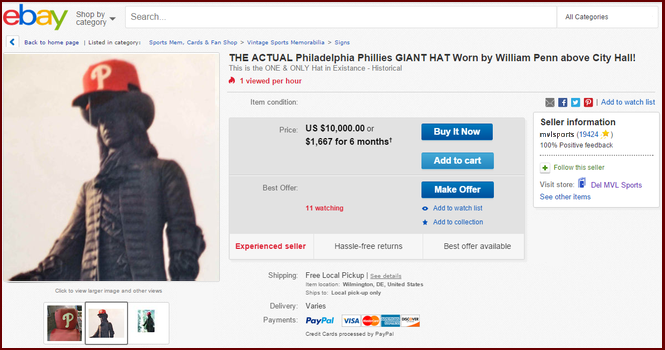