Wild Boys At The Steel Stacks 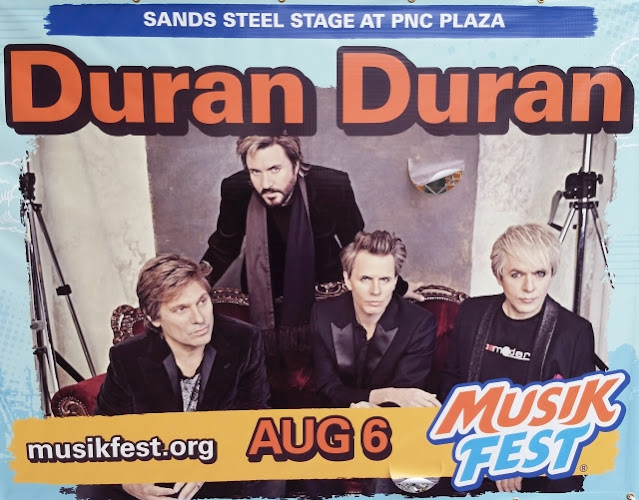 Duran Duran
Musikfest - Steel Stacks - Bethlehem, PA
I have loved Duran Duran for nearly as long as I've known what music was, so this concert is a dream come true for me.  It was held at the Sands Steel Stage at PNC Plaza, which is known around here as the Steel Stacks.  The stage is in front of the five blast furnaces that once were part of the Bethlehem Steel plant, which makes for a pretty incredible atmosphere for a rock concert.
Musikfest is a music festival in Bethlehem that takes place over several miles around the Steel Stacks. Although the major acts who perform at the festival sell tickets to their shows, there is no charge to get into the festival itself, and there are plenty of concerts on free stages.  There's also plenty to eat and drink, and lots of things do see and do. 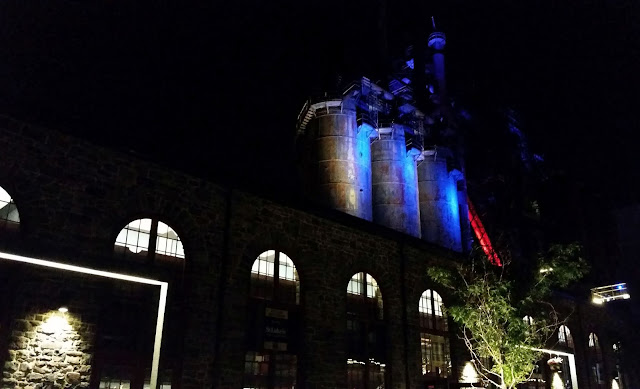 This photo shows the blast furnaces (aka: the Steel Stacks) from outside of the concert venue.  It really is a pretty gnarly backdrop for a rock concert. 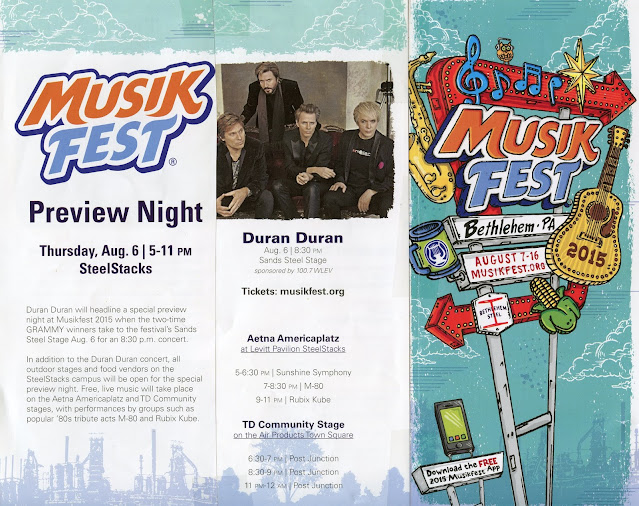 Although there was lots of things set up, today is technically considered "Preview Night".  Musikfest officially starts tomorrow and runs through August 16'th.
Rubix Kube was one of the acts that was playing on a free stage tonight.  We caught the second half of their set after Duran Duran, and they were awesome as always. 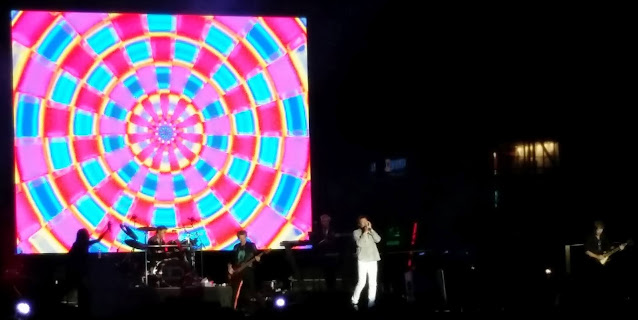 Our seats were pretty far back, so I really wasn't able to take photos, but they weren't bad seats.  We were close enough to see the stage, and we were sitting near some pretty cool folks who were just as obsessed with the music as we were. 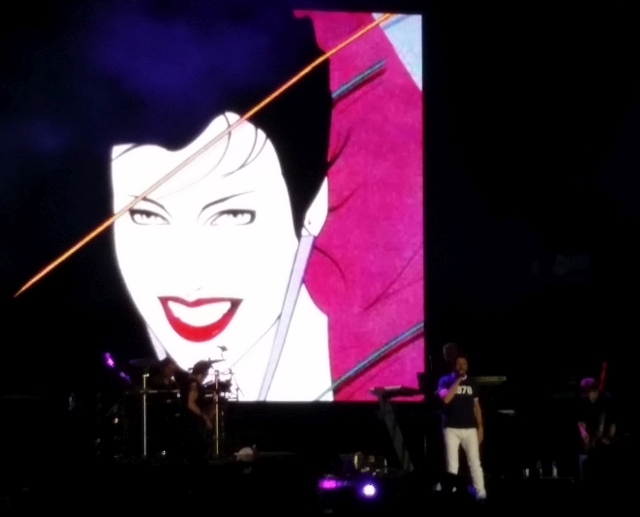 The show had a good mix of their classics from the 80's and 90's with a few newer hits sprinkled throughout.  They performed one song from their upcoming album, Paper Gods (Pressure Off), two songs from their 2010 album (Girl Panic and All You Need Is Now), and one song off of 2004's Astronaut (Reach Up For The Sunrise) with the rest coming from their vintage catalog.  They kicked off the set with Wild Boys and followed that up with their classic 007 theme, A View To A Kill (one of the best Bond songs of all time).  I was extremely happy to get to hear Come Undone and Ordinary World - two of my favorite Duran Duran songs.  Toward the end of the regular setlist, they played Notorious, Planet Earth and Hungry Like The Wolf.  They began the encore with their 1995 cover of White Lines before finishing the night off with Rio. 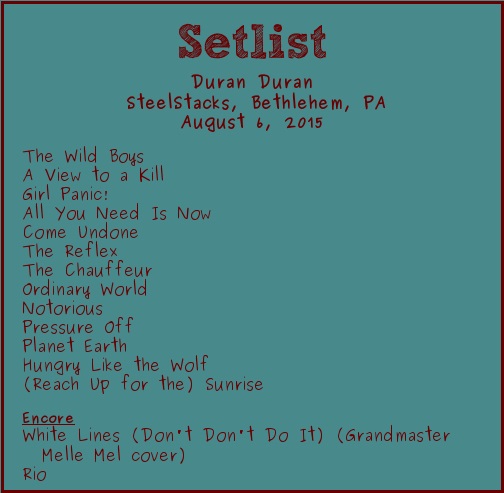