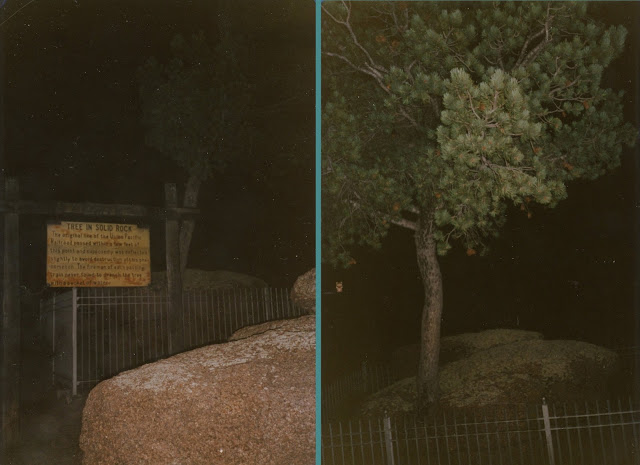 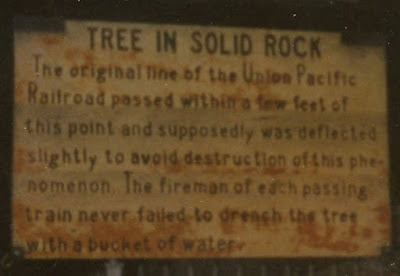 Tree in Solid Rock
Interstate 80 - Buford, WY
Not long after my 10th birthday, I went on a cross-country trip with my family to visit my uncle in Provo, Utah.  On the way home, we stopped in Wyoming and saw this tree growing out of a rock.  According to the sign, they diverted the path of the Union Pacific Railroad when they were building it so that they could preserve this tree.

I later learned that this tree is in a small Wyoming town called Buford.  In 1990 when I saw this tree, the town had a population of three residents.  By 2007, the population of Buford was down to one.