A Night Of Firsts 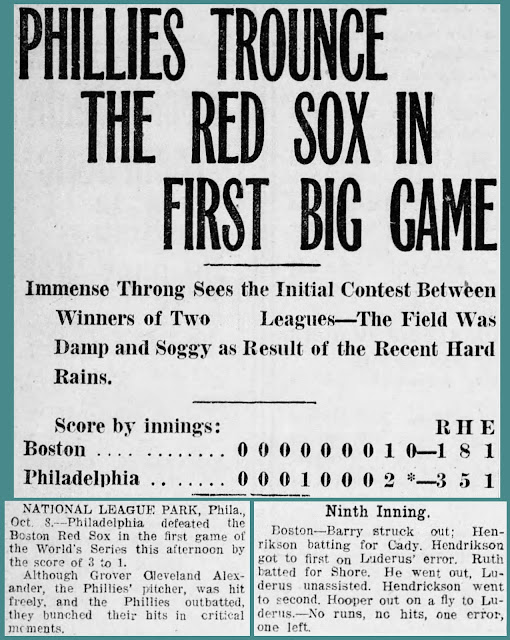 Although the Phillies first ever win in a World Series game is a huge part of the history of my favorite team, this game was memorable for another reason, although I doubt anyone watching the game knew it at the time.  A 20 year old rookie came into the game for the Red Sox as a pinch hitter in the top of the 9th.  It was a slightly odd move because the kid was a pitcher, but he was known to be a reliable bat.  He hit a sacrifice fly to advance the runner, and the next batter flied out to end the game.  It would be his only appearance in the 1915 World Series, but it was the first of many for a young kid who would go on to become perhaps the most known and beloved athlete in the history of the world.  This was the first World Series appearance of Babe Ruth. 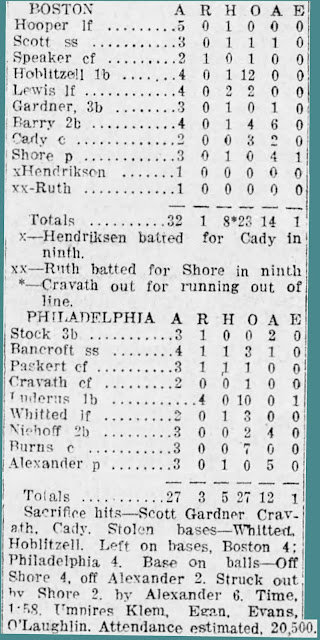