Eight O'Clock In The Morning 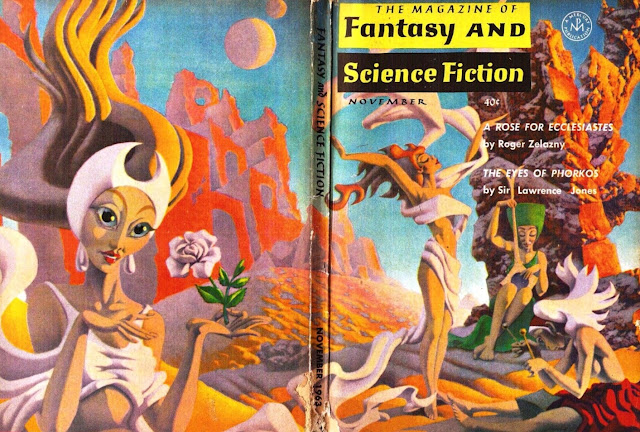 The Magazine of Fantasy and Science Fiction
Mercury Press - November 1963
This literary magazine has been the print source of some of the most brilliant and interesting works of fiction since they published their first issue in 1949, including The Dark Tower in 1981.  Their November 1963 issue included a short story by Ray Nelson called Eight O'Clock In The Morning.  John Carpenter acquired the film rights to it in the 80's and used it as the inspiration for his script for the 1988 film They Live.  It's a different story from the movie, but you can certainly see the elements that led to the cult classic.  You can read it online from Idoc.pub or listen to a reading of it from Newartthing Art.