The End of the 8-Bit Era 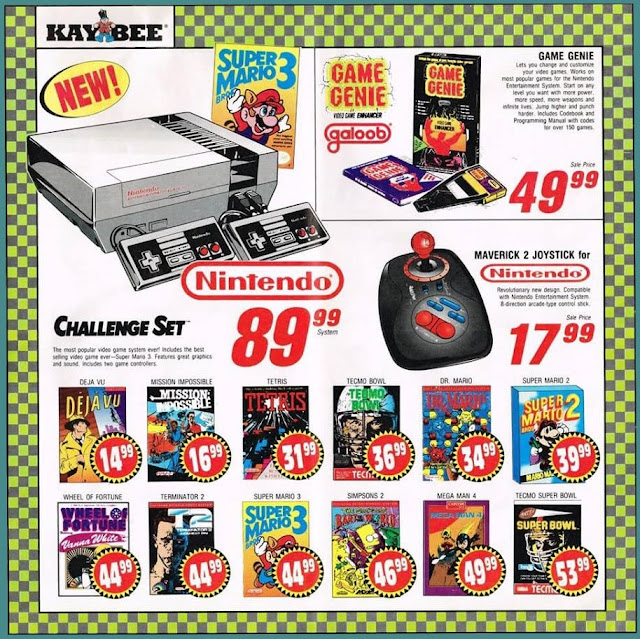 Nintendo sales flyer (1991)
KayBee Toys
At the end of the NES life cycle, they repackaged the console with Super Mario Bros. 3 as the pack-in title.  To this day, it's one of the most enjoyable games ever made.  The Game Genie came out in 1990 and it breathed life into some of the crazy hard games on my shelf.  Games that were once unplayable, like Deadly Towers, were halfway decent.

This flyer came out in December 1991, just a few months after the North American launch of the Super NES.  It was the first Christmas season that the NES and SNES were in stores at the same time.  The old 8-bit console was still going strong and still had a few hits yet to come, but we all knew that the end was near for the old grey box.