I'm One With The Force. The Force Is With Me. 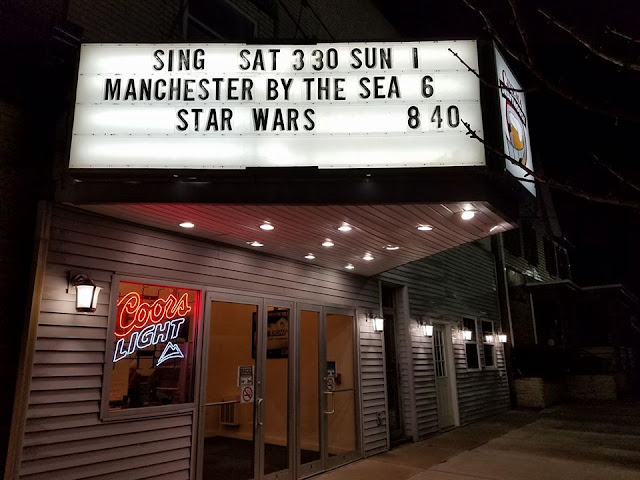 Rogue One: A Star Wars Story
Cinema & Drafthouse - West Hazleton, PA
I wasn't sure what to expect from Rogue One, but I'm happy to say that it's an absolutely incredible film that stays true to everything that made Star Wars great.  In fact, with the exception of The Empire Strikes Back, this might be my favorite movie in the franchise. 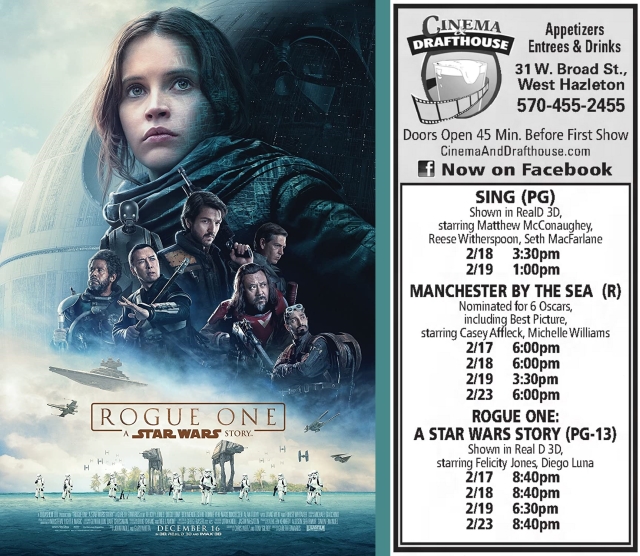 We saw it at the Cinema & Drafthouse in West Hazleton.  This theater is over a hundred years old.  It first opened in 1915 as The Hersker, and it's gone under several names changes and remodeling in the decades since.  When I was a teenager, it was called the Key Theater and they showed movies that had already come and gone from most theaters, but weren't available on home video yet.  I used to go to the Key a lot because tickets were only a dollar.
The Key survived the 20th century, but it didn't last too long into the 21st.  The theater was sold to a new owner who did a complete remodel of the seating area.  The traditional movie theater seats were removed and replaced with tables.  On March 21, 2003, it reopened as a combination movie theater and restaurant called the Cinema & Drafthouse.  I can't pretend it didn't lose a little bit of it's charm, but it's still a great place to see a movie, and they make a pretty tasty cheesesteak pizza.